Written by sk Published: May 16, 2017Last Updated on May 22, 2019 6.6k views
5 comments 2FacebookTwitterLinkedinRedditWhatsappTelegramEmail

A few days ago, we have published a guide that described how to create a list of installed packages and install them later from the list in Arch Linux, and its derivatives like Antergos, Manjaro Linux etc. Today, in this guide, we will do the same, but in other popular Linux distributions such as CentOS and Ubuntu. This will be helpful when you want to re-install your Linux system. You don't have to manually install the packages one by one after re-installing your Linux box. Just take the backup list of installed packages before formatting your system, and and install all at once from the list. This will also be helpful when you wanted to install the same set of software on multiple systems running with similar OS.

First, we will see how to do it in CentOS system. I tested this guide on CentOS 7 server edition.

Run the following command as root user to create the list of installed packages:

The above command will list of all installed packages on your CentOS 7 machine and save them in a file called pkglist.txt in your current working directory.

Now, we have created the list of installed packages. Keep this list safe. We need it later. Go ahead and format your system.

After reinstalling your Linux box, copy the pkglist.txt file to your system. You can also copy this file to any remote system using scp command. Just make sure you have installed the same version OS on your remote system.

Finally, install the packages from the pkglist.txt file using the following command as root user:

Replace the path of /root/pkglist.txt file with your own.

Done! The package manager will install all packages listed in the pkglist.txt file on your CentOS box. 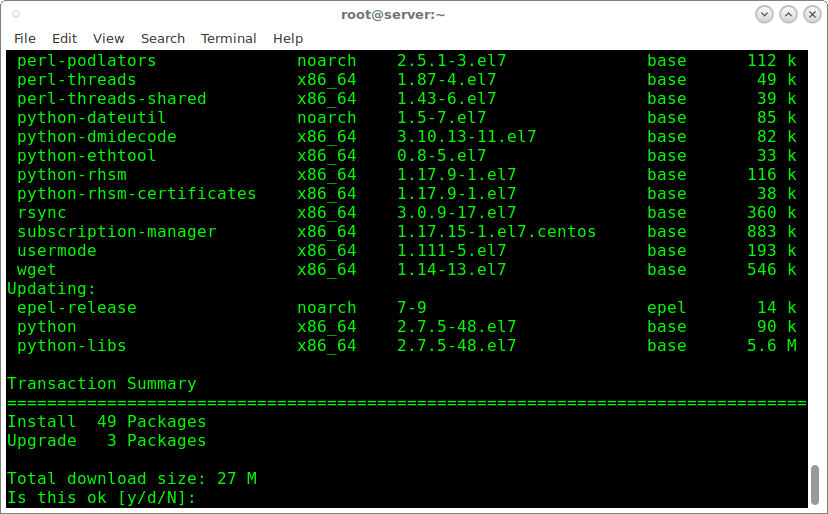 You can use this pkglist.txt file to all systems on your network. Please note that the package manager will only install the packages from the default official repositories. If you have enabled any other extra repositories on your old system, you need to add them first before installing the software.

Create list of all installed packages and save the in a file called pkglist.txt in DEB based systems, run:

Now, we have created a backup list of installed softwares. Keep this file in a safe location. Format and re-install your Ubuntu machine.

After reinstalling Ubuntu, run the following commands one by one to re-install all software from the backup list.

Or, combine all of above commands into a single line command and all software from the pkglist.txt file as shown below.

Replace the path /home/sk/pkglist.txt file with your own. 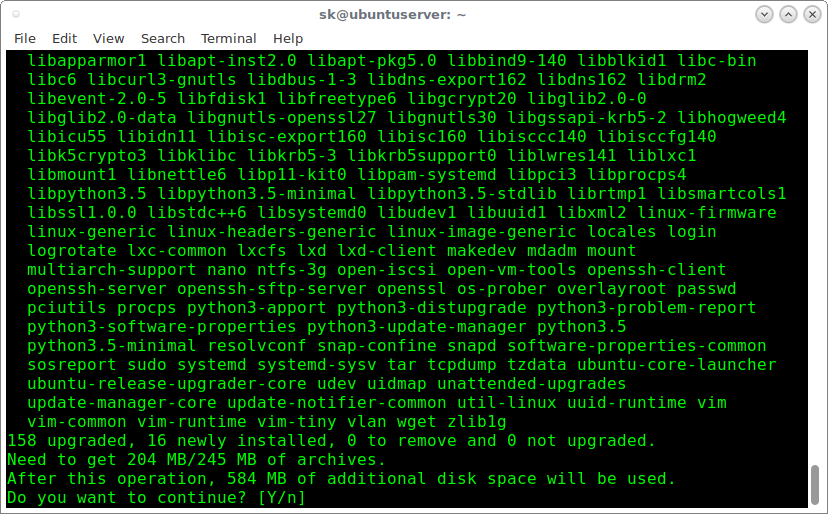 Please note that if you have used any external repository or PPA in your old system, you need to add them before re-installing software from the backup list.

How To Install FFmpeg In Linux

How To Automatically Disable Touchpad When Typing In...

How To Quickly Create Files Inside Nested Directories...

If the question is reinstall the system with previously loaded pkgs then same thing we can do by using Kickstart file.Even we can do more by using it including partition,PKG install and configuration etc.

How do we create a list of PPA’s & other sw sources then?

Have a look at this -> https://ostechnix.com/how-to-migrate-system-settings-and-data-from-an-old-system-to-a-newly-installed-ubuntu-system/

Unfortunately pkglist.txt will not contain the versions of the packages installed. This is important when attempting to “freeze” the state of the packages so that the exact same package versions can be installed later on.
To store the version number for each package is a common feature in most software packages (node npm, Python pip, Ruby gems, Go vendor.json, etc). I’m surprised to see the same ‘dpkg –get-selections’ answer everywhere even though it doesn’t solve that issue.