Font Finder is the Rust implementation of good old Typecatcher, which is used to easily search and install Google web fonts from Google's font archive. It helps you to install hundreds of free and open source fonts in your Linux desktop. In case you're looking for beautiful fonts for your web projects and apps, Font Finder can easily get them for you. It is free, open source GTK3 application written in Rust programming language. Unlike Typecatcher, which is written using Python, Font Finder can filter fonts by their categories, has zero Python runtime dependencies, and has much better performance and resource consumption.

In this brief tutorial, we are going to see how to install and use Font Finder in Linux.

Since Fond Finder is written using Rust programming language, you need to install Rust in your system as described below.

Font Finder is also available as flatpak app. First install Flatpak in your system as described in the link below.

You can launch font finder either from the application launcher or run the following command to launch it.

This is how Font Finder default interface looks like. 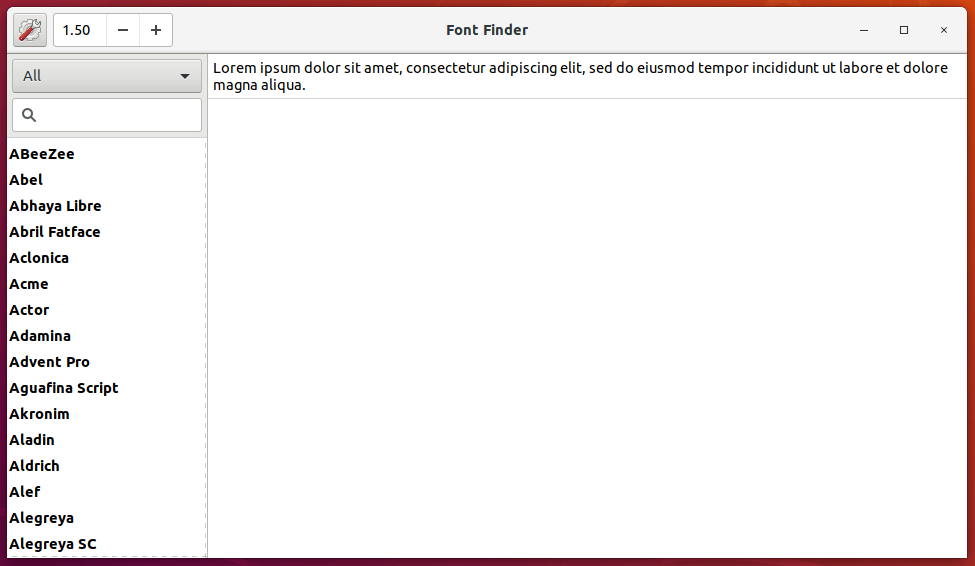 As you can see, Font Finder user interface is very simple. All Google web fonts are listed in the left pane and the preview of the respective font is given at the right pane. You can type any words in the preview box to view how the words will look like in the selected font. There is also a search box on the top left which allows you to quickly search for a font of your choice.

By default, Font Finder displays all type of fonts. You can, however, display the fonts by category-wise from the category drop-down box above the the search box. 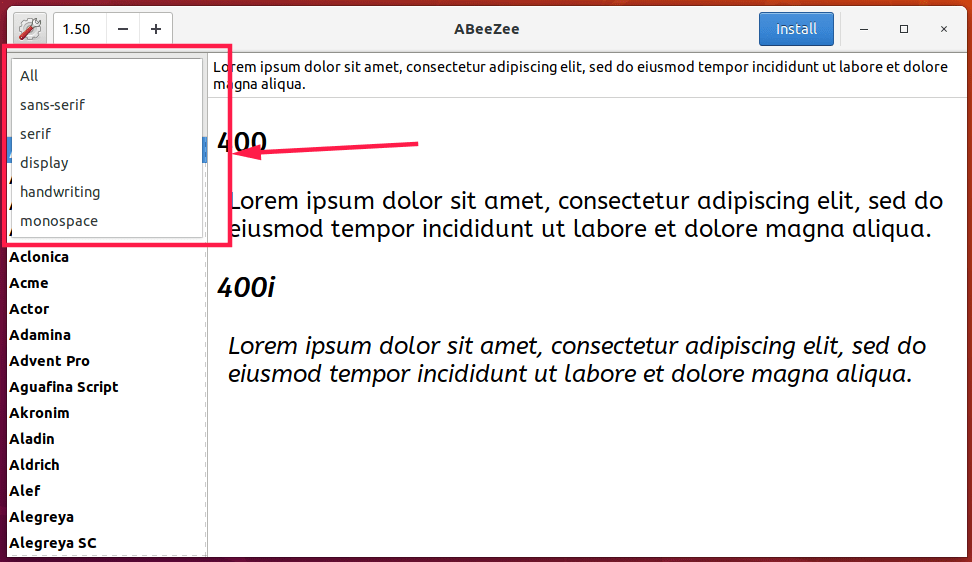 You may noticed that there are some numbers like 100, 100i, 200, 300 .... in the preview section. These numbers indicates the font weight. The font weight defines the weight of the text.

To install a font, just choose it and click the Install button on the top. 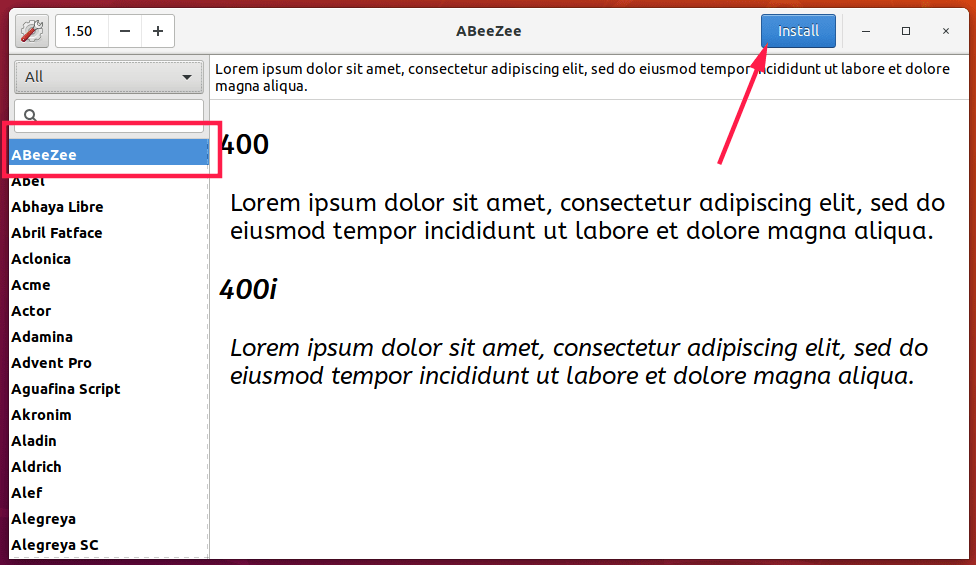 Once the fonts are installed, test the newly installed fonts in any text processing applications.

Similarly, to remove a font, just choose it from the Font Finder dashboard and click the Uninstall button. It's that simple!

The Settings button (the gear button) on the top left corner provides the option to switch to dark preview. 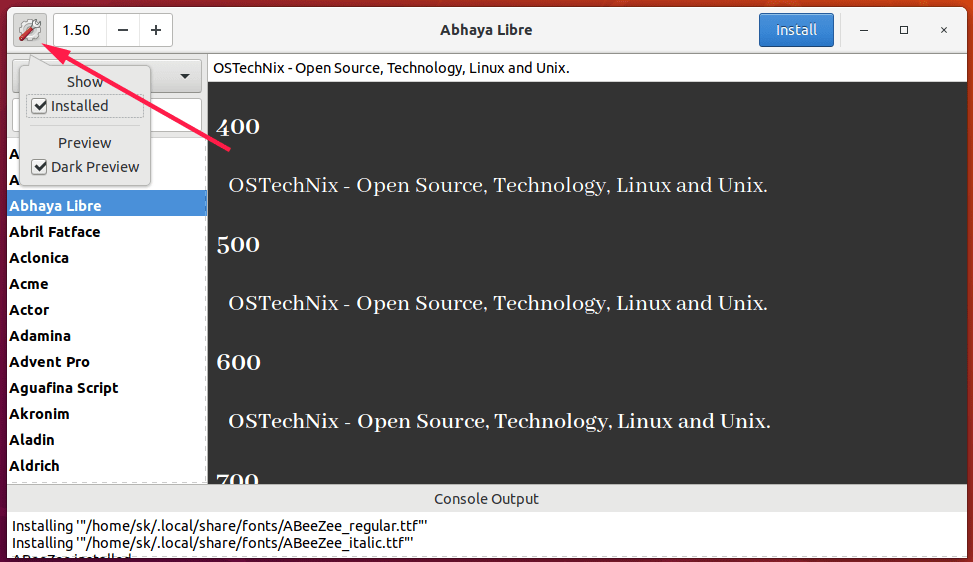 A Beginners Guide To Flatpak

How To Use Vim Editor To Input Text Anywhere

How To Find The Oldest File In A...

Everything you have explained above is self-explanatory. But exactly what I don’t understand, you didn’t explain.

1. What does 100, 200, 300, 400 mean? It cannot be the font size. Are there different font thicknesses of the same font? That’s news to me. I have tried many *.ttf fonts (not from google) and have never encountered different thicknesses. Unless there is a “Bold” variant.

2.Why is “Font Finder” about 600 MB in size? I thought the font would be downloaded then? Or is the font already integrated in the package that it is so big.

Thank you very much.

1. 100, 100i, 200 … indicates the font weight.The font weight defines the weight of the text.
2. It is a flatpak. A flatpak app is bundled with all necessary dependencies/libraries in one package. That’s why it is 600MB in size.

Reply Retweet Favorite
How To Find The Oldest File In A Directory Tree In Linux #Linux #Linuxcommands #Linuxtips #Linuxhowto - https://t.co/tEYNxyQSns

Automatically Wake Up Your Linux System From...