How To Find Installed Applications With Installed Size In Linux

The other day I witnessed that my hard drive is running out of space. I opened the file manager (I am using Caja file manager right now), and examined the files and folders in my hard drive. I already know how to find the size of directories from command line. So, I could easily identify which files/folders are consuming more space and delete some of them which are no longer necessary to free up the disk space. However, I have no idea how much space an installed application would consume. If you ever wondered how to find the installed applications with disk space consumed by them, read on.

There might be many ways to do this, but I prefer the following three methods.

In Ubuntu and its derivatives, we can easily find it using Synaptic package manager. If your system don't have synaptic, install it as shown below.

Once installed, go to Settings -> Preferences and click on "Columns and Fonts" tab. Then, check the column boxes named "Size" and "Download size". 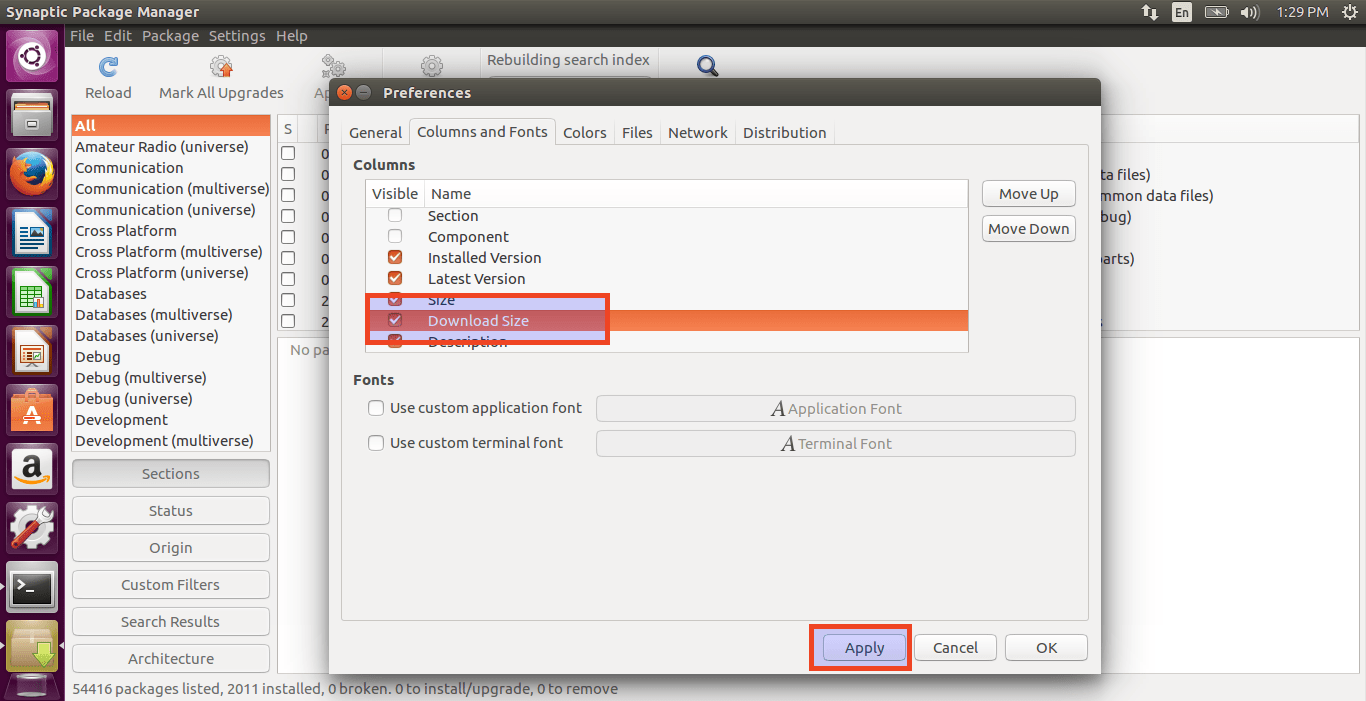 After enabling those columns, go back to the main screen of Synaptic, and click on Status tab on the left and choose "Installed" option. You will there see the installed applications along with their size. 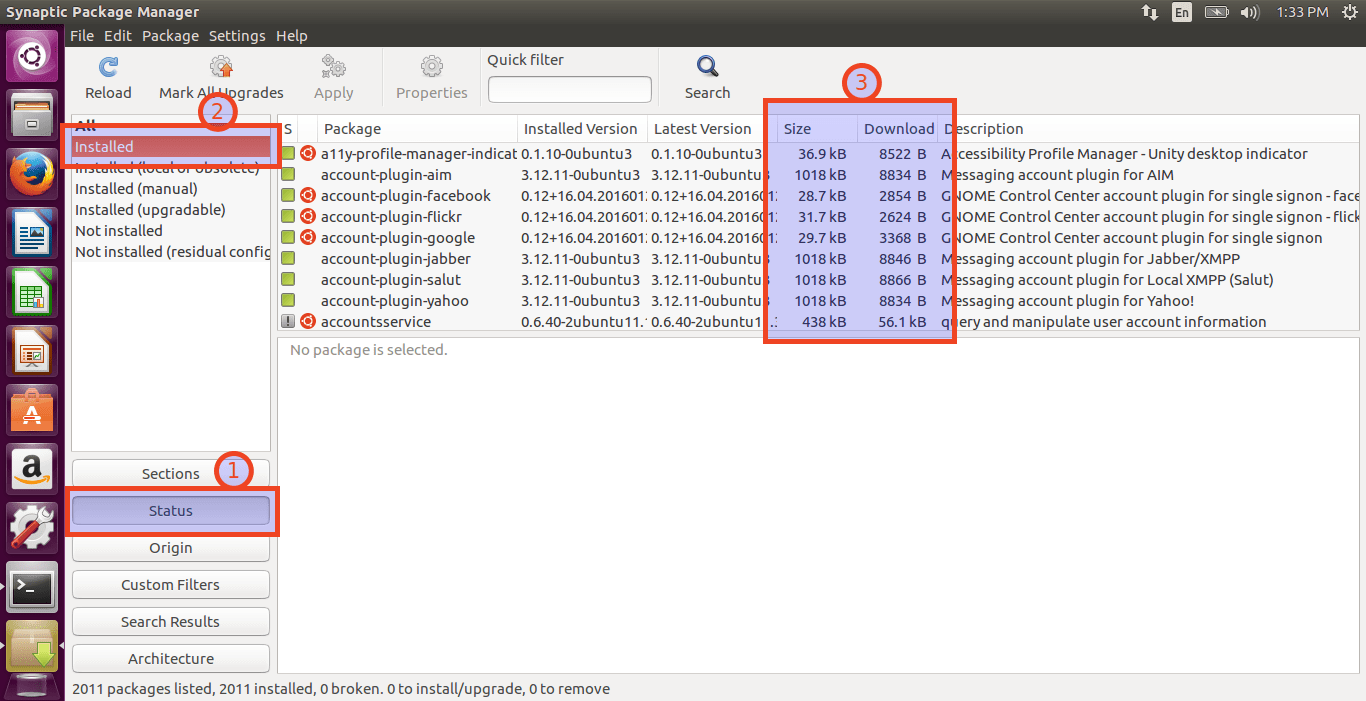 Here, the “%10{size}” parameter indicates that the size should be aligned right and padded by 10 characters. The “%-25{name}” sets the package name to be aligned left and padded to 25 characters. Finally, "sort" command will sort the result line as per the specified numeric value (-n).

This command will display the installed packages by size. Largest packages packages will be displayed last.

Pacgraph visualizes the installed applications in a pretty graph. It was originally developed for Arch Linux and its derivatives. Now, it is ported to other distros as well.

To install it in Arch Linux and its derivatives, run:

Well, we have installed pacgraph. Let us now see how to find the installed applications withe disk space consumed by them using command:

Here is the sample output from my Arch Linux desktop. The largest packages will be shown first.

If your system has graphical DE, you can easily display the graph of all installed packages by running: 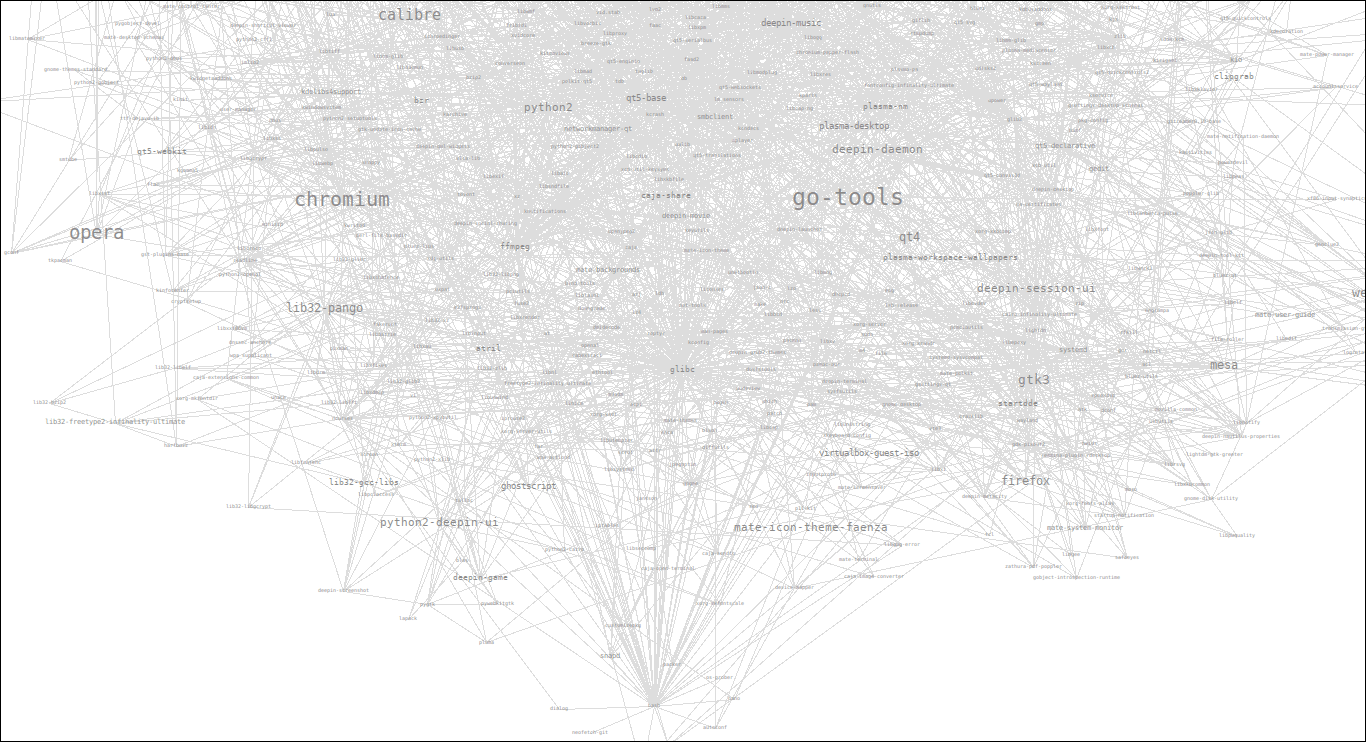 That's it. You know now how to find the currently installed applications along with the disk space consumed by them in Linux. This can be useful when you want to get rid of unwanted applications in your system to free up some space.

How To Manage Vim Plugins Using Vundle On Linux

How To Sync Browser Profile Into Tmpfs (RAM)...

I meant Ubuntu and derivatives like Linux Mint. Sorry for the confusion. I corrected it now.

`sudo apt-get install pacgraph` does not work on Ubuntu 14.04

I don’t have that version installed – maybe in future.