How To Find The Port Number Of A Service In Linux

You might often need to find the port names and numbers for some reasons. If so, you're in luck. Today, in this brief tutorial, we are going to see the easiest and quickest ways to find the port number of a service in Linux operating system. There could be many methods to do it, but I am aware of the following three methods only at present. Read on.

Find The Port Number Of A Service In Linux

To find the default port number of a given service in Linux using grep command, just run:

For example, to find the default port of a SSH service, simply run:

It's that simple. This command should work on most Linux distributions. Here is the sample output from my Arch Linux test box:

As you can see in the above output, the default port number of SSH service is 22.

Let us find the port number of Apache web server. To do so, the command would be:

You can, however, narrow down the result to exact output using "getent" command like below:

To display all port names and numbers, simply run:

The Whatportis is a simple python script used to find port names and numbers. Unlike the above commands, this utility displays the output in a nice tabular column format.

Make sure you have installed PIP package manager. If not, refer the following link.

Now, you can find what port is associated with a service as shown below.

Sample output from my CentOS 7 server: 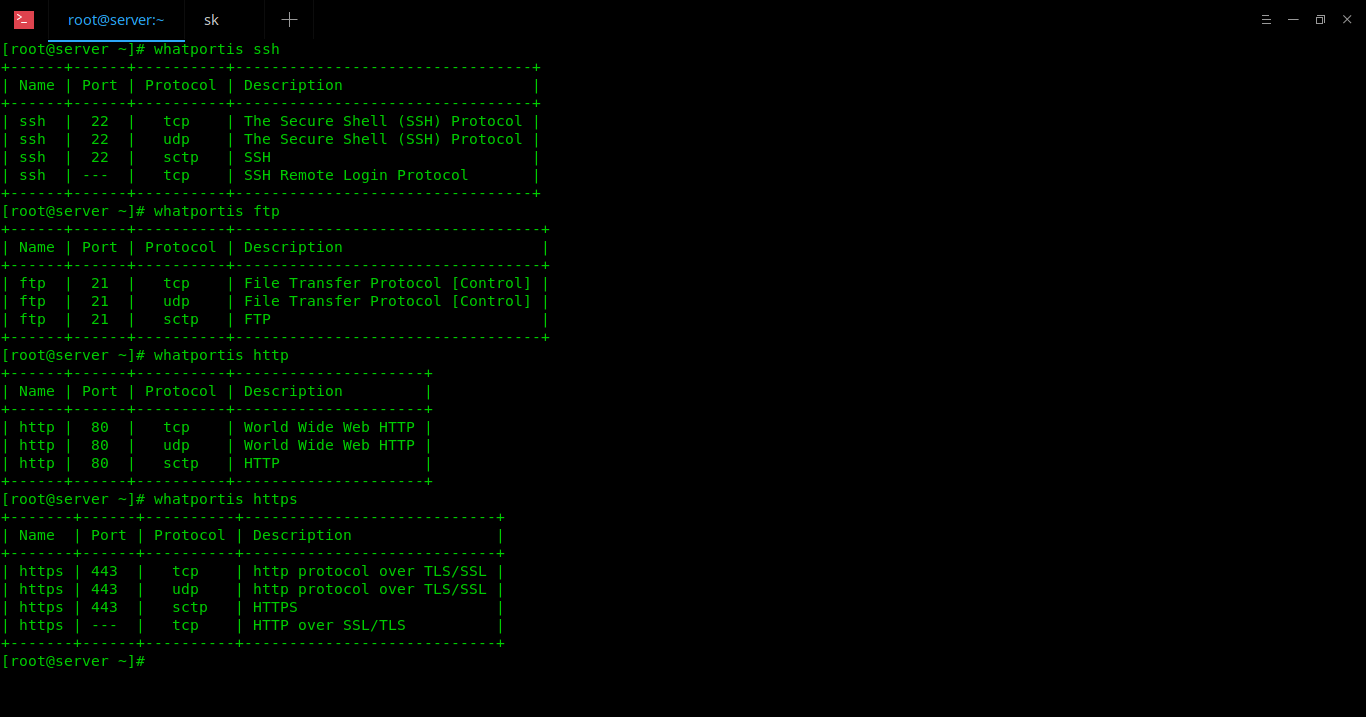 Find The Port Number Of A Service In Linux

If you don't know the exact name of a service, use --like flag to display the relevant results.

You can even display the results in JSON format. 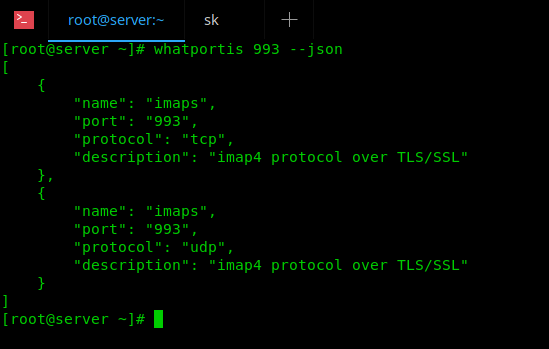 And, that's all for now. You know now how to find the port names and numbers in Linux using three simple methods. If you know any other methods/commands, let me know in the comment section below. I will check and update this guide accordingly.

How To Remove Everything Except The Base System In Arch Linux

Ping Multiple Servers And Show The Output In...

How To Install And Use Vim-plug Plugin Manager...

Copy Files And Create Target Directories At The...