Etcher is a beautiful, simple and free GUI tool that allows you to create bootable USB drives and SD cards in Unix-like operating systems. It is created using JS, HTML, node.js and Electron. No more complicated install instructions, It will work just fine out of the box. You don't need to be an advanced user to install and use it. Etcher is cross platform tool, so It works on Windows, Mac OS X and on almost all GNU/Linux distributions. Etcher is also available command app, so you can also use it on your Linux servers that doesn't have any graphical user interface.

Head over to the Etcher download page and download the latest installation file depending upon your distribution's architecture. I use 64 bit Arch Linux, so I downloaded 64 bit installer file.

Once downloaded, go to the download location and extract it.

Go to the folder extracted folder and make the Etcher installer file as executable as shown below.

If it ask you to install Etcher on your system, just select Yes. 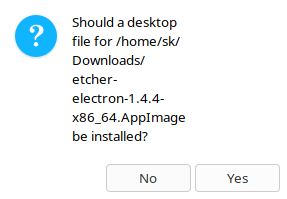 On Debian and Ubuntu and all DEB based systems, there is an official repository. Run the following command to add the Etcher repository:

Update the sources list and install Etcher as shown below.

On RHEL, Fedora, CentOS, you can install Etcher as shown below.

After installing Etcher, launch it from menu. It will be probably found under System settings menu.

Here it is how Etcher default interface looks like. 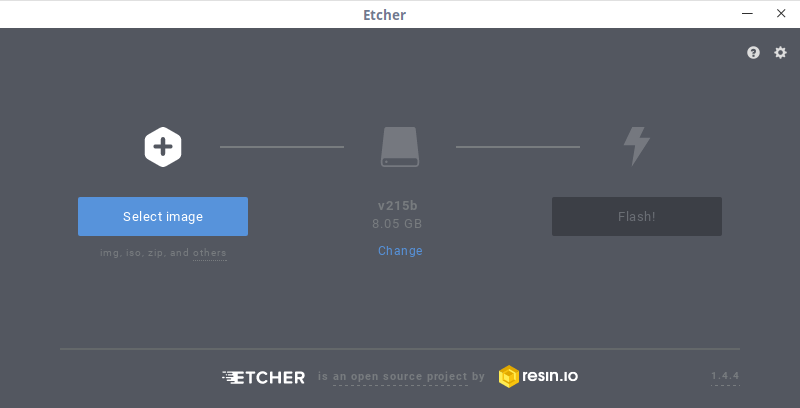 As you see in the above picture, the Interface is really simple and beautiful. You can easily find out how to burn an Image, can't you?

Let me show you how to create an Ubuntu bootable USB drive.

To do so, insert your pen drive. No need to select the usb drive, Etcher will do it automatically for you. Click on "Select image" and select your OS image. once you selected the image click Flash. 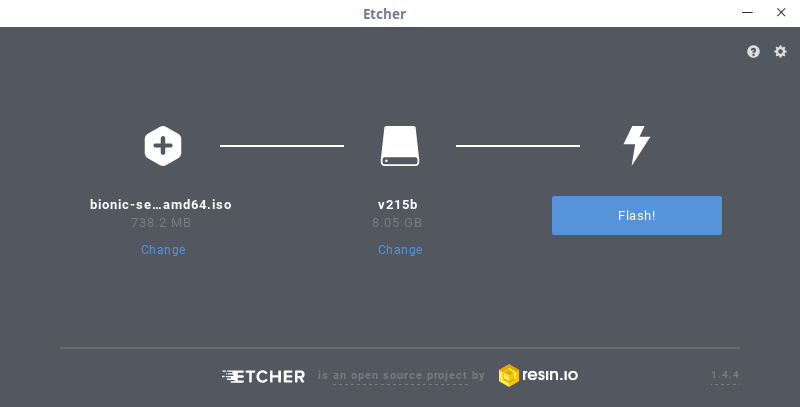 You can also flash multiple at once. Click on Change option in the above wizard and choose the devices you want to flash.

Now, Etcher will start to burn image on your USB drive. 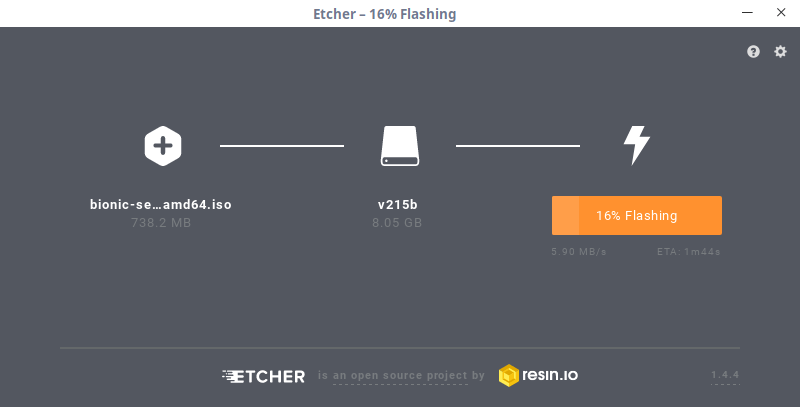 After burning the image, your USB drive will be safely ejected automatically. 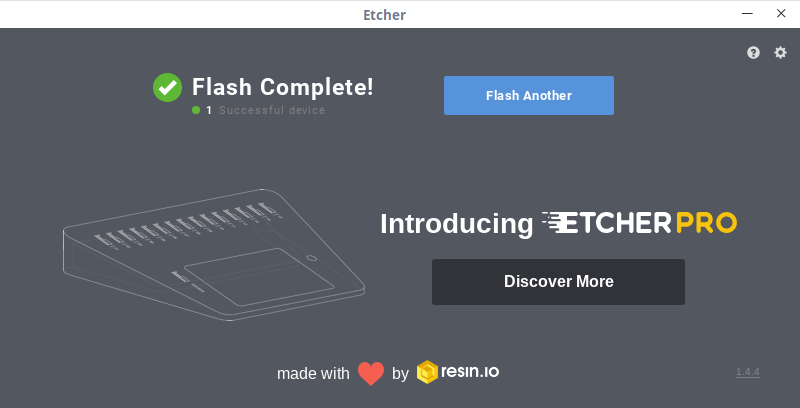 Like I said, Etcher is also available for command line mode. To install it, you must install Node.js with npm. Refer the following link to install NpdeJS on your Linux machine.

After installing npm, run the following command to install Etcher:

To burn an Image, just use the following command with exact OS image path:

If you're not happy with Etcher, run the following commands to uninstall it depending upon the distribution you use.

To uninstall Etcher on Debian, Ubuntu, do:

To uninstall Etcher on RPM based systems, do:

To uninstall Etcher CLI version, use the following command:

If you have downloaded the Electron file, simply remove it.

Etcher Pro is the next commercial stand-alone hardware device that allows you to write to multiple cards or usb disks at once, at extreme speeds. Compared to a traditional Disk Duplicator, Etcher Pro is faster and less expensive, while at the same time easier to use and packed with features, so that you can do much more than just copy SD Cards. If you want to keep up with our progress, sign up on the Etcher mailing list to receive regular updates!

While testing Etcher, I noticed that Etcher is not only simple to use, but also fast and safe. It burned a 4+ GB sized CentOS 7 OS image to my USB drive within 2 minutes. As far as I tested Etcher on my Arch Linux desktop, I didn't find any issues so far. The developers of Etcher are working to extend its features such as writing images simultaneously to multiple drives and more. Hope this tool will help you. Give it a try, you won't disappointed.

How To Fix ECDSA host key Warning Error In Linux

Is it possible to make a windows 7 usb install stick with this?

I never tried Windows ISO. Sorry I couldn’t help. Check yourself and let us if it works.

This is the only guise that helped me to install Etcher, The others only wasted time
Thank you 🙂
Can you update link to the latest version ?

Will etcher replace reFind’s boot manager capability? I would like to run Ubuntu 16.04.2 Server LTS side by side with my MacOS Sierra on my laptop. Which means I want to be able to choose the OS I would like to run, OR better yet if I want to run MacOS I would just turn on the Mac. And if I want Ubuntu, then that is the only time I will hold on to the Alt/Option key and then I can choose Ubuntu Server to run.

Will this work on an Arch I built myself…. until now I could only run in sandbox inside a vm?

It works well on Arch Linux.

Move Unity launcher To The Bottom In...

How To Find The Mounted Filesystem Type...

How to Setup NFS Server in CentOS...