Creating bootable USB on Linux is easy! We already have shared a few guides on this topic. We can create bootable USB devices using dd command, Etcher, Bootiso, MultiCD and Mkusb. As far as I tested, Etcher can be able to flash multiple USB devices at once. Today we will learn about yet another USB bootable device creator named Popsicle. It is a multiple USB File Flasher written in Rust. Meaning - It can be able to flash multiple USB devices in parallel. Popsicle is the official USB flashing utility for Pop!_OS. For those wondering, Pop!_OS is an Ubuntu-based OS developed by System76, an American computer manufacturer. It comes pre-installed with Computers shipped by System76. Now let us learn how to create multiple bootable USB drives using Popsicle, all at once.

Popsicle comes pre-installed with Pop!_OS by default, so you don't need to install it.

Since Pop!_OS is based on Ubuntu, you can install Popsicle on Ubuntu and its derivatives using official Pop!_OS PPA as shown below.

Once installed Popsicle, remove the PPA. Because, it will keep asking you to upgrade to the next available Pop!_OS version.

You can add the PPA again when you want to update the Popsicle later.

Open Popsicle from Dash or Menu. It is available under name "USB Flasher" or simple type Popsicle on your Dash. 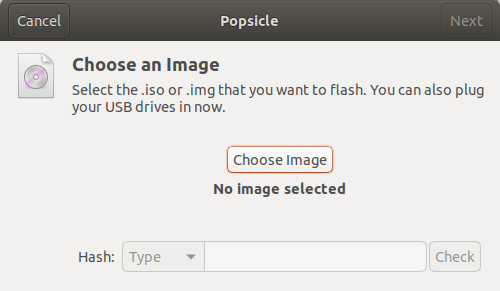 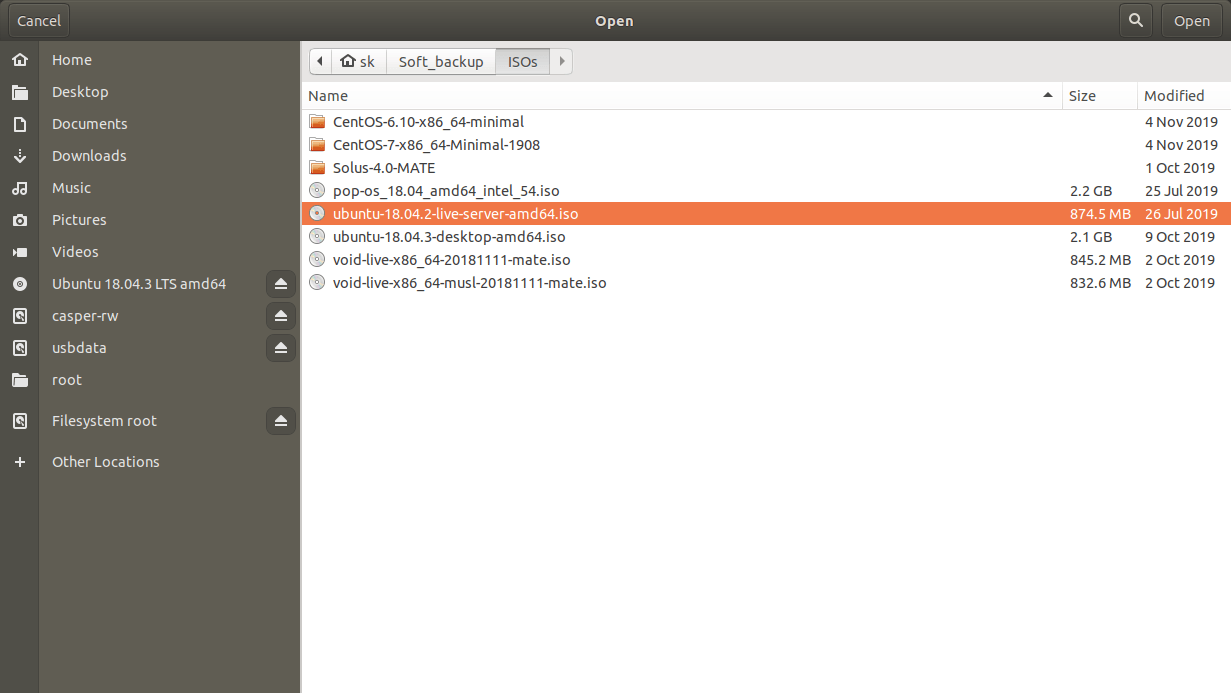 Choose the USB devices to flash from the list and click Next.  The usb device list will automatically update as you add or remove new devices. 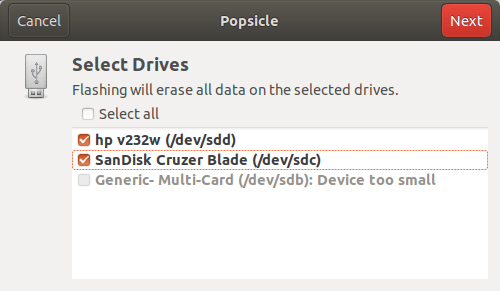 This will take a few minutes. You will see the following message on successful completion.

Now safely remove the USB drives and use the newly created USB bootable devices to install OS or test the live environment.

USB bootable drives can be used in multiple situations where you want to,

Like I already said, Popsicle has both CLI and GUI.

If you'd like to write images from command line, the command would be:

Here, -a flag is used to flash all detected USB devices. You can, however, flash a particular device like below.

Replace /dev/sdc1 with your USB device path. Type y to confirm and hit ENTER to start flashing the USB device.

How To Display Process Information Using Procs On Linux

How To Easily Find Awesome Projects And Resources...

How To Speed Up Compilation Process When Installing...

How To Display Thumbnail Images In Terminal

Could not install popsicle and popsicle-gtk on my Lubuntu aptop. Got the repository, but those files were not found = Unable to locate.

I tested Popiscle on Ubuntu 18.04 LTS desktop and it works good. I am not sure if it works under Ubuntu flavors and derivatives.

Running on command line worked for me. Example: “sudo popsicle Win10_1909_English_x64.iso /dev/sdc1” run from within the folder the ISO was locate in. For me the GTK version stalled at zero bytes and did not progress (Lubuntu 20.04) at all.