Downgrade A Package In Ubuntu

For the purpose of this tutorial, I am going to downgrade the Firefox package. 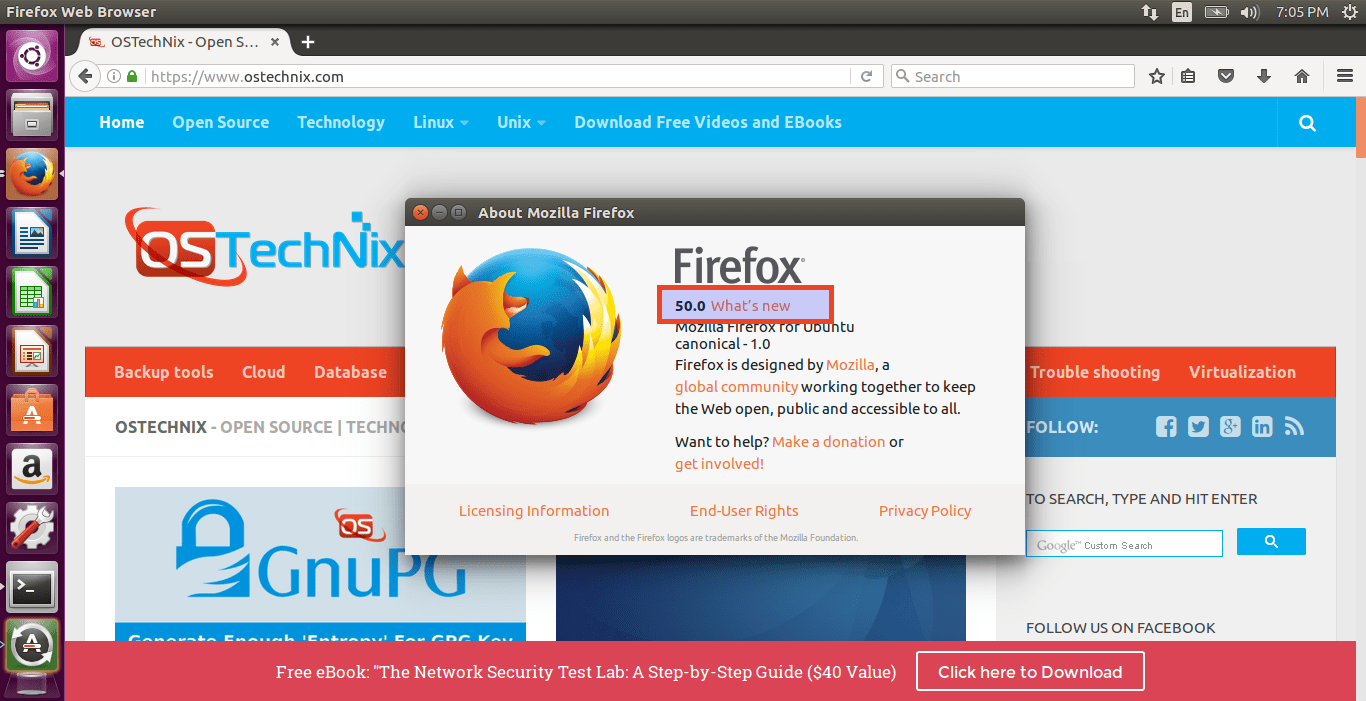 As you see in the above screenshot, my Firefox version is 50.

Say for example, I want to downgrade this Firefox version to its lower version i.e 45. How can I do that? That's what you're going to learn today.

But wait, I don't know the available older versions in the repositories, how can I find it out?

Run the command from your Terminal to list the available versions in the repositories. 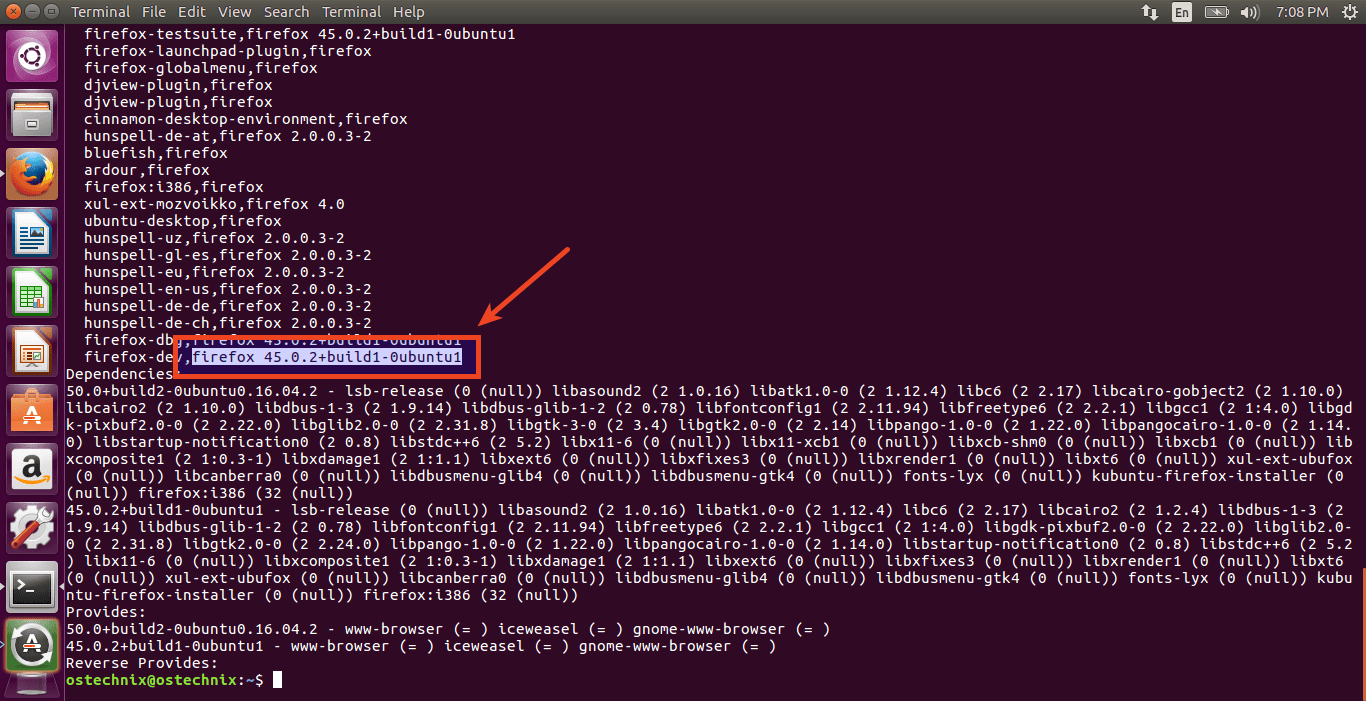 The above command will display the available Firefox version.

Let us downgrade Firefox version to 45. To do so, run:

Note: You should mention the version exactly as shown in the above command. If there is any spelling mistakes, this command will not downgrade the package and will display there is no such package in the repositories.

Restart all running Firefox instances. Now, you will see the Firefox has been downgraded to the older version. 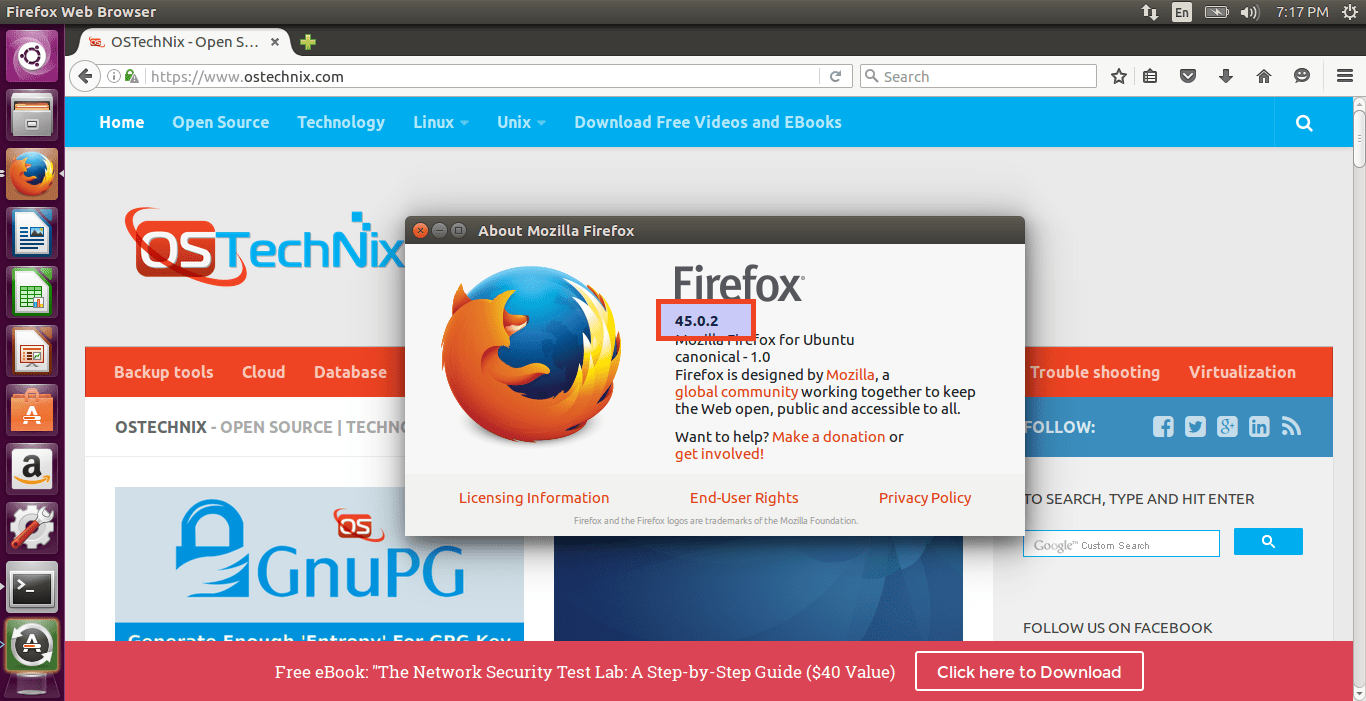 Alternatively, you can check the Firefox version from Terminal using command:

I want to keep Firefox version 48 forever. I don't want to upgrade it automatically. How can I do that? It's easy too. Read the following guide to know how to prevent a package from being automatically upgraded to next available version.

How to Generate Enough ‘Entropy’ For GPG Key Generation Process

How To View Hidden Passwords Behind Asterisks In Web Browsers

Copy Files And Create Target Directories At The...

Copy File Contents Into Clipboard Without Displaying Them