Gmail is, without doubt, the most popular and most-widely used free Email service provided by Google. The Gmail users can access their respective mail accounts on the web and through mobile apps for Android and iOS, as well as through third-party programs. Today, we are going to see one such third-party program called "Inboxer". It is a free, open source and unofficial Google inbox desktop client built with Electron. Using this application, you can access your Gmail as the way you do via the web browser or through any mobile apps. This application looks almost same as the Google Inbox web version and you won't notice any major difference while using it.

Since it is an electron app, the installation is not a big deal. Just download it, make it as executable and start using it in no-time. It is also available as .deb package, so you can install it on any Debian variants using dpkg package manager.

If you have downloaded .AppImage file, go to the location where downloaded it and make it as executable:

And, run it from the Terminal using command:

If you have downloaded the .deb file, install it as shown below.

How To Use Inboxer, An Unofficial Google Inbox Desktop Client

When you launch it first time (.AppImage file), you will be asked whether you want to add the Inboxer launcher icon in your application menu. Click Yes if you want to integrate it or click No if you don't want to. If you choose No, you will have to launch it from Terminal every time. 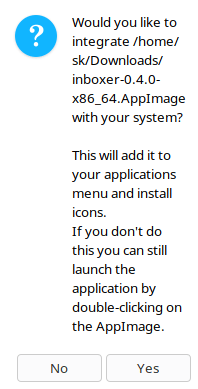 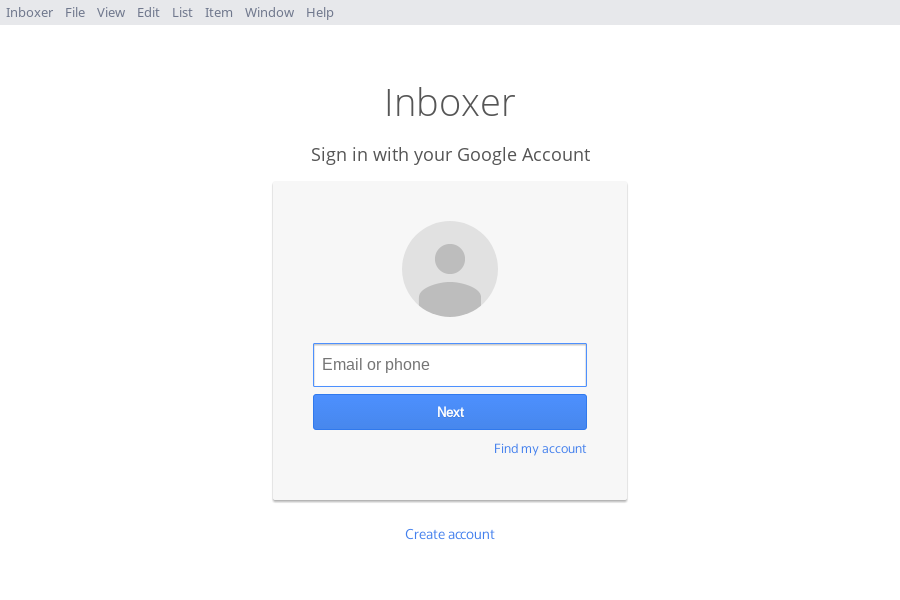 Next, you will see a quick tour guide. Click the arrow key to see what's in Inboxer application. 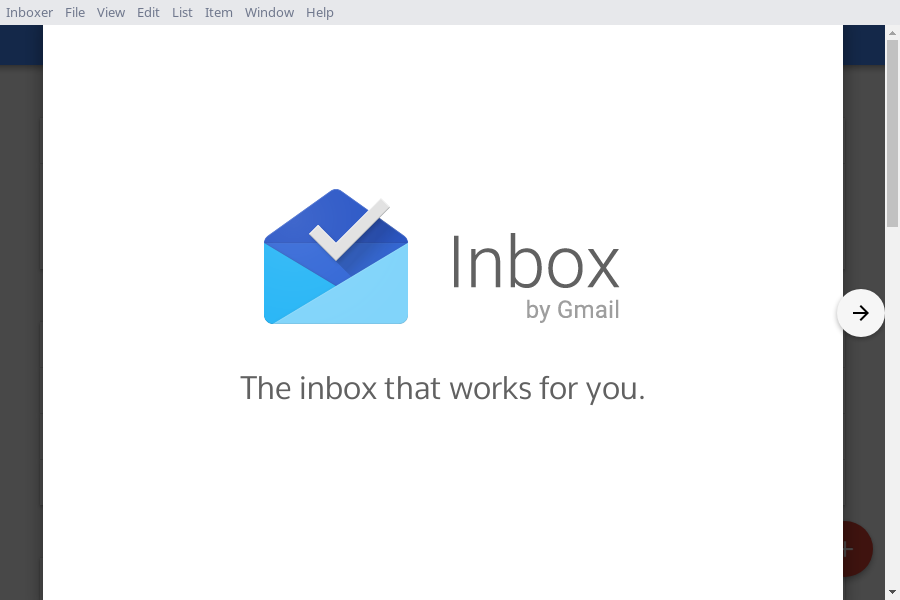 Finally, you will be landed in your Gmail inbox. 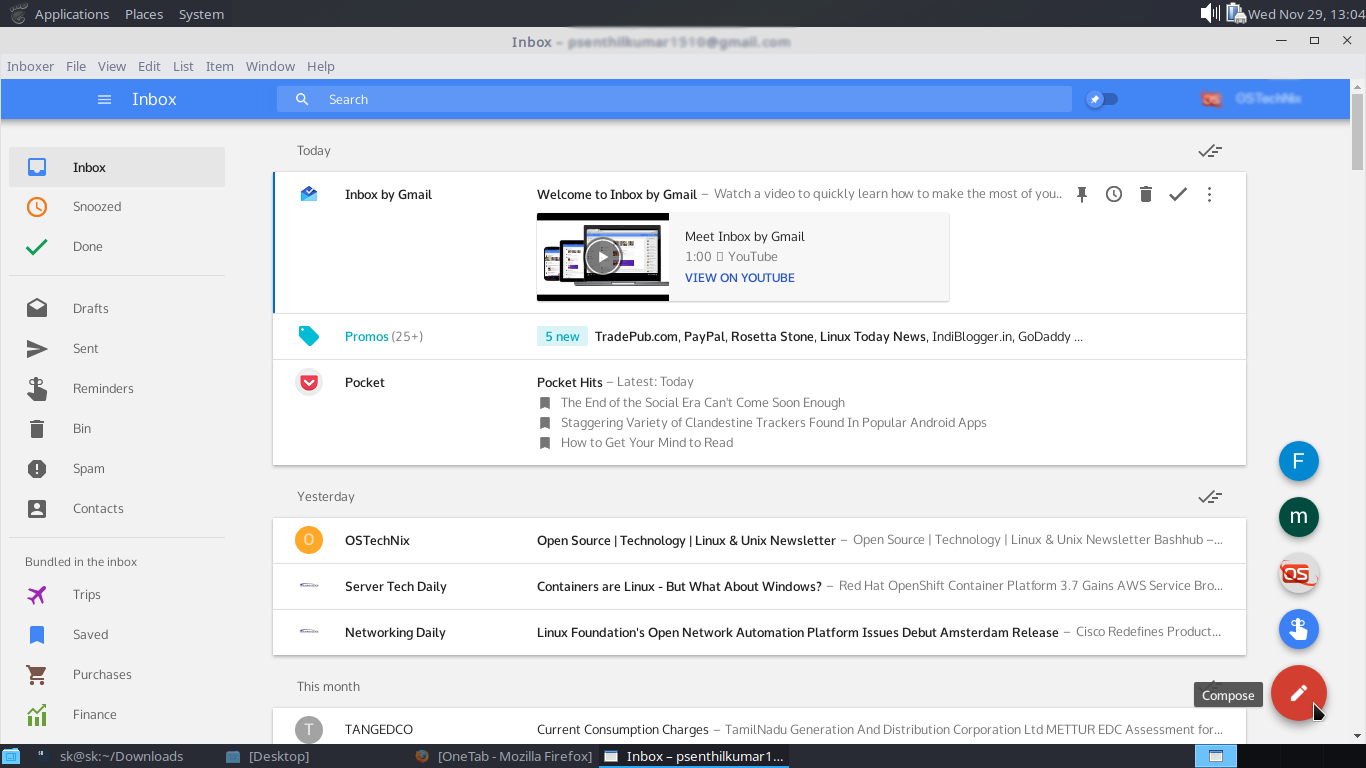 From here, you can read, compose, delete mails. You can also use the red-color round box on the bottom right corner to compose mail or view the recent chats. Click on the three horizontal lines on the top left, to hide/show the side panes.

As you can see, the interface is almost same as Gmail web version, so there won't be any hassles to use it even at the first time. Inboxer is being actively developed now, so we can expect more features in the days to come. Just keep an eye on the project's GitHub page for future updates.

Disclaimer: This application is not affiliated with, authorized, maintained, sponsored or endorsed by Google or any of its affiliates or subsidiaries. This is an independent and unofficial Google Inbox app. Use it at your own risk. Neither I nor the developer is responsible for any damages caused by this application.

How To Backup And Restore Application Settings Using...

How To Transfer Files Between Dropbox And Google...