Recreate Debian Binary Packages That Are Already Installed On A System

The dpkg-repack utility can be helpful in many situations where you want to,

The dpkg-repack is available in the default repositories of Debian, Ubuntu and its variants. To install dpkg-repack, simply run the following command:

For example, a while ago I installed Microsoft Teams application on my Ubuntu desktop.

I no longer have the teams.deb file. I deleted it right after installing the Microsoft Teams application. I can go to the official download page and download it again. But why should bother downloading it over and over? I can now simply recreate the teams.deb file from already installed teams package with dpkg-repack utility like below:

As you see, the above command recreated the "teams_1.3.00.5153_amd64.deb'" file from the Teams package that is already installed on my Ubuntu desktop. The newly created deb file will be saved in the current working directory.

Similarly, you can convert any installed Debian packages back to .deb packages using dpkg-repack utility.

It is also possible to recreate multiple deb files with space-separated:

If you can't rebuild the deb file due to any permission issues, try from fakeroot environment like below:

One interesting feature of dpkg-repack utility is if any changes have been made to the package while it was unpacked (i.e. files in /etc modified), the new package will inherit the changes.

Viewing the contents of deb file

You can view the contents of that deb file using command: 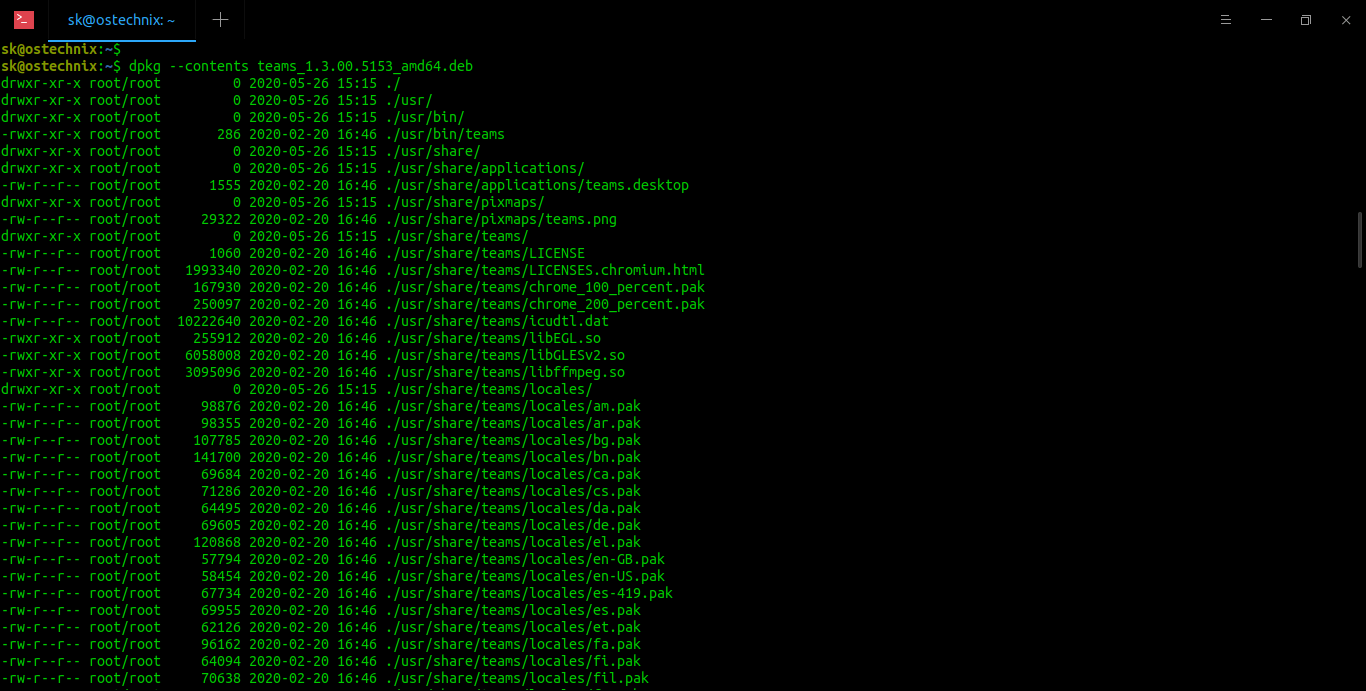 The dpkg-repack comes in handy when installing the same set of packages on multiple systems, just transfer them using external hard drive or via LAN to other systems and install them using dpkg command:

Alternatively, you can find the dependencies of the package as described in the following link:

And then recreate all of them using dpkg-repack as described above.

This will also help when you want to roll-back a package to the previous working version. For instance, let us say you just upgraded Vim package to new available version. If the new version is not working as expected, you can simply roll-back to the old version which you created earlier using dpkg-repack.

How To SSH Into A Particular Directory On Linux

How To Check Disk Space Usage In...