Microsoft is used to oppose open source software, especially Linux, in the past. Well, things have changed now! After Satya Nadella is appointed as its CEO, Microsoft began to embrace open source and supports Linux. MS open sourced some of its products, such as .NET framework and Visual studio Code. It released SQL server for Linux. MS started to support over half-dozen Linux distributions on Azure cloud platform. After that it released Windows Powershell and Windows Subsystem for Linux, a compatibility layer for running Linux binary executables natively on Windows desktop and server. It also has invested in Linux Foundation and acquired GitHub, a largest platform to host open source projects. And now Microsoft has announced that Microsoft Teams is now available for Linux users.

Microsoft Teams is a unified communication and collaborative platform that allows you to keep your teams chats, meetings, files and apps together in one place. If your company has a team of developers who uses Linux desktop, they can now use Microsoft Teams natively on their Linux desktops. Microsoft Teams clients are available for Microsoft Windows, Linux, Android and iOS. It also available as web app, so we can use it on any Internet-enabled devices, regardless of the operating system.

Microsoft Teams comes with all features to collaborate with your team.

On Debian and its variants:

Once installed launch Microsoft Teams client from Menu or Dash board.

Login with your registered Email and password. If you haven't one, create a new account from here. It is free! 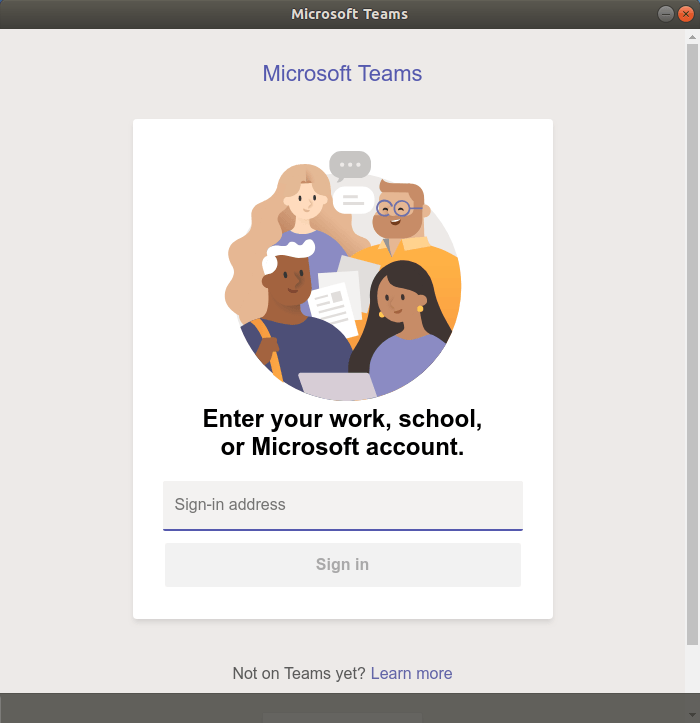 Here is how Microsoft Teams client looks like on my Ubuntu desktop. 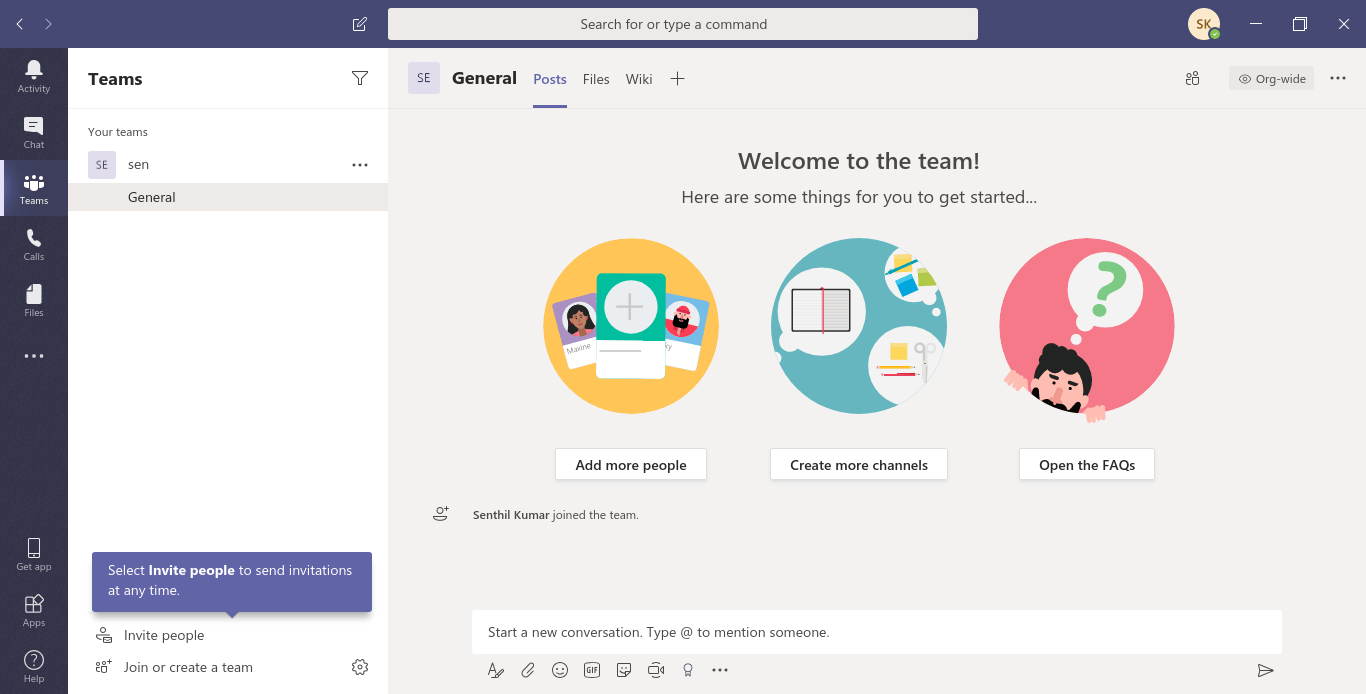 Now, start collaborating with your remote workers via Microsoft Teams!!

You don't have keep it visible all the time. Just close it when you don't need it. You can open it later by clicking on the Teams icon on your Taskbar and click Open.

It is worth noting that there is also a unofficial Microsoft Teams client for Linux is available. Check this GitHub repository for more details.

How To Install Ruby On Rails In Linux

How To Install And Use Yarn Package Manager...

Hi Senthil, thanks for the review. It helped me with my install of Microsoft Teams on Linux. I must howver say that my experience was very different from yours. The install is a breeze with the rpm available. But after that the hell starts. First my computer slows down very much, and even a reboot to start again took many many minutes longer because Teams decided to start itself at boot. Then, trying to register, it turned out that they first want all your data like email band phone number (otherwise you don’t get further) and then want you to buy some kind of license. When I then removed it, it turned out that Teams had taken the privilege of allowing its servers to communicate with mine by entering gpg keys without ever asking whether I agree. I’m not sure how this should be better than what is already available like Zoom…

Thanks for the article!!

Thats great news for all Linux users. Microsoft Teams Officially Available For Linux. It is one of the best online collaboration platforms which is at par with likes of Slack, Gomeetnow, Gotomeeting, Webex etc.

How To Fix do-release-upgrade: command not found...