How To Find Number Of CPU Cores From Commandline In Linux

When I am searching for ways to speed up compilation process in Arch Linux, I needed to know the number CPU cores in my system. After couple google searches, I found a few methods to find the number CPUs/Cores from command line in Linux systems. For those who wanted to know how many CPU Cores are in their Unix-like systems, this brief guide will help.

Find Number Of CPU Cores From Commandline In Linux

There might be several ways to find the number of CPU Cores in a system. Here is a few methods that I found online.

nproc is a simple Unix command to print the number of processing units available in your system. It is part of GNU Core utils, so it comes pre-installed with all modern Linux operating systems.

To find out the number of cores in your system, open up your Terminal and run the following command:

As you see in the above example, my processor is 4-core type.

The "lscpu" command is used to display the information about your CPU in human-readable format. The lscpu command is part of the util-linux package, so don't bother about installation.

To find the CPU cores, run:

The top command is used to display the dynamic real-time view of all running processes in your system. 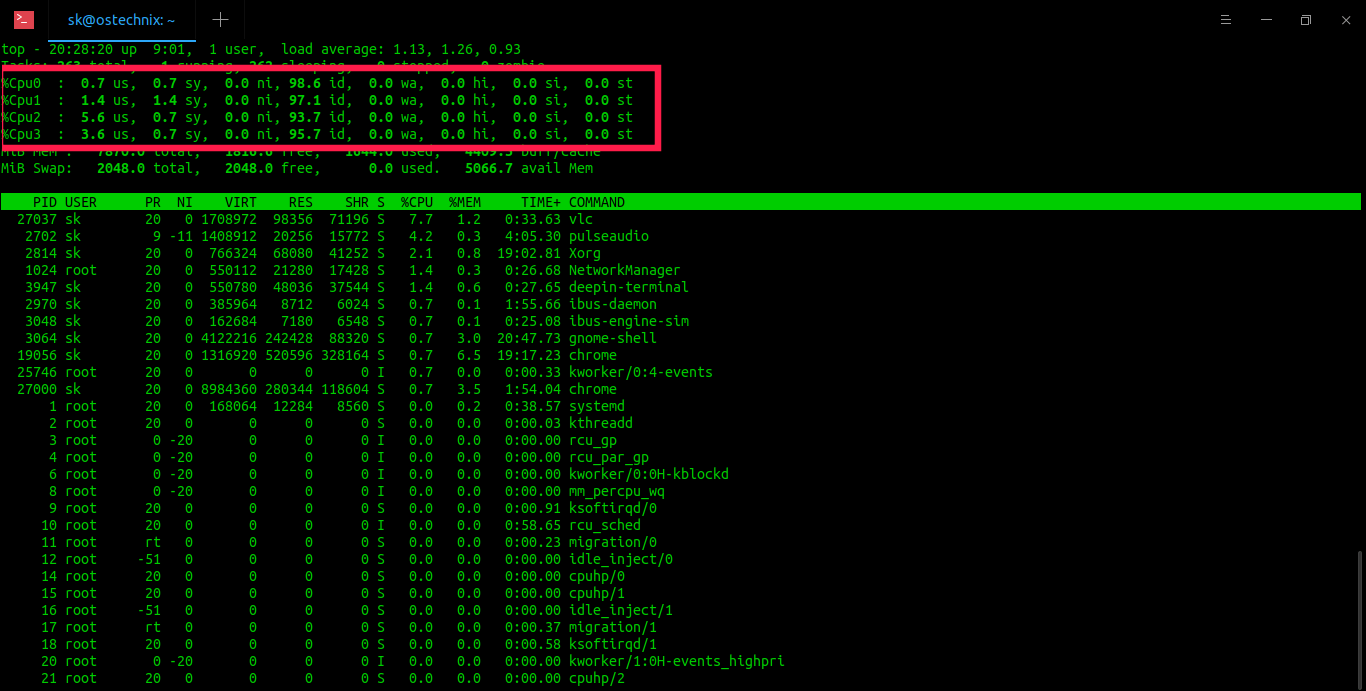 There are few other ways to find way to find the cpu cores. One such a way is retrieve CPU core details from "/proc/cpuinfo" file.

You can also do it using "grep" command as well.

You know now how to find the number CPUs/Cores from command line in Unix-like systems. Hope this was useful.

How To Speed Up Compilation Process When Installing Packages From AUR

How To Copy Files And Change The Ownership, Permissions At The Same Time

Vagrant Tutorial – Getting Started With Vagrant

How To Disable Unattended Upgrades On Ubuntu

Debfoster – Keep Only Essential Packages In...