Set “NASA Picture of the Day” as Wallpaper In Ubuntu

Update: This app is discontinued and no longer works. Please find other alternatives.

There are plenty of tools out there to change the desktop backgrounds of Linux desktop periodically. While hunting to new desktop wallpaper changer utilities, I found a tool named "BG-Changer". It is a simple shell script that can be used to set NASA Picture of the day as wallpaper in Ubuntu and its derivatives. I have tested this script in Ubuntu 16.04 LTS desktop. It worked fine as I expected. Would you like to set NASA image of the day as your Ubuntu desktop's wallpaper? Great! Read on.

Set "NASA Picture of the Day" as Wallpaper In Ubuntu

The developer has made a PPA to ease the installation of this script in Ubuntu and its derivatives such as Linux Mint, Elementary OS etc.

Finally, run the following command to install BG-Changer in Ubuntu.

Once you installed BG-Changer, open your Terminal and run the following command:

Wait for few seconds. BG-Changer will scan the NASA website and set "NASA image of the day" as wallpaper in your Ubuntu desktop. 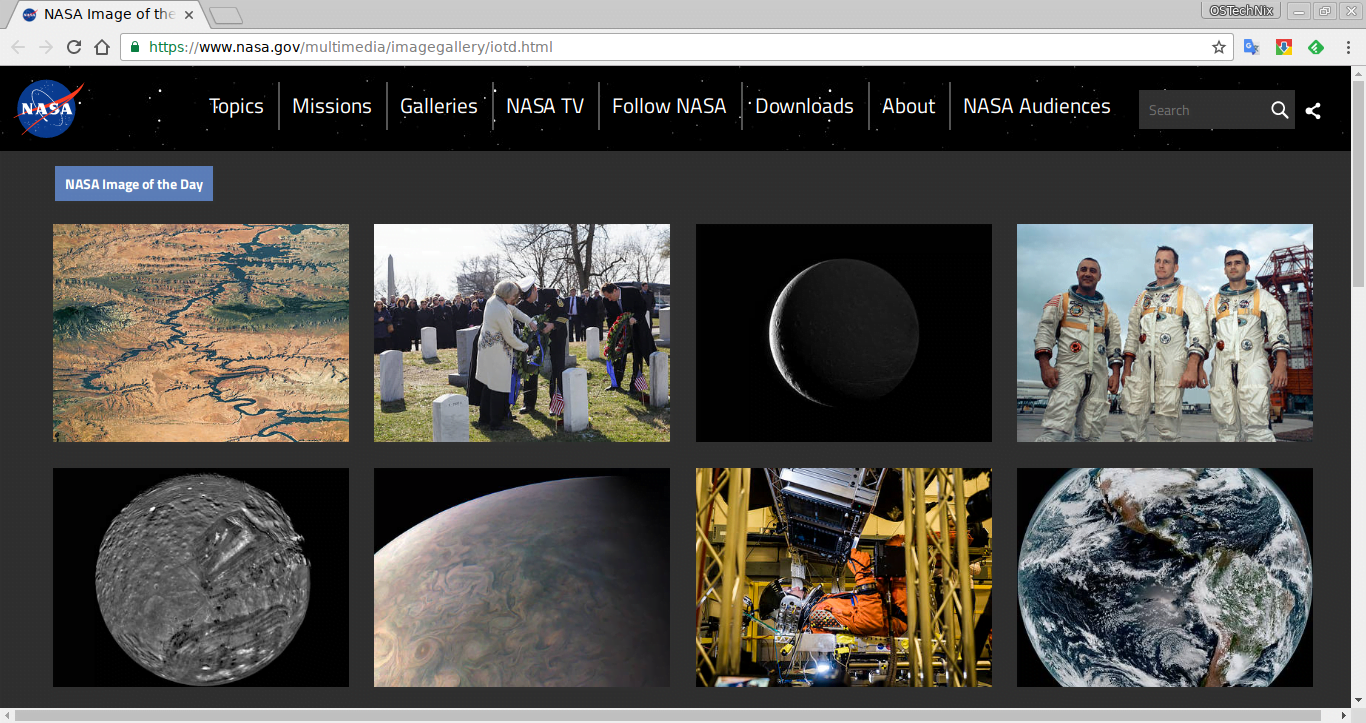 If you want a daily update, create cron job file as shown below:

And run this command to run BG-Changer automatically everyday:

Now, your Ubuntu desktop wallpaper will be automatically updated everyday.

How To Run Single Command On Multiple Remote Systems At Once

How To Limit Network Bandwidth In Linux Using...

How To Correct Errors And Typos In Previous...

seems not to be working in ubuntu 17.10
Cannot add PPA: ‘ppa:~aljimohamed/ubuntu/ppa’.
ERROR: ‘~aljimohamed’ user or team does not exist.

Same results in 18.04. Has the PPA changed? This is a very cool little app.

You can grab a copy of the script from Github

Just copy the script from bg-changer/bg-changer-0.3.8/ in to /usr/local/bin/