Why yet another Terminal emulator?

The developer of  Alacritty says that the idea to develop this terminal emulator was born out of the frustration while using Vim inside Tmux sessions. After trying different Terminals, he has felt none of them were fast enough as he expected. Even though urxvt and st gave good experiences, he says that the major downside of such terminal emulators is difficulty of configuration and inability to run on non-X11 platforms. So he decided to develop his own to address the issues he faced with other Terminal emulators.

Alacritty has been packaged for many popular Linux operating systems.

On Arch Linux and its variants, install Alacritty using pacman like below.

Precompiled binaries are also available in the GitHub releases page. Download and install them depends on the Linux version you use.

Alacritty will work fine out of the box. No additional setup or configuration is needed! Just install it and start using it in no time.

Here is Alacritty in action in my Ubuntu 18.04 LTS desktop. 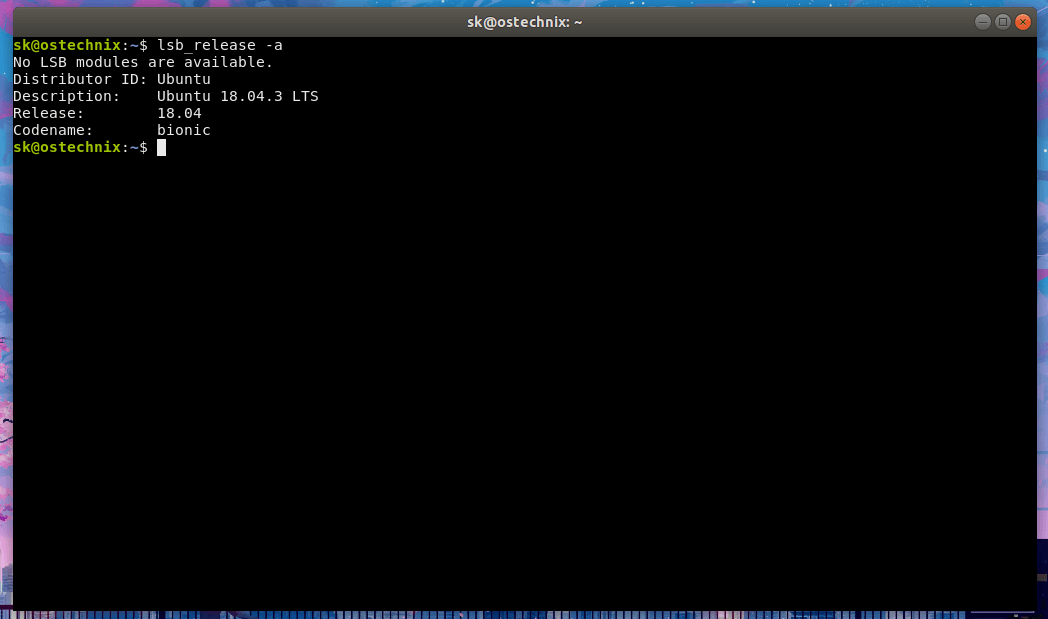 The developer of any project will always claim his/her project is good, so I didn't believe when I read about Alcaritty. But, I was wrong! After using it for couple days, I realised that Alcaritty is indeed a fastest Terminal emulator ever I have used.

How To View Image Metadata On Linux

How To Control Media Players From Commandline In...