Terminology, A Best Terminal Emulator With Lots Of Features

Over the years I have used many Terminal emulators including Deepin Terminal, Gnome Terminal, LXTerminal, and Mate Terminal etc. I like Deepin Terminal the most among all others. Today, I decided to try yet another Terminal emulator called Terminology. I can assure you Terminology is one of the best Linux Terminal that comes with a whole bunch of cool features by default. It is based on EFL (Enlightenment Foundation Libraries), so it works in X11, under a Wayland compositor and even directly in the framebuffer on Linux. In this guide, let us see how to install Terminology on various Linux distributions and some of its notable features.

Terminology is available in the default repositories of popular Linux distributions.

On Arch Linux and its variants such as Manjaro Linux, make sure you have enabled [Extras] repository and install Terminology using Pacman like below.

The Terminology from the Ubuntu official repositories is out-dated version. So the videos, pictures, bell sound and thumbnails may not work. If you want these features on Terminology, I suggest you to use the official PPA maintained by the developer. It contains the latest version of Terminology. To add this repository and install Terminology, run the following commands one by one.

Just log out and login again and start using it. You don't need to select the Enlightenment DE from the login screen, though.

Once installed, launch Terminology from Dash or Menu. Here is how Terminology default interface looks like. 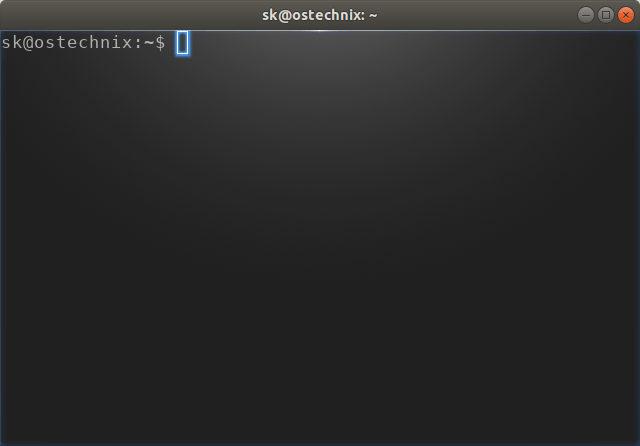 You can start using it as your regular vt100 terminal emulator with all the usual features, such as 256 color support. It is designed to emulate Xterm as closely as possible in most aspects.

When something is wrong (E.g. typing a wrong command), you will see a bell with a sound at the bottom right corner of the Terminology window. 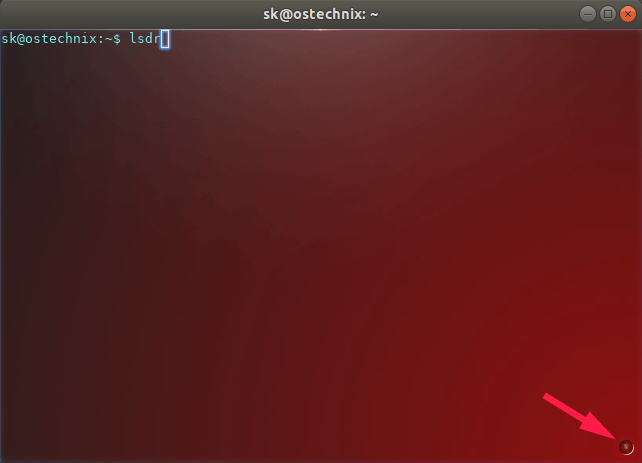 Just right click anywhere in the Terminology window to bring up the Configuration menu. 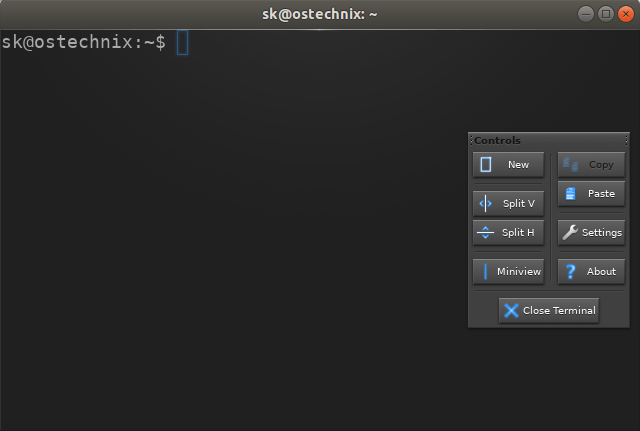 The configuration menu has a few control buttons to perform the following functionalities:

For instance, to split Terminology window vertically, simply press "Split V" button from the Configuration menu. You will now see two vertical panes as shown in the below picture. This will be useful when you want to perform different commands on each pane.

Similarly, hit the "Split H" button to split the Terminal window in horizontal panes. You can split as many as panes you want.

You can even split the panes while you launch the Terminology from another Terminal. Here are some examples.

Terminology is fully-customizable as per your liking. You can change the font, font size, text colors, themes, set background image, set transparency level of the background, key bindings, terminology behavior, video settings and so on.

To open Terminology settings, right click on the Terminal and click on Settings button from the Configuration menu.

In this section you can change font type and font size. The following screenshot shows the current font settings. 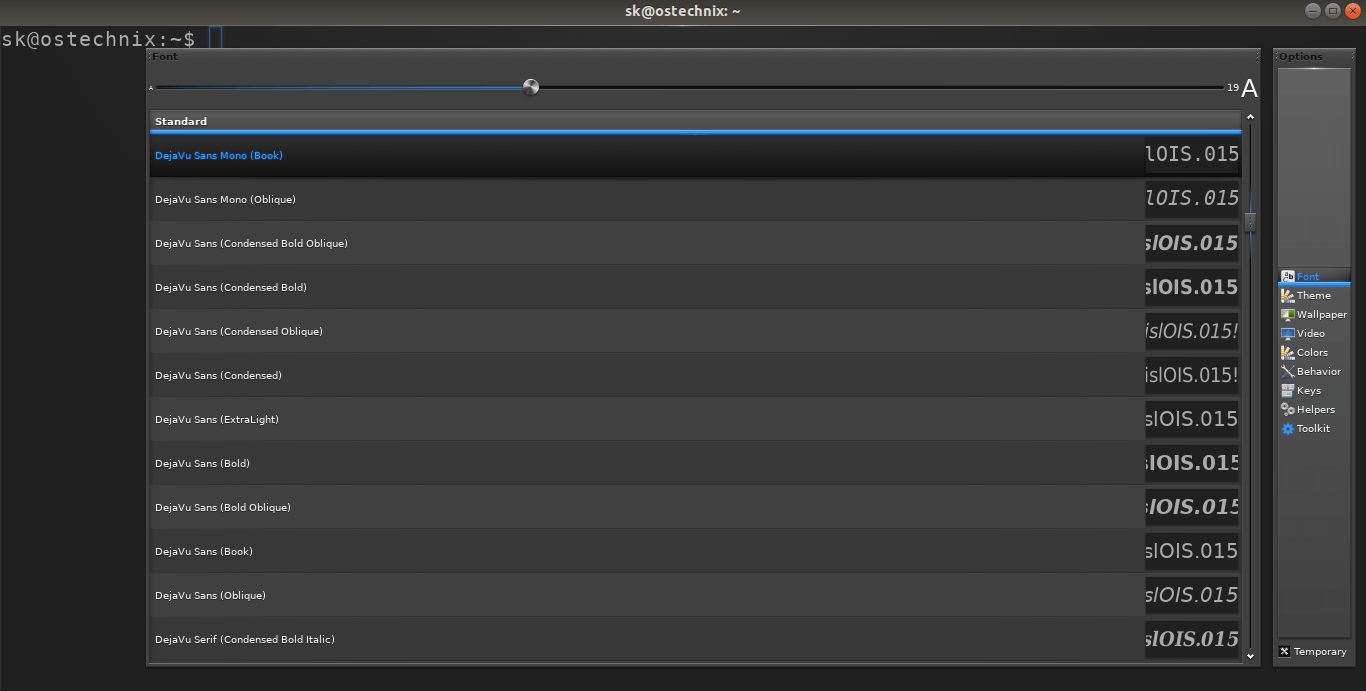 To view or change the themes, click the "Themes" button and choose one that suits you.

Terminology has three background images, by default. Click on the Wallpaper button in the Settings window. Just click on any image to set it as Terminal background.

If you don't like the default images, you can choose any other from your local disk. To do so, click on "Select Path" on the top-right and select the image location that you want to set as terminal background.

Here is the custom Terminal background: 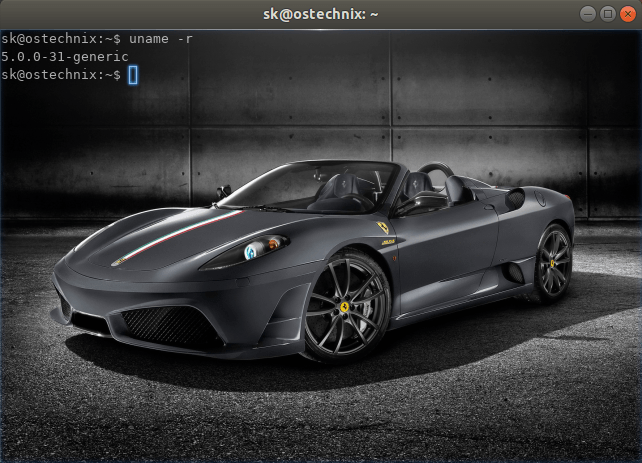 From this section, you can change the default color settings of the text. 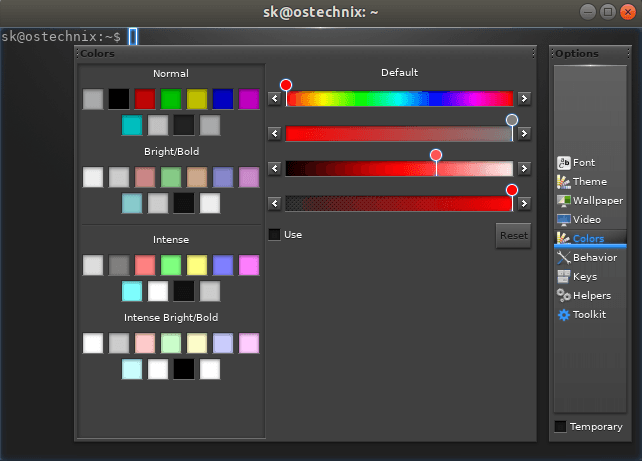 Similarly, go to the other sections of the Settings window and customize Terminology as you please.

Terminology comes with the following set of tools that helps you to do various operations from command line without having to install any third-party apps, add-ons and extensions.

Let us discuss the usage of some of these tools with examples.

The tyls tool will display the contents of a directory. Not just the contents, it also displays the thumbnails.

To use this, simply specify the path of the directory like below.

If you run it without any arguments it will simply display the current directory's contents.

As stated earlier, we can set the Terminal background from the Settings. However, it can also be possible via command line using the tyby tool.

To set the background, mention the path of the image like below.

You can set PNG, JPG, SVG type image files. And the cool thing is you can set a video as a background. Terminology supports .MP4 video files as background. 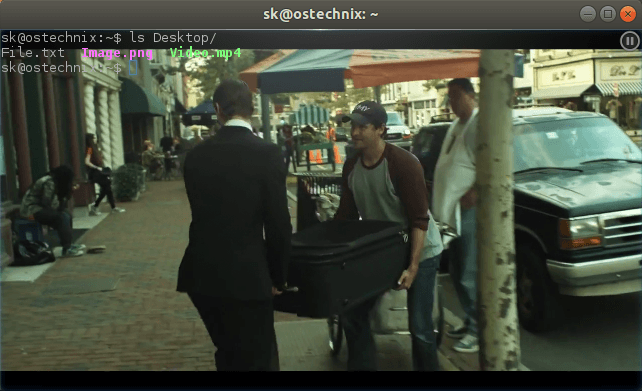 It also possible to set GIFs, and PPT files as background. Just set your cute cat GIFs or favorite presentation file and set view it when working on the Terminal. 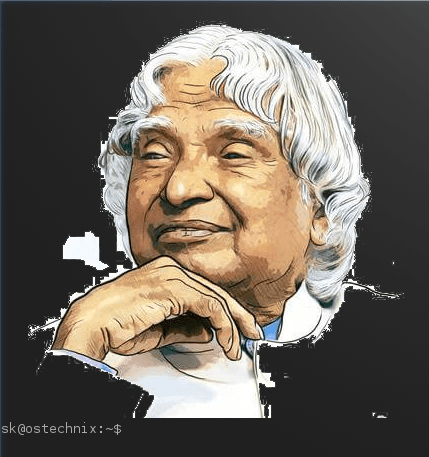 If you have Libreoffice installed, you can even view PPT, ODP, DOC and even XLS files if you like.

The typop tool is used to play media files in the Terminal. 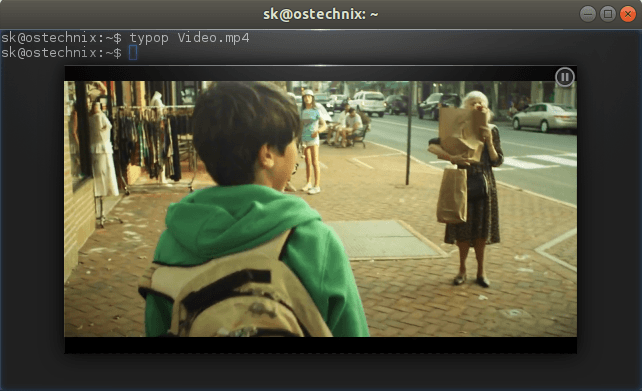 Terminology has many useful features for those who live in Terminal all day. If you're a heavy command line user, please check it out and let us know your thoughts in the comment section below.

Explaining Soft Link And Hard Link In Linux With Examples

Apply Tags To Linux Commands To Easily Retrieve Them From History

I tried Terminology some time ago, each time I installed Enlightment desktop and I must say it’s awesome. I didn’t know the “ty___” commands, and it’s impressive. After reading your post, I launched zypper to install it but, as I supossed, that implies to install several other libraries, so I prefer not to install it just now.
Thank you!!

Glad you learned something new via this article. Thanks for visiting our blog.

Terminology feels pretty amazing. Followed your instructions (official PPA maintained by the developer for Ubuntu) on KDE Neon Plasma. The install was flawless. Terminology appeared on my menu (System – Terminology). Clicked and within seconds I was viewing a video within a full screen terminal window. Images displayed perfectly like a text document would using the cat command.

The tyls default is sooo much better looking than the regular bash default for ls. I’m going to crawl your site for more ‘terminology’ articles (as well as the maintainer’s nesting grounds).

It’s the first time the Linux command line has excited me. It suddenly feels full-featured.

Welcome to the club. Enjoy your stay. Glad I could help.

“The repository ‘http://ppa.launchpad.net/niko2040/e19/ubuntu focal Release’ does not have a Release file.”