Home Linux How To Run Windows 95 In Linux

How To Run Windows 95 In Linux

Microsoft Windows 95 is the first operating system that I ever worked with. When I was studying Computer science in college, we had around 20+ computers in our computer lab and all were running with Windows 95. I didn't know much about computers back then and felt good when working with computers. After I started my career as System admin, I have used, installed and worked with many Windows desktop and server operating systems, such as Windows 98, XP, Windows 2000, NT, 2003 server, 2012, and Windows 7. Few years ago, I completely switched from Windows to Linux. Today, I stumbled upon an interesting project which allowed me to run the good old Windows 95 OS again. Yeah, you read that right! Now we can run Windows 95 in Linux desktop.

Windows 95 is available as Electron app and it runs quite well on Mac OS, Windows and Unix-like operating systems. So, if you ever missed or wanted to try Win 95 OS, here is how to do it.

There is no license provided at the project's page. The author says that this project is provided for educational purposes only. Also, he mentioned that it is not affiliated with and has not been approved by Microsoft. Use it at own risk!

How To Run Windows 95 In Linux

Download the latest version from the releases page depending upon the distribution you use. It is available in zip, rpm and deb format for Unix-like operating systems.

If you use any RPM-based systems such as Fedora, RHEL, CentOS, run the following commands to download and install Windows 95 electron app:

On Debian-like systems, you can install it like below.

Once installed, you start it from the Terminal using command:

Or, from the menu or application launcher.

Hit ESC key to lock or unlock the mouse. You can also insert floppy disk image with .img format. There are also three more buttons on the bottom which can be used to Reset Machine & Delete State, Insert Floppy Disk and Discard State & Boot From Scratch.

Here you go! Windows 95 desktop is running in my Ubuntu 18.04 LTS desktop. 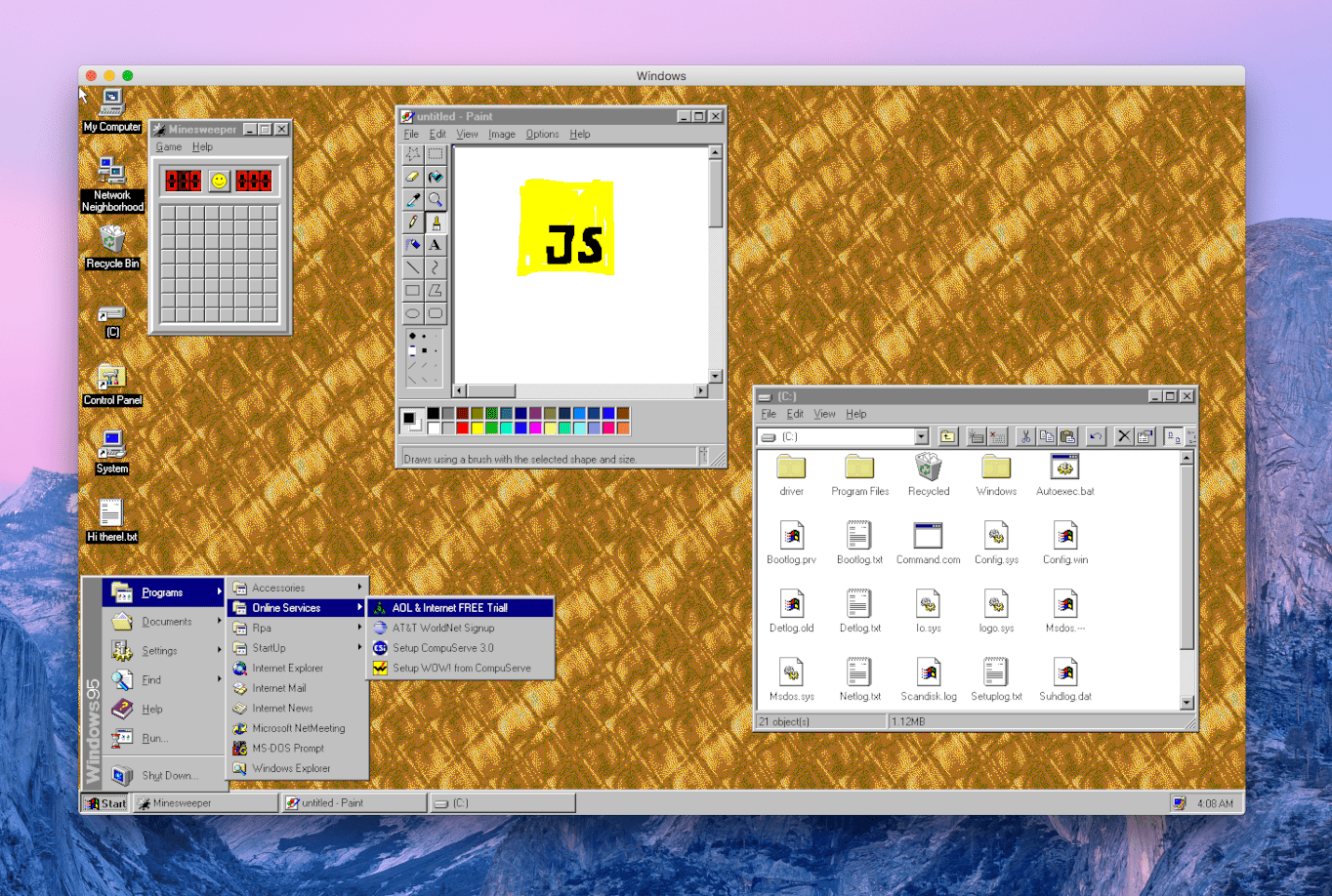 Feeling nostalgic? Me too!!

Go ahead and test your favourite windows programs, play some games and have fun!

How To Easily And Safely Manage Cron Jobs In Linux

RedHat And SUSE Announced To Withdraw Support For OpenLDAP

How To Visualize Disk Space Usage With Vizex...

Learn To Use Man Pages Efficiently In Linux

So good ! downloading it now, was looking for a Win95 emulator long time.

How To Find Hardware Specifications On Linux

An Easy Way to Protect Files From...