Home FAQ How To Enable Nested Virtualization In VirtualBox

How To Enable Nested Virtualization In VirtualBox

Starting from version 6.1, Oracle VirtualBox supports nested virtualization feature on host systems that run AMD and Intel CPUs. So make sure you have running the latest virtualbox version.

As you can see, I have created two VMs in my Virtualbox.

Now, I am going to enable nested feature for a CentOS 8 VM using command:

Also, you can use vboxmanage command in lowercase:

Open VirtualBox manager either from Dash or Menu. Click on the VM in which you wanted to enabled the nested feature and then select "Settings". 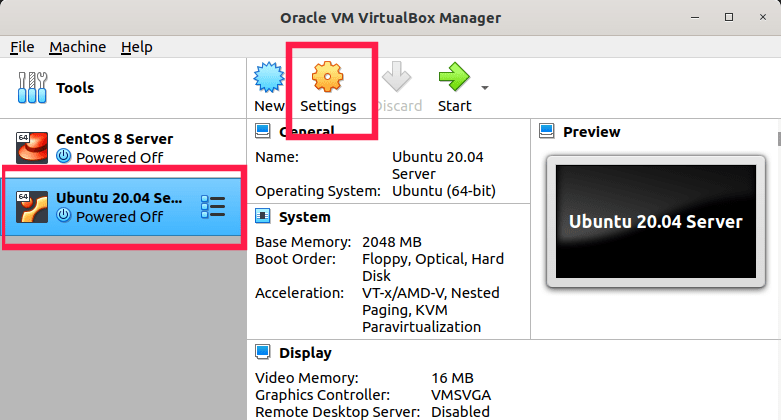 Go to "System -> Processor" and click the "Enable Nested VT-x/AMD-V" check box. Click OK to save the changes. 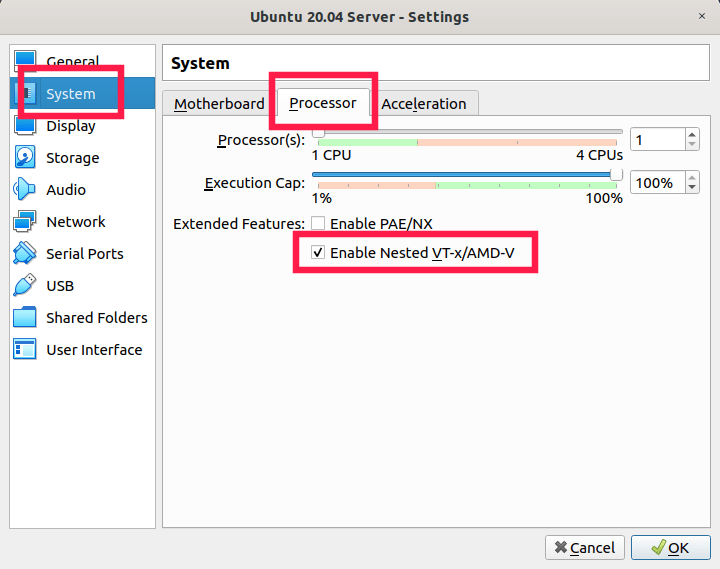 From now on this VM will act as a hypervisor, so that you can run VMs inside it.

Like I already mentioned, Nested VT feature is available on host systems that run AMD and Intel CPUs. However, for Intel CPUs, the option is grayed out. So, you can't directly enable it from Virtualbox manager. 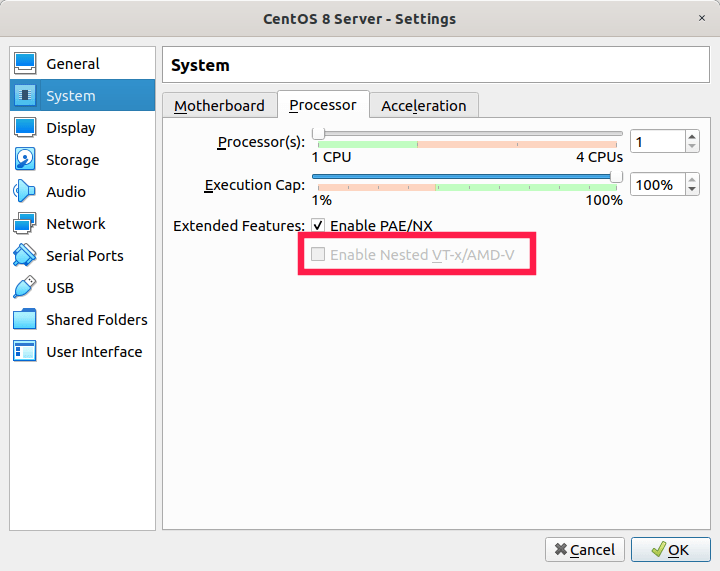 To enable nested feature on Intel CPUs, follow the command line way as described in the previous section.

Verify if nested virtualization is enabled for VMs

Start the VM in which you just enabled the nested feature.

Log in to the VM and run the following command to check if nested feature is enabled or not:

If you see “vmx” (Intel-VT technology) or “svm” (AMD-V support) in the output, the virtualbox guest machine can work as a hypervisor and host VMs. As you can see in the above output, my Ubuntu 20.04 VM supports virtualization.

Check the following guide to learn more ways to check if a Linux system supports VT or not.

How To Enable Nested Virtualization In KVM In Linux

How To Create A Custom Ubuntu Live...

How To Find If A Package Is...