Cloc – Count The Lines Of Source Code In Many Programming Languages

As a developer, you may need to share the progress and statistics of your code to your boss or colleagues. Your boss might want to analyze the code and give any additional inputs. In such cases, there are few programs, as far as I know, available to analyze the source code. One such program is Ohcount. Today, I came across yet another similar utility namely "Cloc". Using the Cloc, you can easily count the lines of source code in several programming languages. It counts the blank lines, comment lines, and physical lines of source code and displays the result in a neat tabular-column format. Cloc is free, open source and cross-platform utility entirely written in Perl programming language.

Cloc ships with numerous advantages including the following:

The Cloc utility is available in the default repositories of most Unix-like operating systems. So, you can install it using the default package manager as shown below.

On Arch Linux and its variants:

It can also installed using third-party package manager like NPM as well.

Count The Lines Of Source Code In Many Programming Languages

Let us start with a simple example. I have a "hello world" program written in C in my current working directory.

To count the lines of code in the hello.c program, simply run: 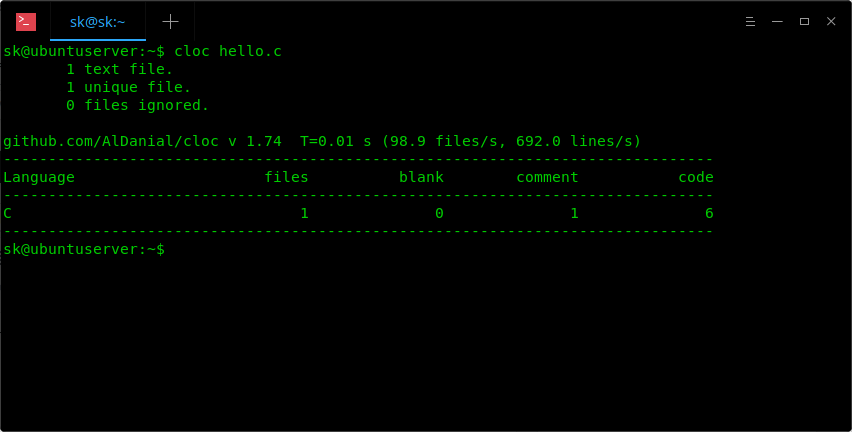 The second column displays the number of files in each programming languages. So, our code contains 1 file in total.

The third column displays the total number of blank lines. We have zero blank files in our code.

And the final and fifth column displays total physical lines of given source code.

It is just a 6 line code program, so counting the lines in the code is not a big deal. What about the some big source code file? Have a look at the following example: 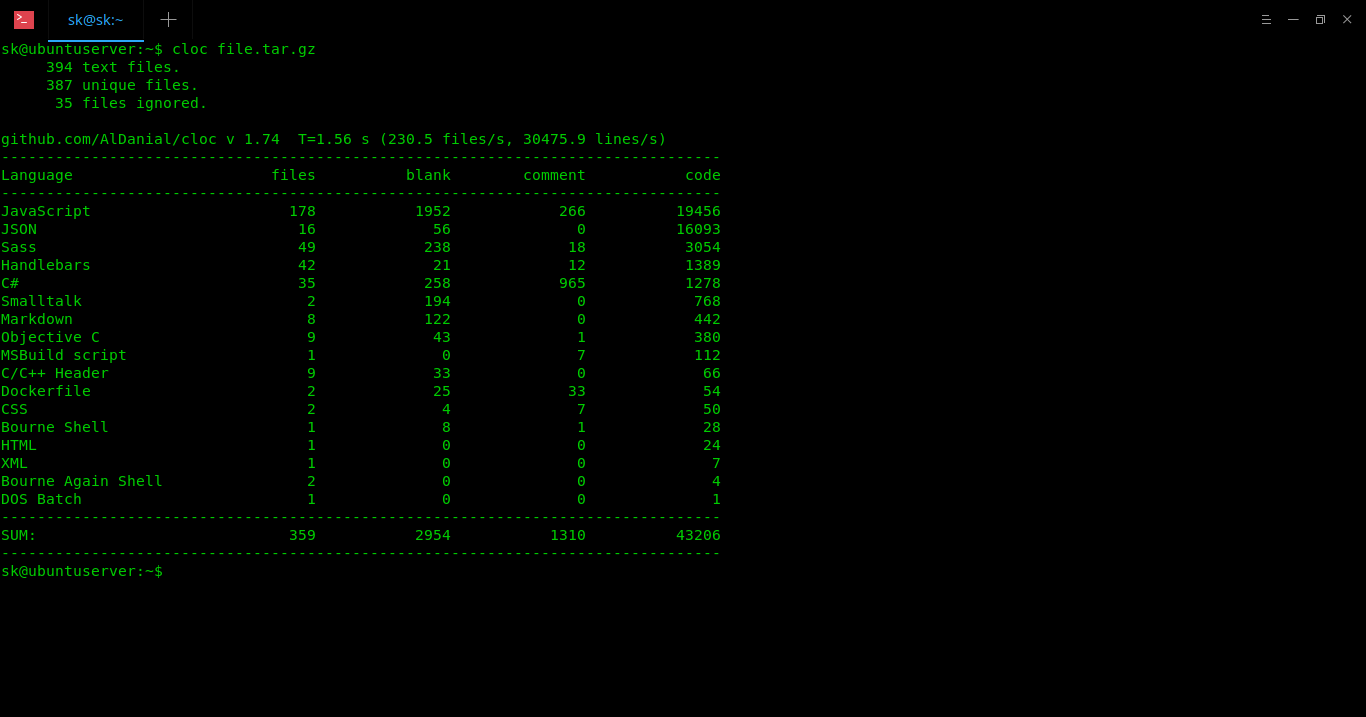 Count lines in a tar file

As per the above output, it is quite difficult to manually find exact count of code. But, Cloc displays the result in seconds with nice tabular-column format. You can view the gross total of each section at the end which is quite handy when it comes to analyze the source code of a program.

Cloc not only counts the individual source code files, but also files inside directories and sub-directories, archives, and even in specific git commits etc.

Count the lines of codes in a directory: 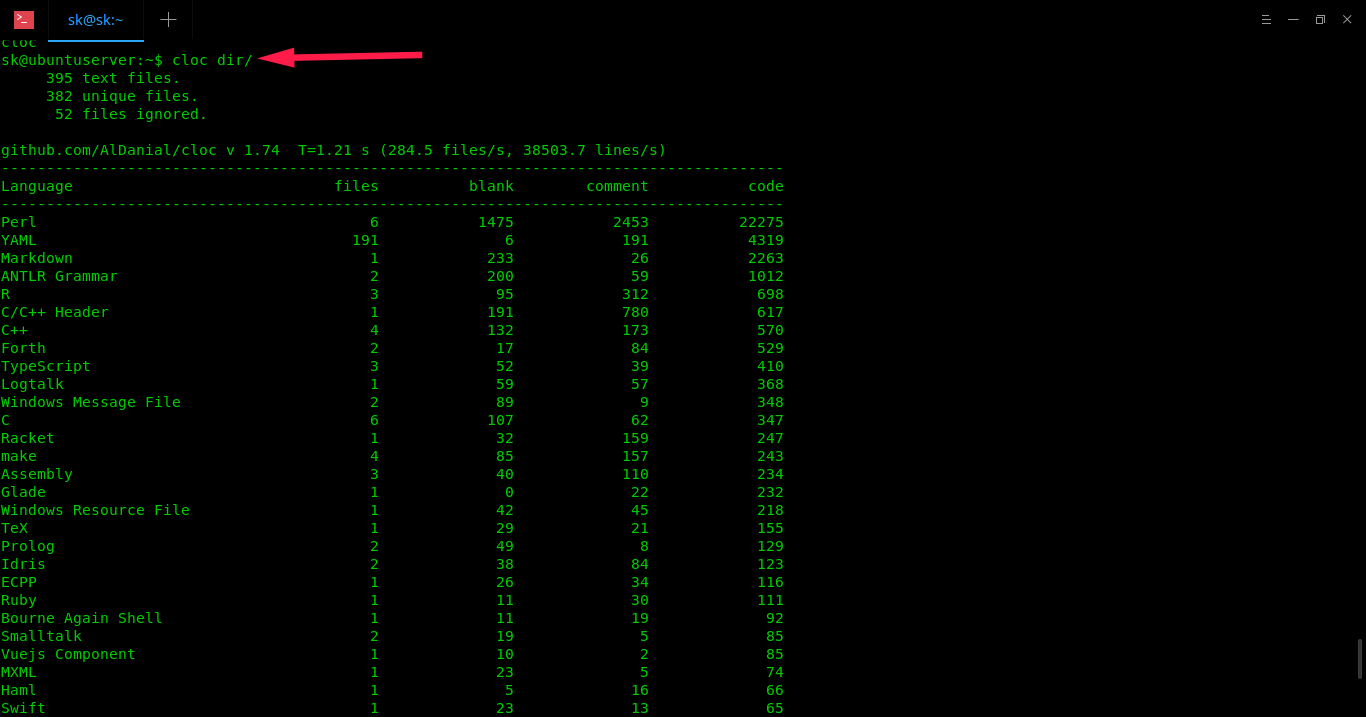 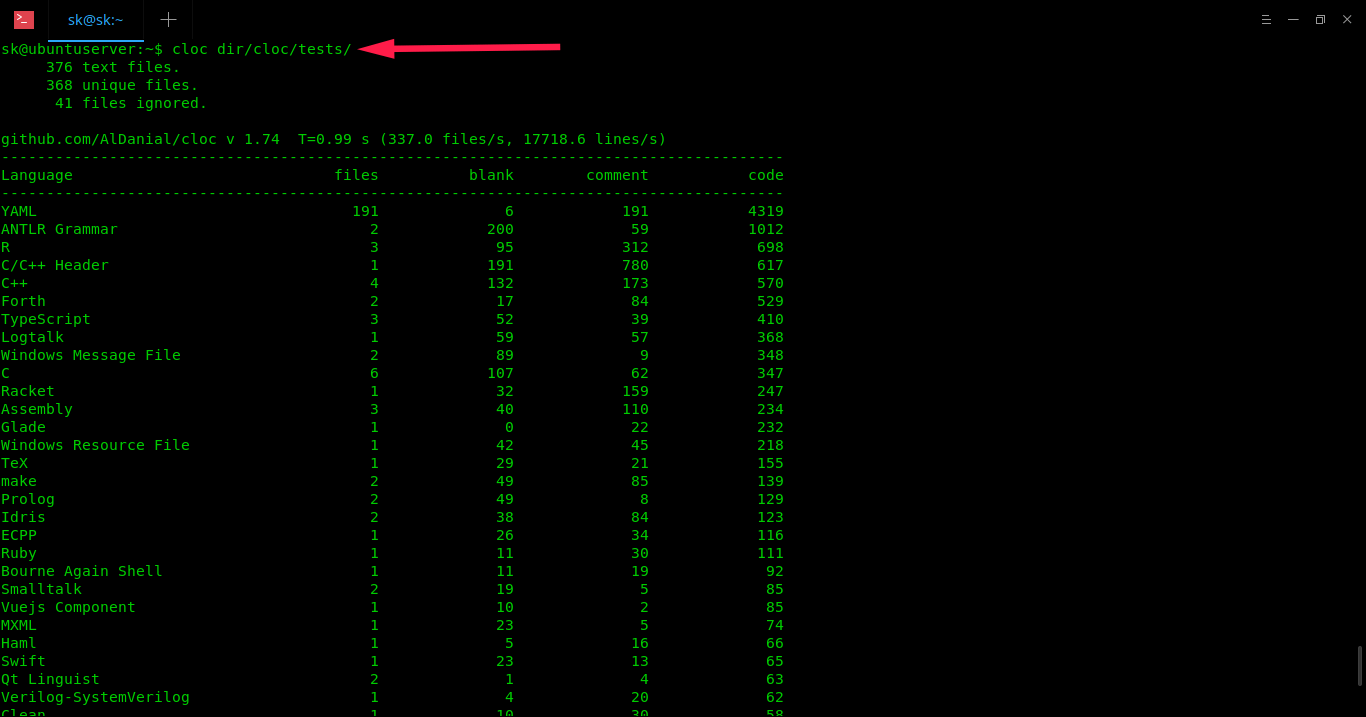 Count the lines of codes in archive file: 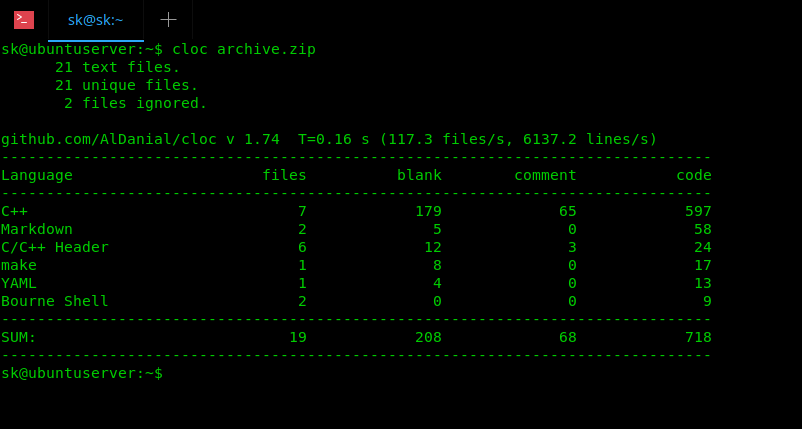 You can also count lines in a git repository, using a specific commit like below. 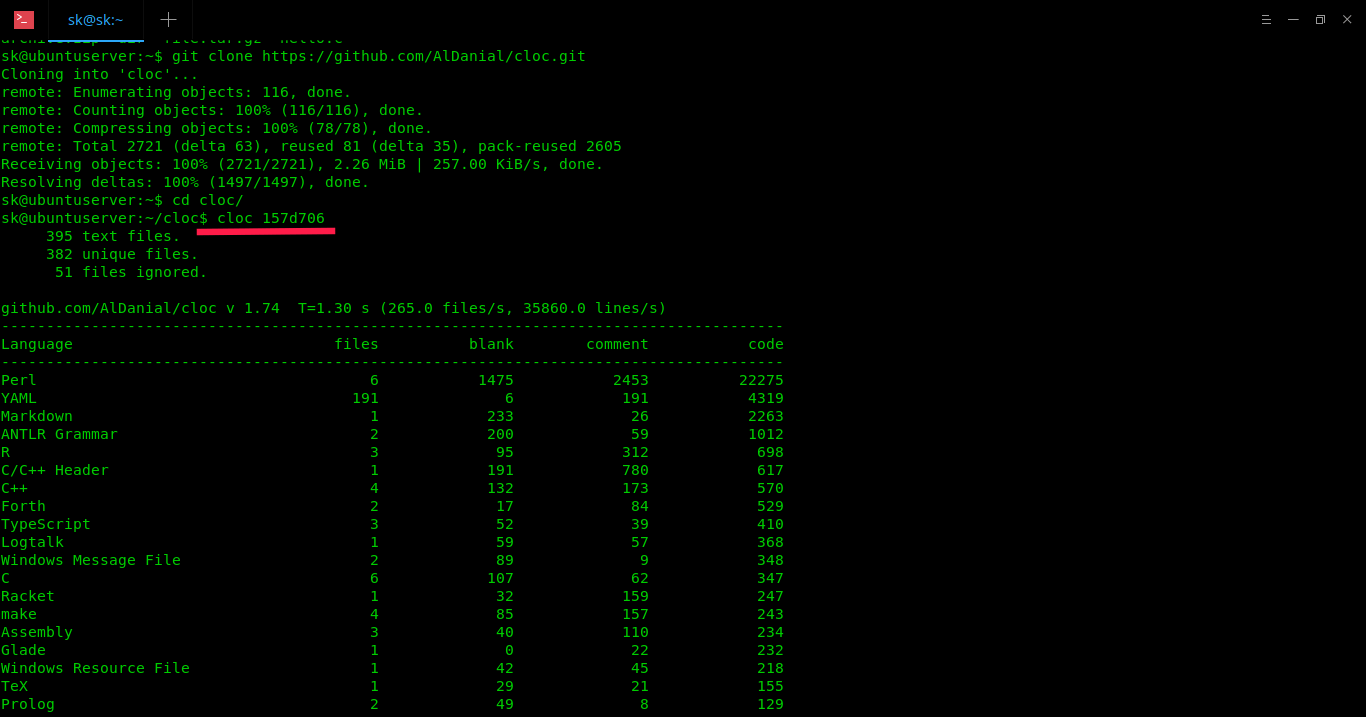 How To Create And Maintain Your Own Man Pages

How To Find The Installed Proprietary Packages In...

How To Add Linux Commands To The Queue...

Backup Installed Packages And Restore Them On Freshly...

How To Correct Errors And Typos In Previous...