Virt-top is a top-like utility for displaying the stats of virtualized domains in Linux. Just like the top command line utility, Virt-top shows the stats of CPU, memory, virtual disks and network of virtual machines and the hypervisor. Since Virt-top uses libvert, it can be able to show stats across different virtualization systems such as KVM, XEN and QEMU. In this brief guide, we will see how to display virtualization systems stats with Virt-top in Linux.

Virt-top is available for many Debian-based and RPM-based mainstream Linux distributions.

To install Virt-top on CentOS, RHEL, run the following command:

When running virt-top without any options, you will see an output like below: 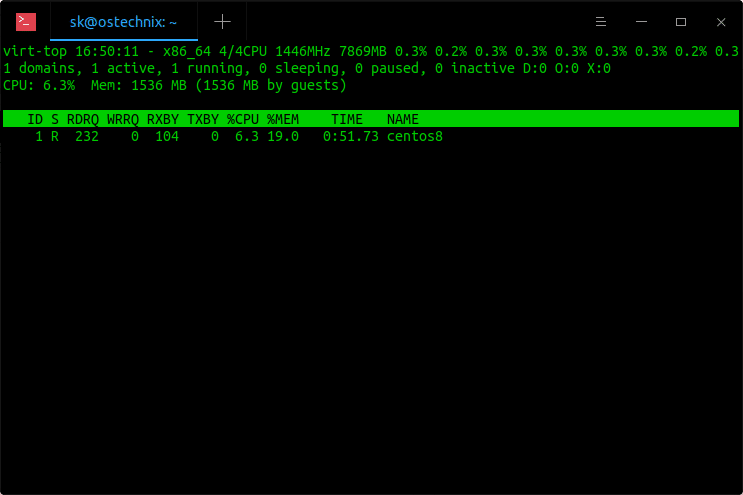 As you can see in the above output, the top first column in the Virt-top interface shows the following details of your host system:

The last column shows the actual stats of the running virtual machines (domains). In my case, Virt-top is showing the stats of CentOS 8 KVM guest.

Like I already said, the keyboard shortcuts of Virt-top is same as ordinary top utility.

By default Virt-top will show you stats of of domains. When virt-top is running, press 1 (number 1) to toggle between physical CPUs and domains display: 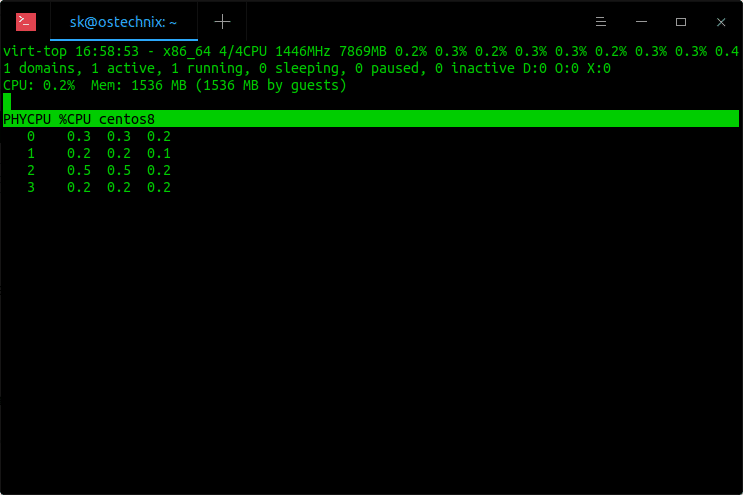 Now Virt-top will display physical CPUs instead of domains. As you can see from the left hand column, there are 4 physical CPUs in my system. To display domains again, press 0 (zero).

When Virt-top is running, press 2 to toggle between domains and network interfaces. 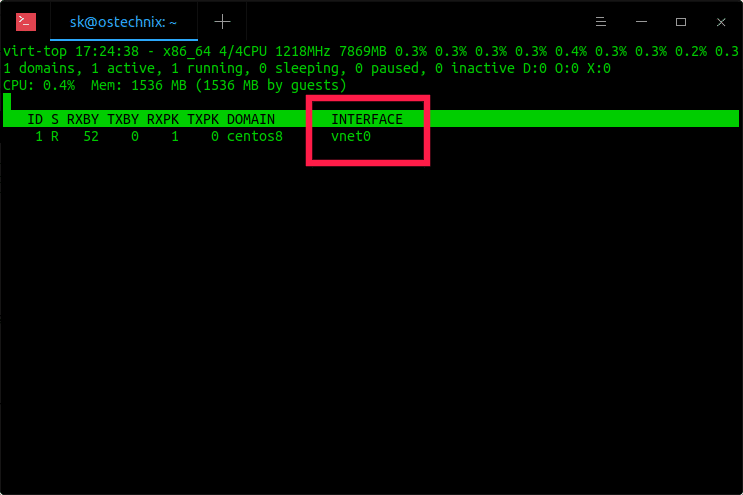 When Virt-top is running, press 3 to toggle between domains and virtual disks. 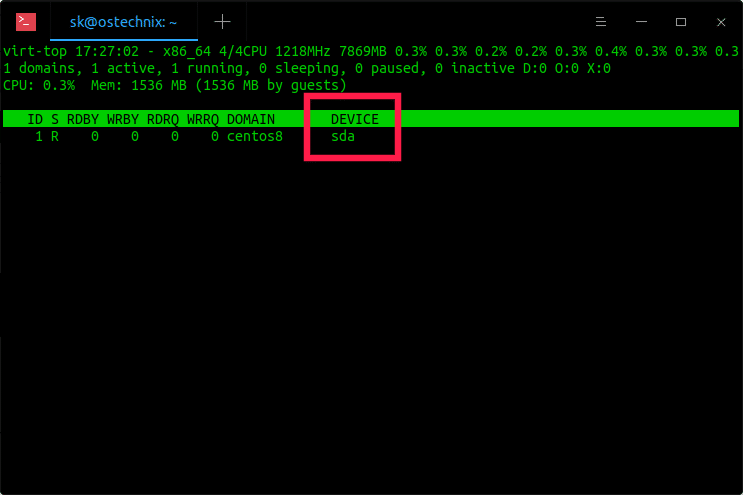 When Virt-top is running, you can change the sort order of the stats by pressing the following keys:

To interactively select the sort field, press uppercase F (shift+f) and the choose your preferred order by pressing the relevant key: 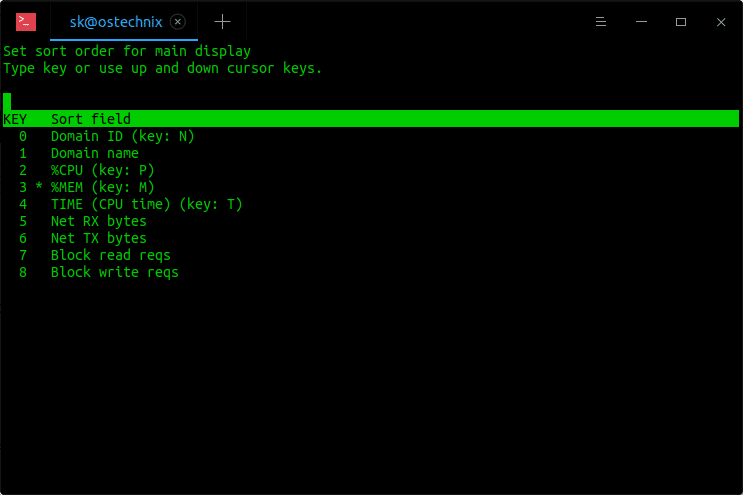 Set the number of iterations

You can change this behavior by explicitly mentioning the number of iterations to run.

For example, the following command will set the number of iterations to run as 5 and close the Virt-top command after 5 iterations:

When Virt-top is running, press "h" to display help. 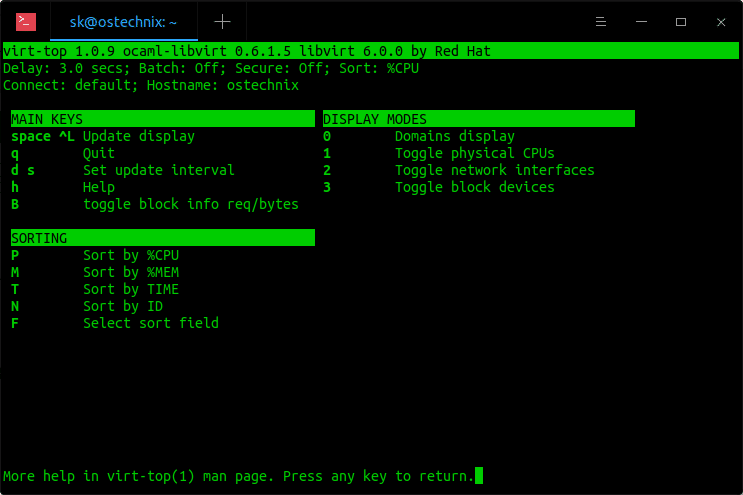 Press any key to close the help window.

How To Enable Nested Virtualization In VirtualBox

How To Change MAC address In Linux