How To Easily Find Awesome Projects And Resources Hosted In GitHub

Everyday there are hundreds of new additions to the GitHub website. Since GitHub has thousands of stuffs, you would be exhausted when searching for a good project. Fortunately, a group of contributors have made a curated lists of awesome stuffs hosted in GitHub. These lists contains a lot of awesome stuffs grouped under different categories such as programming, database, editors, gaming, entertainment and many more. It makes our life much easier to find out any project, software, resource, library, books and all other stuffs hosted in GitHub. A fellow GitHub user went one step ahead and created a command-line utility called "Awesome-finder" to find awesome projects and resources on awesome series repositories. This utility helps us to browse through the curated list of awesome lists without leaving the Terminal, without using browser of course.

In this brief guide, I will show you how to easily browse through the curated list of awesome lists in Unix-like systems.

Awesome-Finder supports only Python 3+. Awesome can be easily installed using pip, a package manager for installing programs developed using Python programming language. Make sure you have installed pip in your Linux system.

Awesome-finder currently lists the stuffs from the following awesome topics (repositories, of course) from GitHub site:

Now, let us go ahead find the awesome stuffs hosted in GitHub. For instance, to view the curated list from awesome-go repository, just type:

You will see all popular stuffs written using "Go", sorted by alphabetical order. 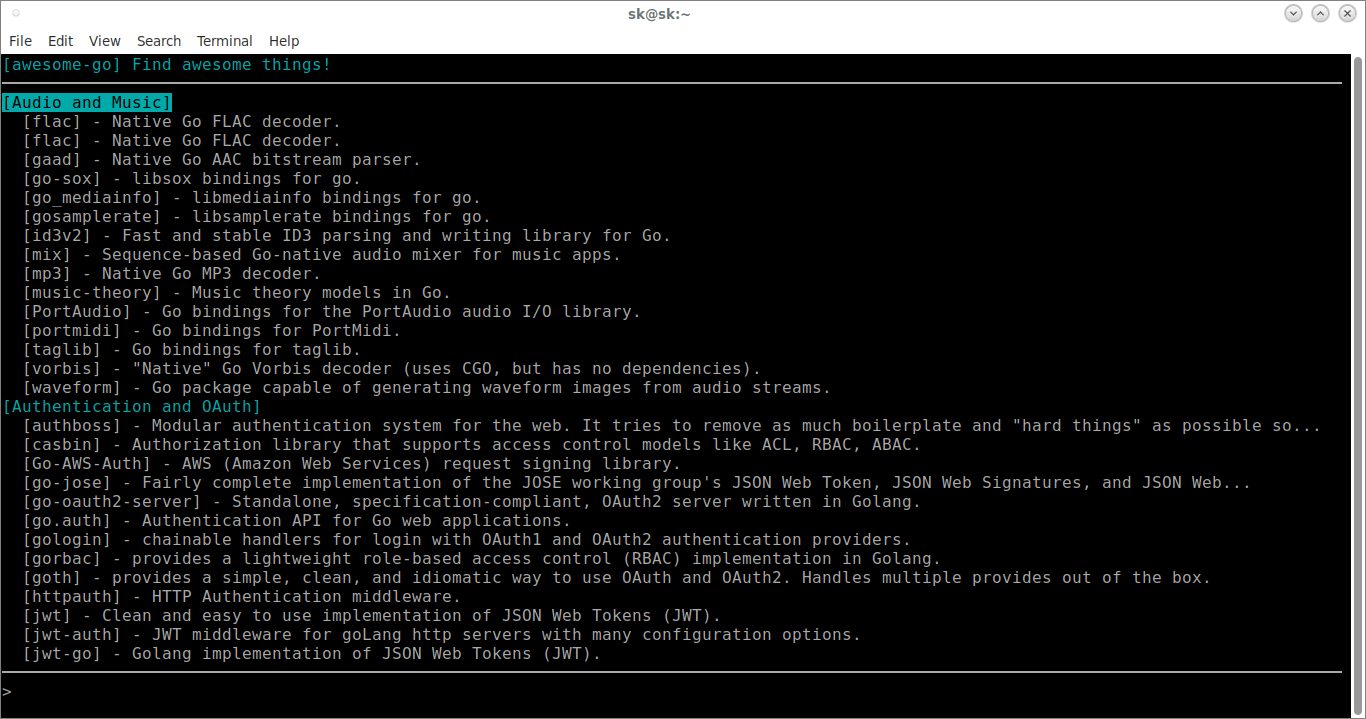 You can navigate through the list using UP/DOWN arrows. Once you found the stuff you looking for, choose it and hit ENTER key to open the link in your default web browser.

Also, it automatically displays the suggestions as you type in the prompt. For instance when I type "dj", it displays the stuffs related to Django. 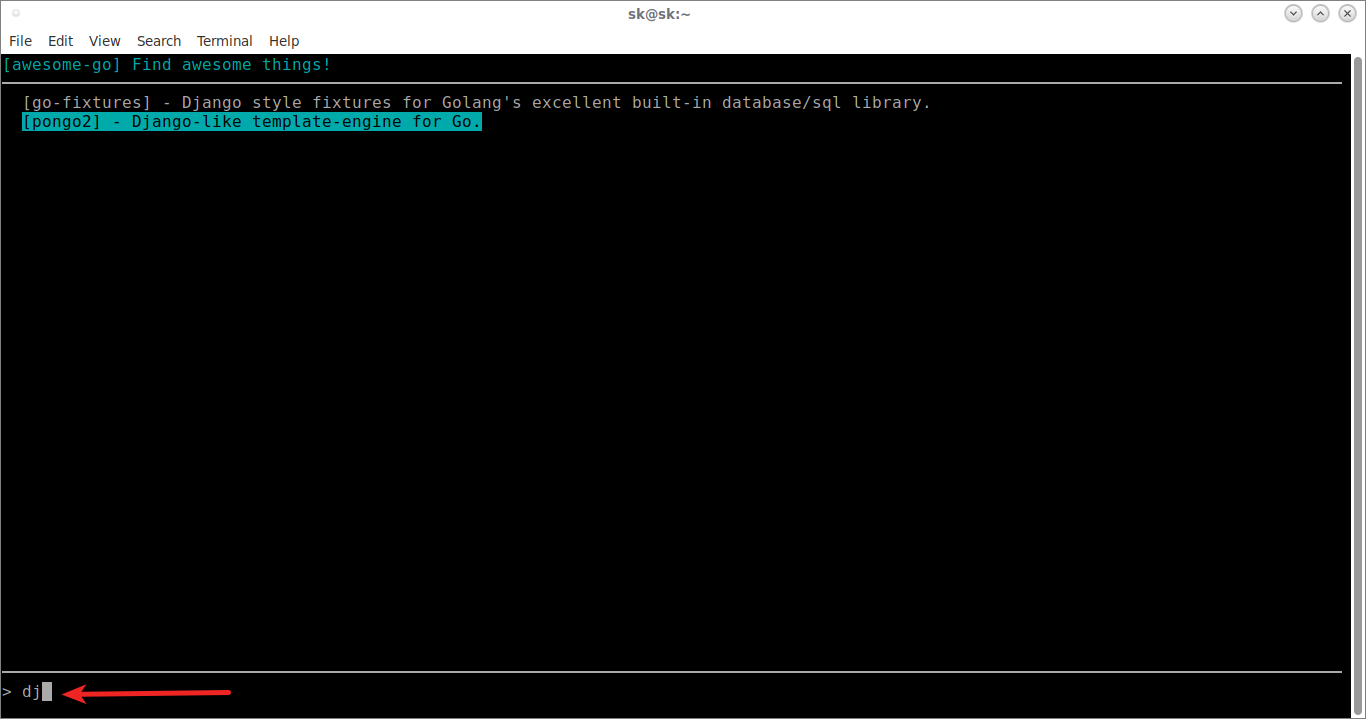 If you wanted to find the awesome things from latest awesome-<topic> (not use cache), use -f or --force flag:

The above command will display the curated list of stuffs from awesome-python GitHub repository.

To exit from this utility, press ESC key.

Get Movie Ratings And Reviews Directly To Your...

How To Monitor File Changes Using fswatch In...