ExplainShell – Find What Each Part Of A Linux Command does

ExplainShell - Find What Each Part Of A Linux Command does

Let us consider the following command:

Not everyone (Especially the newbies) know what this command will actually do. No problem! Here is where Explainshell website comes in help. Copy and paste the above command in ExplainShell website given below and hit Explain button.

It breaks down the given Linux command into parts and displays the explanation of each part one by one. Seems useful, isn't it?

Have a look at the following screenshot. 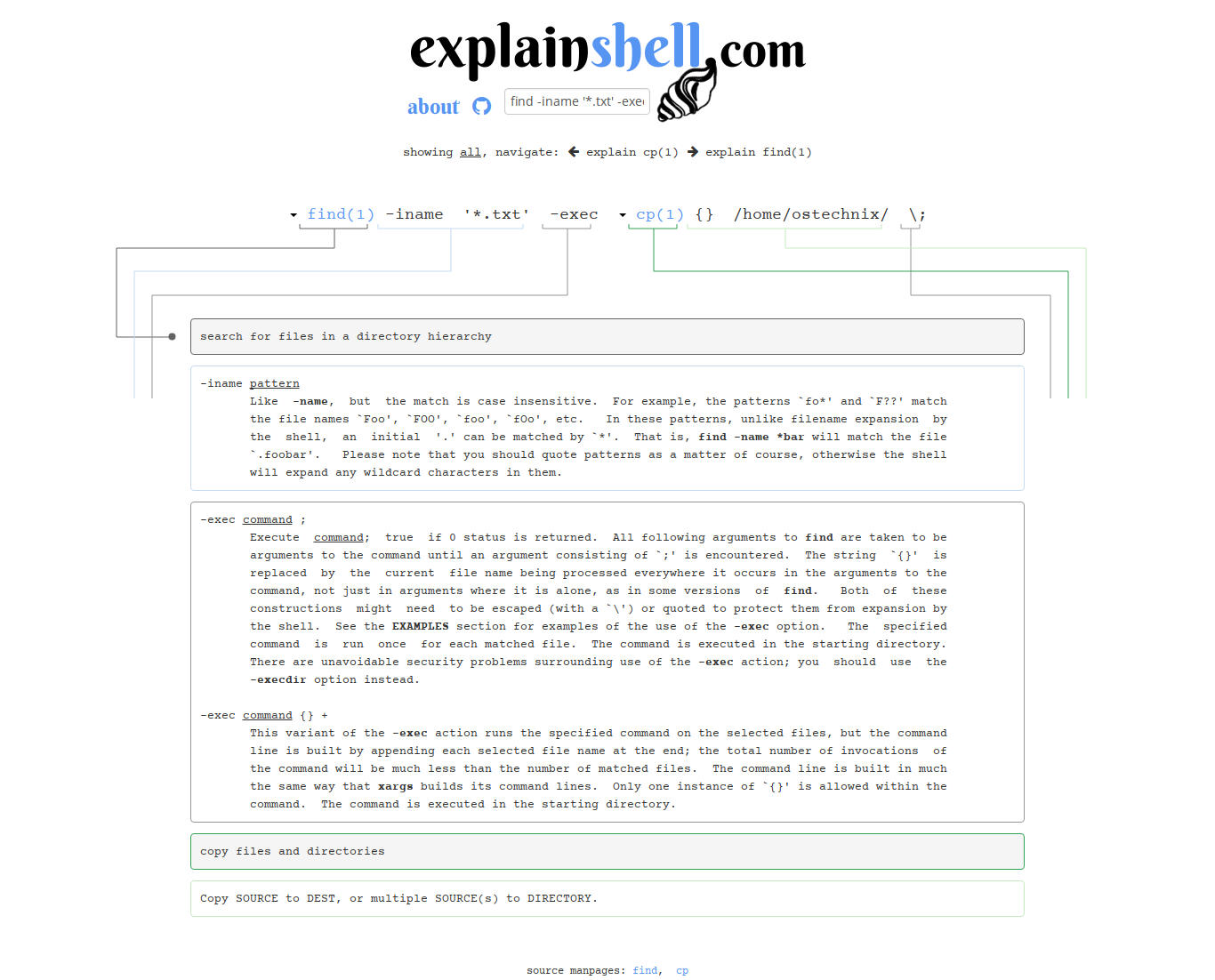 As you see in the screenshot, explainshell displays the explanation of each part of the above command.

ExplainShell site contains 29761 parsed manpages from Ubuntu's manpage repository. So, you get details of almost all Linux commands.

You can run your own explainshell instance in your local system using Docker. Refer the following links to install Docker on RPM or DEB based systems.

This command will clone the contents of explainshell git repository in a folder called explainshell in your current working directory.

And run the following commands one by one to run explainshell docker image.

Then, open your web browser and point it to http://IP_address:5000/. You might need to open the port 5000 in your firewall/router in order to access this URL from a remote system. 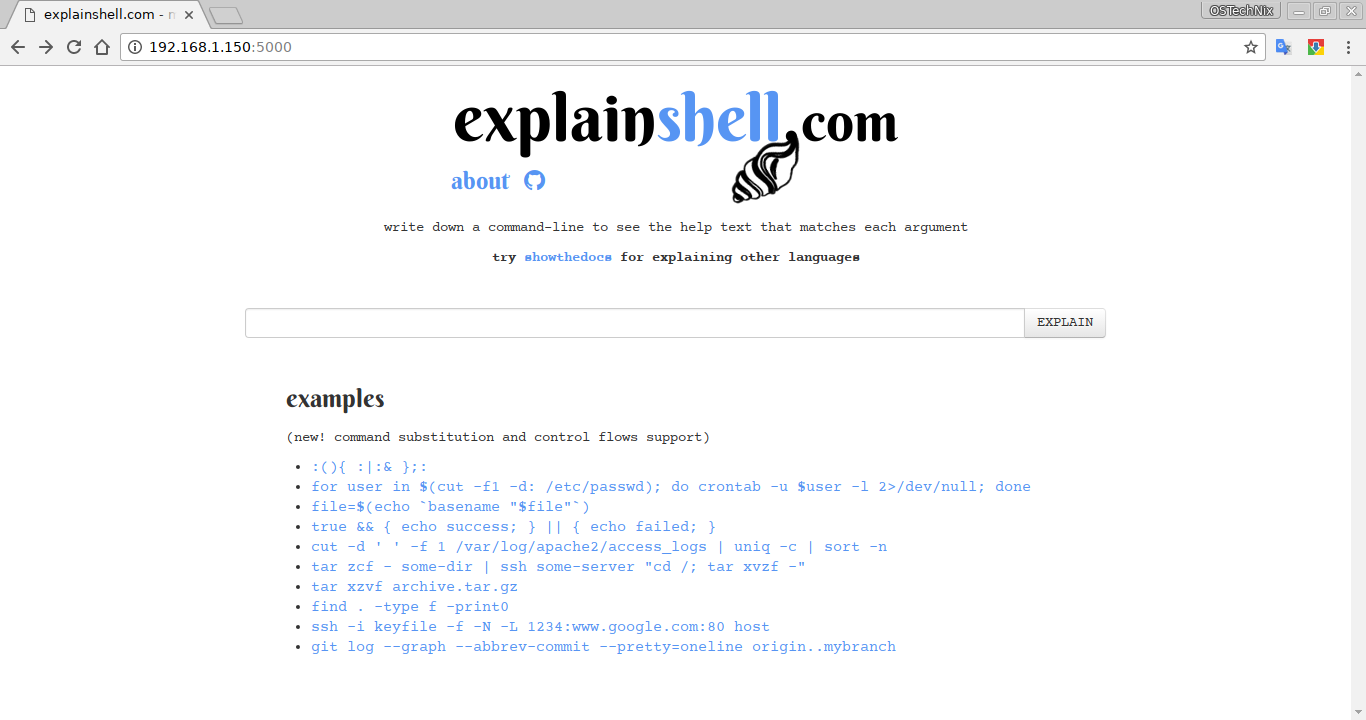 Wait, we're not yet finished. You need import the man pages. All man pages will be found under /usr/share/man/ location in your Linux system. You can import any man pages of your choice. The following command imports the man pages of cp command.

That's it. Now you can search the cp command details in explainshell local website.

As far as I tested, it displays details almost all command's explanation in a nice box layout. You don't have to go through long man pages or any website/blogs. ExplainShell makes a Linux user's commandline experience much easier, and it's a pretty handy tool to have in your arsenal.

CryptoGo – An Easy Way To Encrypt And Password Protect Your Files

How To Install Docker In CentOS

4 Ways To Keep A Command Running After...

How To Lock Virtual Console Sessions On Linux

How To Restore Broken Arch Linux To Previous...

How To Find The Connected State Of A...