A while ago, we wrote about ExplainShell, a web-based tool to learn what each part of a Linux command does. It divides the complex and lengthy Linux commands into multiple parts and gives explanation for each part. Using this tool, a Linux newbie can learn about various command line parameters and options without having to refer man pages. However, It will only help you to learn Linux commands. But what if you want to learn other CLI commands, for example Python? You won't find explanation of Python commands in ExplainShell. No worries! Today, I stumbled upon a similar tool named Kmdr that provides CLI commands explanation for hundreds of programs. It helps you to easily learn CLI commands without leaving the terminal and without having to go through lengthy man pages. Not just Linux commands, Kmdr provides explanation for a lot of CLI commands including ansible, conda, docker, git, go, kubectl, mongo, mysql, npm, ruby gems, vagrant and hundreds of other programs such as those built into bash.

Kmdr can understand complex, long and sub-commands. It will also understand the commands that include piping, redirection, list constructs and other bash-builtins and operators. Kmdr gets you the explanation of wide range of programs, tools, and utilities as listed below.

You can view the complete list of supported programs here. The developers are adding more programs every day. Keep an eye on the list and do check it from time to time.

Kmdr requires Nodejs version 8.x or above. If you haven't installed Nodejs on your Linux system yet, refer the following link.

After installing Nodejs, you can install Kmdr CLI with Npm package manager like below.

Kmdr can also be directly used from your web browser. No installation or sign-up required! Just open your web browser and navigate to the following link and provide your command.

Getting the explanation of a CLI command is easy! Take a following command as an example.

It is little bit difficult to understand for newbie and intermediate Linux users. For those wondering, the above command will display top most used commands in Linux.

If you want to know the explanation of each part in the above command, launch Kmdr CLI using command:

Kmdr will prompt you to enter your command. Just type it and hit ENTER key. 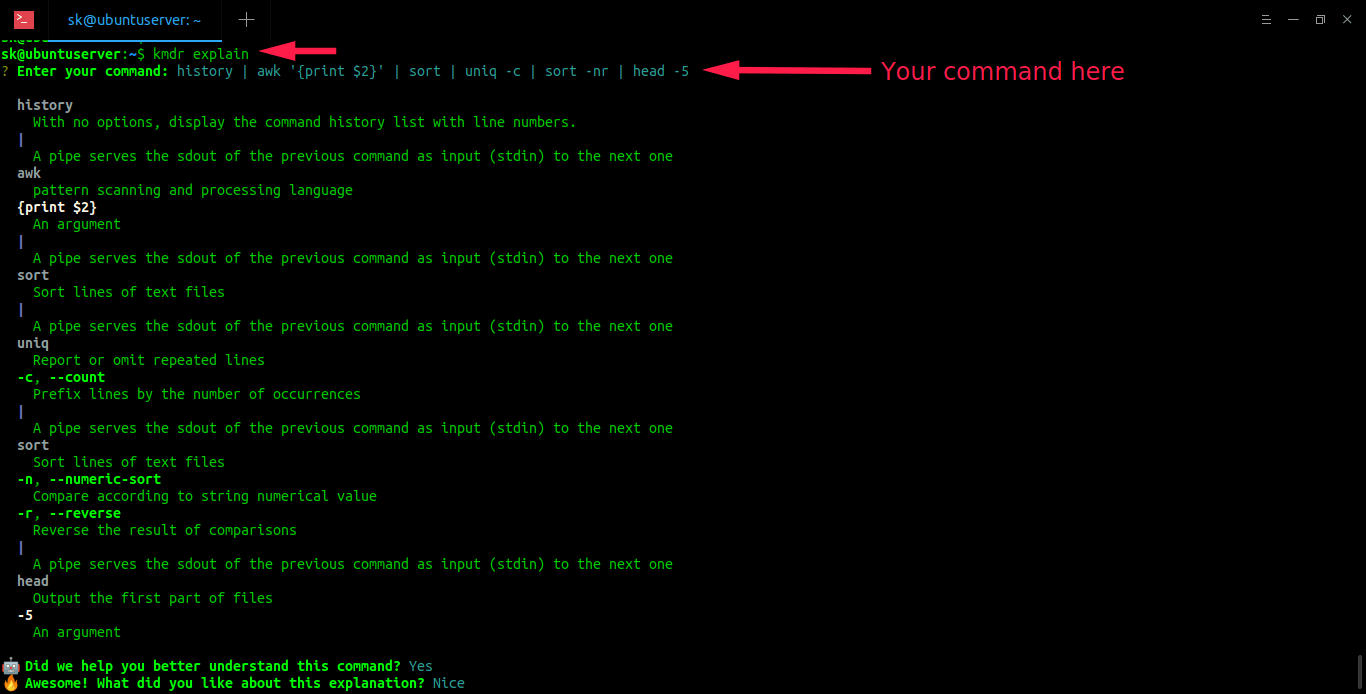 At the end of the explanation, Kmdr will ask you to share your feedback. You can choose Yes or No using arrow to send the feedback. If you choose Yes, just type the feedback and hit ENTER. If you don't want to share the feedback, simply choose "Skip & Exit" to exit Kmdr. It's that simple! 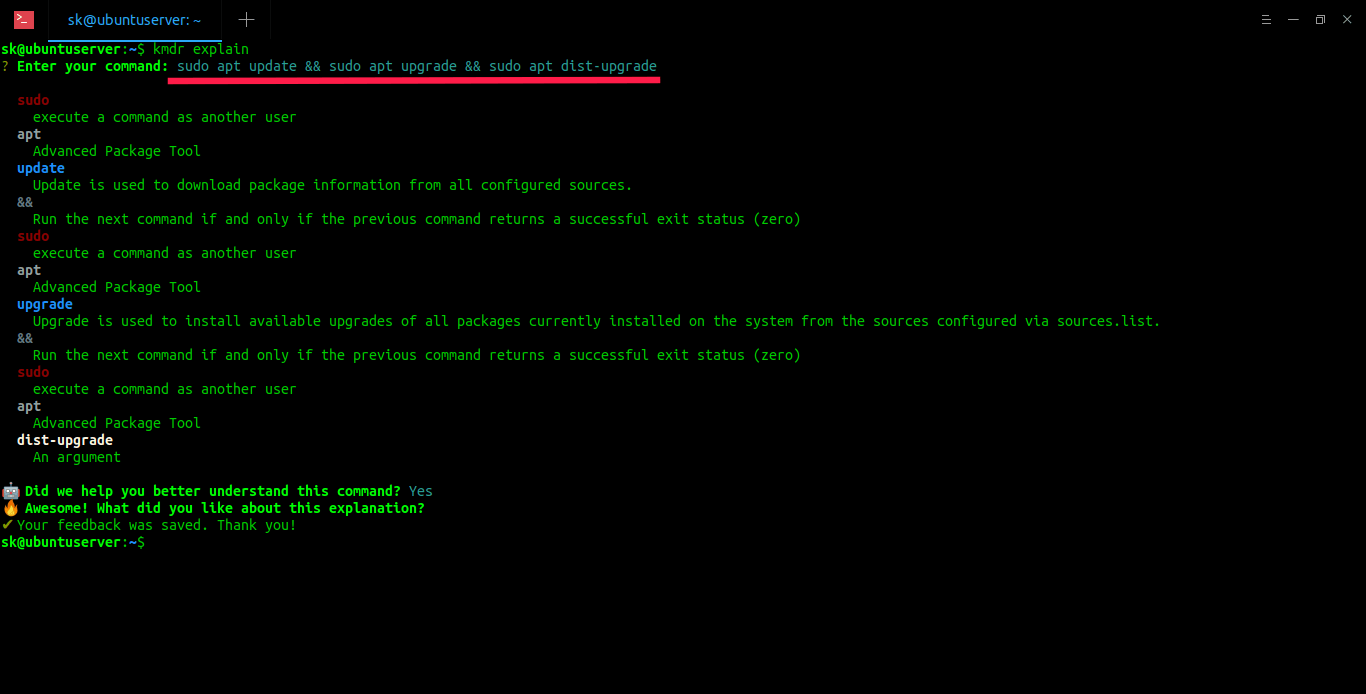 It's also possible to get the explanation for commands with grouped options.

I have given simple examples. You can try all sorts of complex commands that include piping, redirection, sub-commands, operators etc.

Kmdr CLI client is very new and still in the early stage. I hope the developers will improve it by adding more features in the days to come. Give it a try and share your thoughts in the comment section below.

How To Rotate Videos Using FFmpeg From Commandline In Linux

How To Monitor File Changes Using fswatch In...

We’ve just finished a kmdr browser extension that renders in-browser pop-up explanations for code. We’d be stoked if you tried it out! Since this article, we’ve extended coverage and think you’ll like it!