How Is Android Game Development Linked With Modern Technology

The concept of Android game development is not confined only to gaming consoles, PCs and allied programmable hardware. The present-day digital domain is highly enriched with latest gadgets and modern technology that provide flexibility, portability and engaging exposure. Android is regarded as the most popular operating system for mobiles, but it is also widely used in digital cameras, wrist watches, gaming consoles and television. The trend of Android game development became evident when it was successfully blended into different hardware platforms. Due to this reason, the gaming sector understood the preference of Android technology over Java or Symbian. 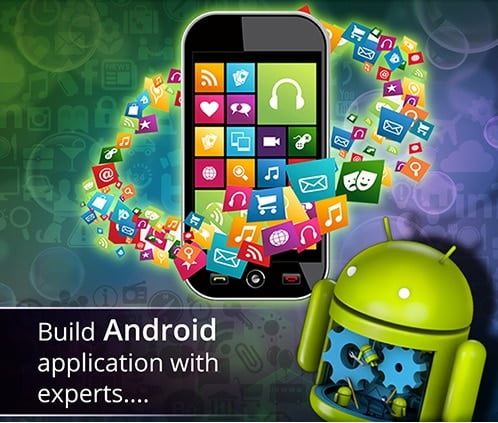 An Android game developer should be a quick learner of technology and should also know the ways to apply those for meeting the varying tastes and preferences. There are various gaming applications that Android game development companies USA offer to their target customers. It gives the users ample opportunities to choose the best that can satisfy their gaming aspirations. The visual elements of the gaming applications help the users to break the monotony and ensure a memorable experience.

Currently, mobile games in Google play store enjoy approximately 90 percent of profits. From exceptional Android game apps to intermediate and simple ones, Google store is enriched with plenty of big titles and the numbers are constantly on the rise.

Below are some of the salient features of Android platform which deserves mention:

Direct Manipulation: The unique interface of Android is highly appreciated and allows direct manipulation. The ability of this feature enables the users to interact by means of dynamic real-time action, feedback and objects of interest. Real-time gestures can be availed by the users through touch interface like dragging, swiping, and tapping along with multi-touch activities. This attribute is of great help when designing highly interactive and user-friendly Android game apps.

Easy use of programming languages: Developing gaming apps on Android is done mainly through common programming languages like C++ and Java. These languages are widely popular across the globe. NDK and Android SDK are developed by applying known languages, with which the developers are very familiar. That is why Android game development looks much swift and easy.

Sublime Support: Android gaming application has the ability to offer quality support to multimedia operations. The Android game developer by using multimedia support can avail the liberty to apply multimedia objects inside the game. This will enhance the gaming experience of the users especially those with sharable and live contents.

Interaction with device environment: The main differential feature of Android gaming applications is that different controls of a game can be designed with the help of a range of sensors that are available on Android tablets or mobile devices. Moreover, the gaming applications of Android offer strong connectivity through LTE, Bluetooth, Wi-Fi, EDGE/CDMA/GSM etc. Because of this unparallel support, on different platforms Android game developers can build multi-player games with the uninterrupted gaming experience.

User Experience: Android games offer lively impression of providing an everlasting user experience. It provides real-time interactions and superb game controls with GPS sensors and gravity depending upon the theme. Because of flexible gesture control and OpenGL customized visual quality and graphics can be availed. Last but not the least; the Android platform supports Virtual Reality via Cardboard SDK to come up with VR-based games.

Updates and services: Google has an amazing habit to serve its customers with the latest and innovative updates. The Google Play Service was developed after Froyo and it is a closed system and integrated service. This is an exclusive API service provider which serves as a useful tool for Android game development.

And, that's all for now. This post just gave you a basic idea about Android game development. You know now the features and the benefits that Android game applications can offer you.

HP HPE6-A44 Certification Exam – Learn All You Need To Know

Find If A Package Is Available For Your Linux Distribution