How To Find And Remove Unused Packages In Linux

First, we will see how to find and remove unused packages in Ubuntu and its derivatives such as Linux Mint, elementary OS.

Deborphan is a command-line utility that can be used to find and remove unused or orphaned packages in DEB based systems. It is available in the official repositories. To install it, open up the Terminal and run the following command:

Once installed, run it as shown below to find out the orphaned packages.

As you see above, I have few unused packages in my Ubuntu system.

To remove the orphaned packages, run:

Select the files and select Ok to remove the all fines. 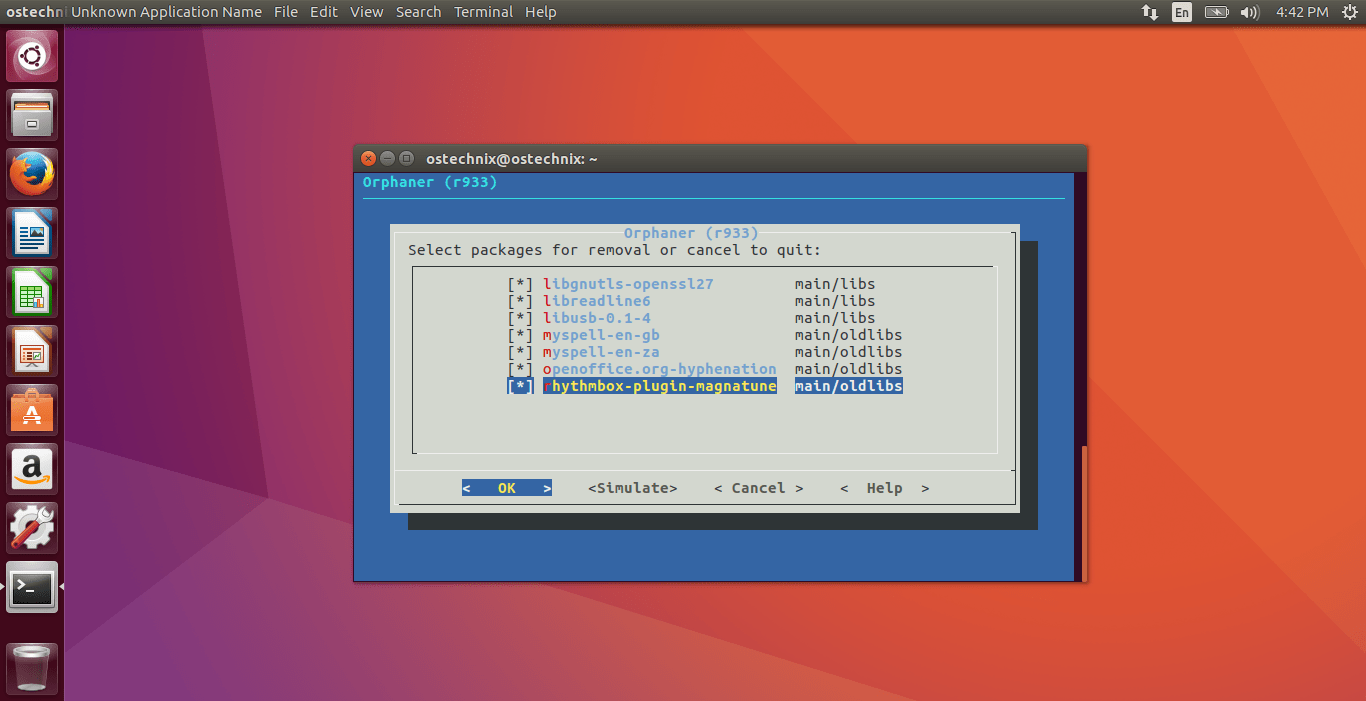 Gtkorphan is a graphical tool that allows us to find and remove orphaned packages. Gtkorphan is only for desktop editions. If you're using Ubuntu server without GUI, use Deborphan instead.

Gtkorphan is available in the default repositories. To install it, run:

Once installed, launch it by running the following command from the Terminal: 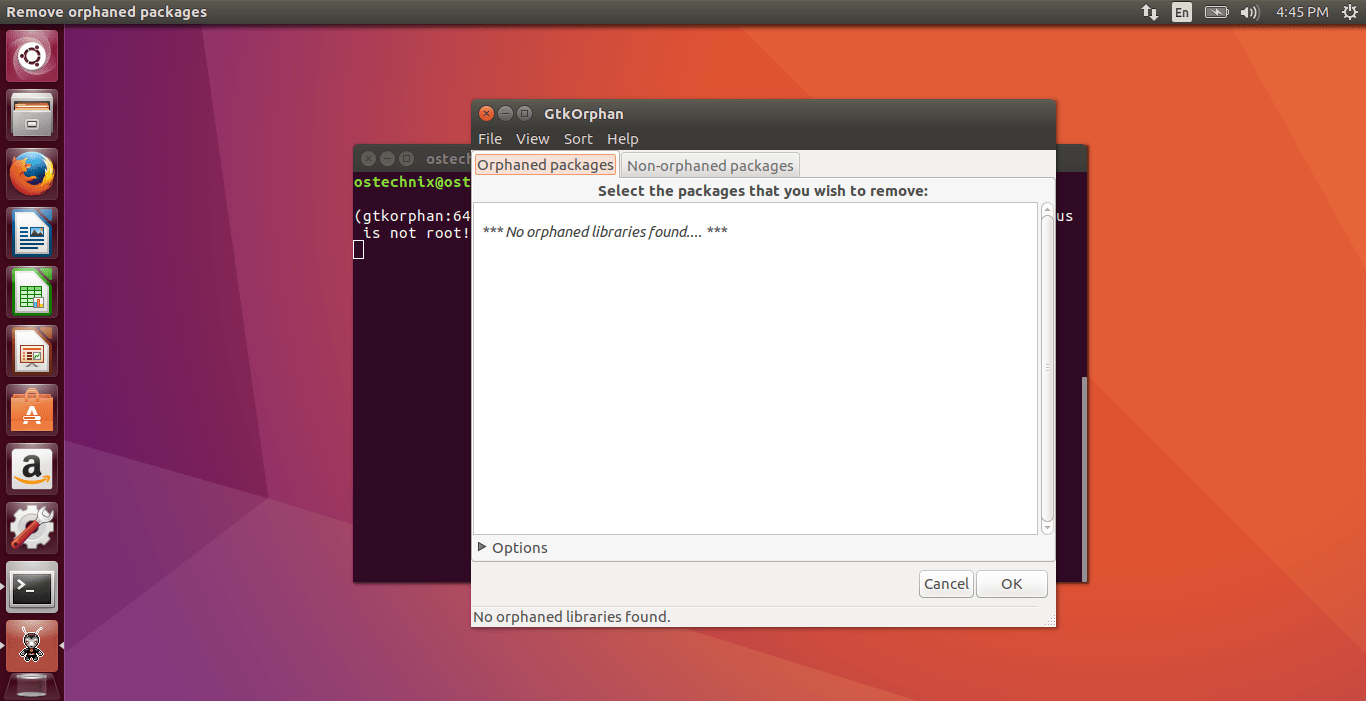 Since we already removed the orphaned packages, it shows nothing. However, at the first time, we need to initialize the system in order to keep track of needed packages, even if they are listed as orphaned.

To do so, from the main window, expand the“Options” section and check the box that says - “Show all orphan packages, not only those in the libs section”. 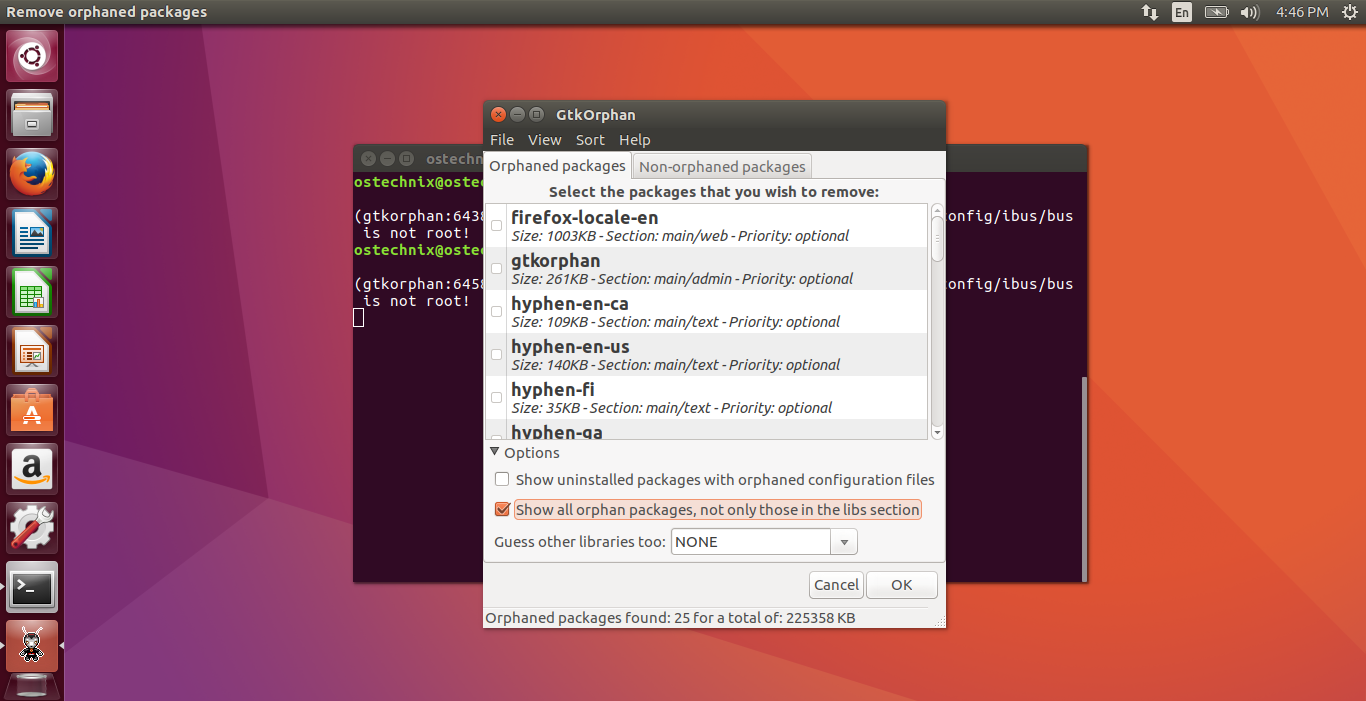 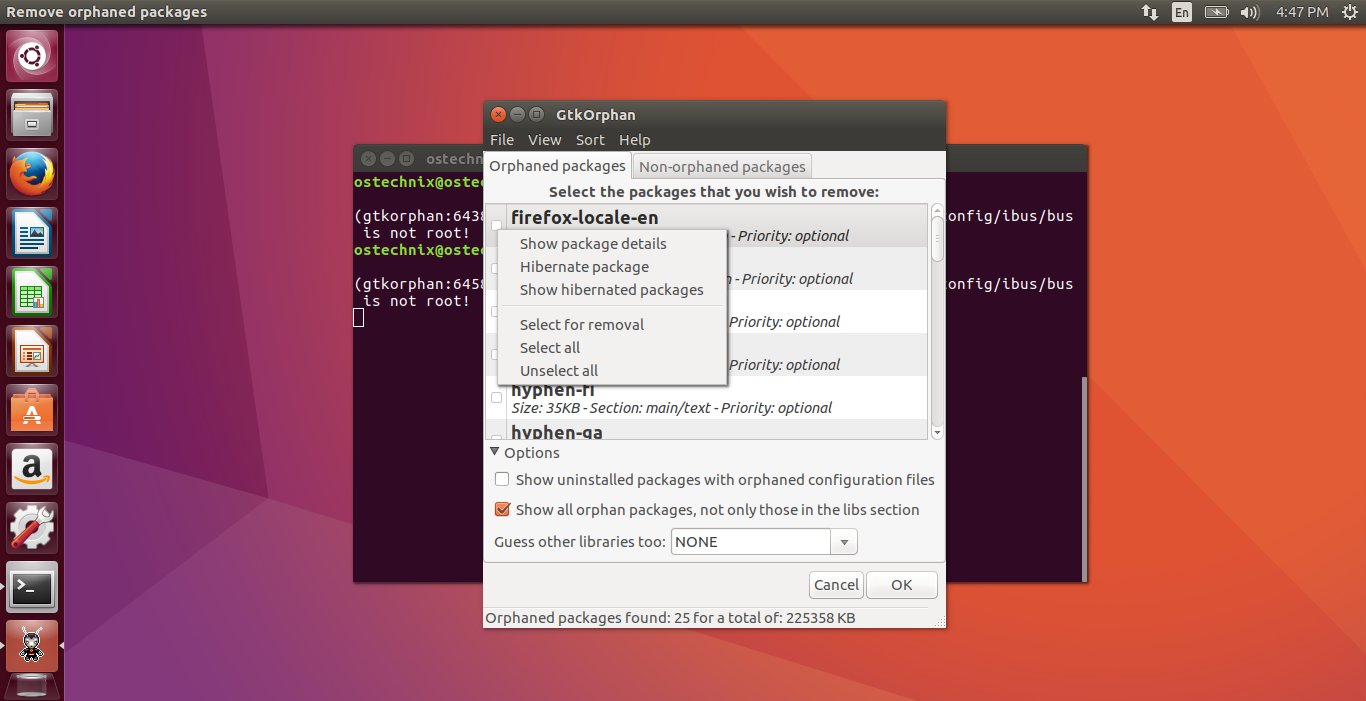 Hibernate important packages that should not be removed by Gtkorphan

This will keep the packages from removal by Gtkorphan. You only need to do this at the first time. After that, you can remove the orphaned packages if any exists.

Once you hibernated all important packages, scroll down through the list of other packages. If you don't need any package, just right click on it and click "Select for removal" option.

Alternatively, run the following command to remove the unused/orphaned packages all at once.

Congratulations! Now, you have freed up some space in your hard drive.

Rpmorphan is a command line utility that can be used to find orphaned packages in RPM based systems, such a RHEL, CentOS, Fedora, Scientific Linux, SUSE etc.

Before installing Rpmorphan, make sure you have installed Perl and perl-Tk packages. To install these packages, run the following command as root user:

Then, download Rpmorphan package from the following link. As of writing this, the latest version was 1.16.

After installing rpmorphan, run it to find the orphaned libraries:

It's also possible to display the orphaned packages of a specific period.

For example, to display all orphaned packages that are installed in the last 2 days, run:

Display all orphaned packages, installed 10 days ago (or more):

Display all unused packages since 10 days or more:

If you no longer need those orphaned packages, just remove them using yum command and free up your hard drive.

How To Speed Up Downloading Of Packages In...

How To Install Multimedia Codecs In OpenSUSE

“Gtkorphan lists some important packages as unused”, so how can I know if this package is belongs to an installed app -or it’s a dependencies for another package so I shouldn’t remove- I have a huge apps and haven’t time to search for each package is belongs or not :-?