How To Limit User’s Access To The Linux System

You want to allow an user to do only certain tasks and execute certain commands. The user shouldn't change the environment variables/paths.

The user can't visit to the other directories except her/his home directory and can't switch to other users etc. The user can only be able to execute a few commands assigned by the system administrator. Is that possible? Yes! This is where Restricted Shell comes in help.

Restricted Shell is used to limit user's access to the Linux system. Once you put the users in restricted shell mode, they are allowed to execute only limited set of commands.

I tested this guide on CentOS 7 minimal server. However, It will work on most Unix-like distributions.

What is Restricted Shell?

This can be very useful when a large number of users are using a shared system. So, If you want to allow the users to execute only specific commands, Restricted Shell is one way to do this.

First, create a symlink called rbash from Bash as shown below. The following commands should be run as root user.

Next, create an user called "ostechnix" with rbash as his/her default login shell.

Create a bin directory inside the home folder of the the new user.

Now, we need to specify which commands the user can run.

Here, I am going to let the user to run only "ls", "mkdir", and "ping" commands. You can assign any commands of your choice.

To do so, run the following commands:

Now, you understand why we created the "bin" directory in the earlier step. The users can't run any commands except the above three commands.

Next, prevent the user from modifying .bash_profile. 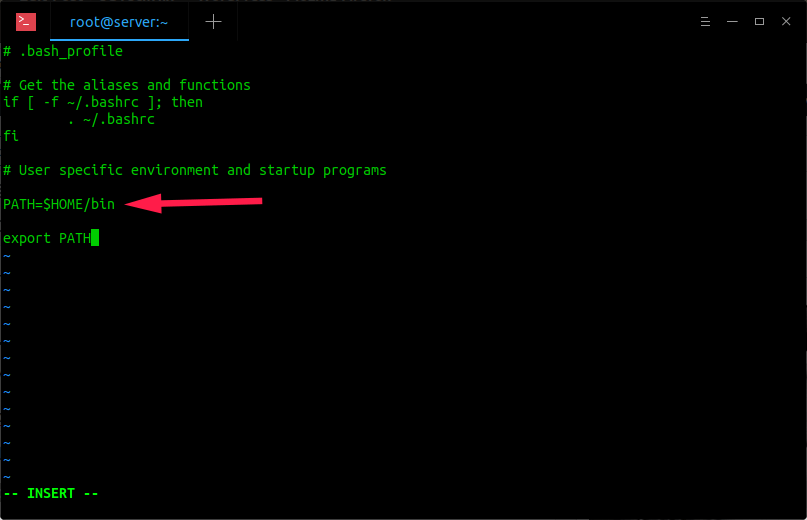 Press ESC key and type :wq to save and close the file.

Now when the user logs in, the restricted shell(rbash) will run as the default login shell and read the .bash_profile, which will set PATH to $HOME/bin so that the user will only be able to run the ls, mkdir and ping commands. The restricted shell will not allow the user to change PATH, and the permissions on .bash_profile will not allow the user to alter the environment to bypass the restrictions during the next login session.

Now, log out from root user and log back in with the newly created user i.e ostechnix in our case.

Then, run some commands to check whether it works or not. For example, I want to clear the Terminal.

You can't use cd command to change to the different directory.

You can't redirect the output using > operator either.

The user "ostechnix" is allowed to use only the commands assigned by you (the system admin, of course). In our case, the user can execute ls, mkdir and ping commands. 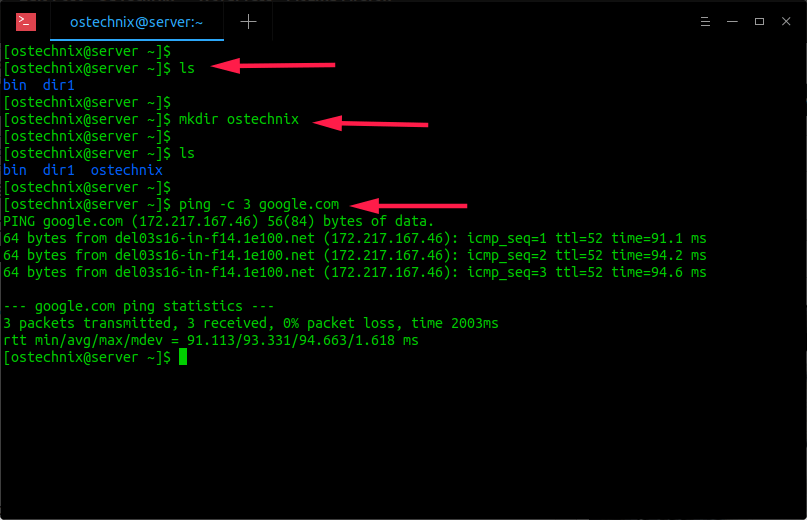 Apart from these three commands, the user can't perform anything. S/He is completely under your control.

If you want to assign more commands to a user, log out out from the current user and back in to the root user again and assign the commands as shown below.

For example, to allow the user (i.e. ostechnix) to execute rm command, run the following command as root user.

Now the user can able to use "rm" command.

For more details, refer the man pages in the link given below.

How To Install Rclone In Linux And Unix

The Difference Between more, less And most Commands

This is a very helpful article, and presents a much simpler way of providing the exact functionality I need than a chroot jail. Thanks!

I would like to allow user to use cd command
how?

It will not allow you to execute “cd” command. So you can’t go anywhere. You can simply stay in the current working directory. If you allow the “cd” command, what is the point of using Restricted Shell? The user can go anywhere and do whatever he wants. There won’t be any restriction.

Anyway, try the following and let me know if it works.

Make sure you have created the “/home/ostechnix/bin” directory. Now, the user can able to use “cd” command.

Thanks for the update. It is the main goal of Rbash.

This is a really helpful article and exactly what I needed in a clear manner and thanks for that. But I have a question, if I wanted to allow users to run certain Python scripts from an alias stored in the /opt/ directory, how would I allow a user to run a command say

or a custom alias for that?

Create a “bin” directory inside the home folder of the the new user and move the script to bin directory. Please read the guide carefully. I have mentioned how to allow users to run new commands.

How do I set for a perticular group.

thx for this useful article .

sorry ignore the above about path . it is working fine with PATH=$HOME/bin , it was rather /home/userx/bin directory permission issue . thanks again for this intuitive article .

actually I wanted this user to have the right to read some system logs like /var/log/messages , so have added sudo privileges (/etc/sudoers) to user group .
after doing so , the user was no more restricted to those commands … is their a way to have : root privileged user with restricted commands ?

This is a very nice article … but using rbash (this way) is very dangerous. For two reaons:

1. The user’s /bin directory is writable. If the user can ssh into the system, he can easily copy other commands from remote to this directory and even preserve their executable privilege (scp -p).

2. It’s a chroot environment and it is very easy to break out of the rbash, even with such a simple program like vi / vim, which allows the user to change the shell. Allowing Python or other programming languages is even worst, it takes at most a minute to break out of this jail …

You should be very careful about, what programs you allow and know them very well. You should also remove the write privilege to the /bin directory.

One correction: It’s not a chroot environment, but the problems remain the same.

‘Linux and freedom’ is being bashed here!

Hi. Thank you for your time and the new info you shred with me. Sadly, even before I read the message posted by Michael Motzkus I tried scp and I, indireccly could access many files I wouldn’t like some users to access. Is there any way to solve his.

I’m trying thins with a server in a Raspberry Pi and the new user is my wife and of course is a trustworthy user (yes, I trust my wife, an old-school guy over here haha), though she isn’t keen on computers. She won’t go that far to do something like using scp command, but I wanted to experiment with the fact that, in a near future, I might grant certain access permission to some users in the future and I wanted to test the resistance of this method.

At this point you info is very useful, but I will find out more to get a very safe way to get this done for future untrusted users.

Have a good day.