The other day we published a beginners guide to manage Python packages using PIP. In that guide, we discussed how to install pip, and how to install, update, uninstall Python packages using pip. We also discussed the importance of virtual environments and how to create a virtual environment using venv and virtualvnv tools. Today, we are going to learn about another python package manager named pipenv. It is the new recommended Python Packaging tool by Python.org. It can be used to easily install and manage python dependencies without having to create virtual environments. Pipenv automatically creates and manages a virtualenv for your projects. It also adds/removes packages from your Pipfile as you install/uninstall packages.

There are many ways to install Pipenv. We will see two officially recommended methods.

The official recommended way is to use pip. Make sure you have install python and pip. If not, refer our previous guide linked in the first paragraph of this article.

Once pip installed, run the following command to install pipenv.

This command will install pipenv in user level (i.e not system-wide). If pipenv is not available in your shell after installing it, you may need to add your user base's binary directory to your PATH. If you don't know what your user base is, run the following command to find it out:

Add this line at the end:

Press ESC key and type :wq to save and quit the file. Then, run the following command to take effect the changes.

To upgrade pipenv at any time, run the following command:

Pipsi is a powerful tool which allows you to install Python scripts into isolated virtual environments.

Follow the on-screen instructions, you’ll have to update your PATH.

Once pipsi installed, run the following commands to install pipenv:

To upgrade pipenv at any time, just run:

Run 'pipenv' in your shell to display the list of available commands and general options. 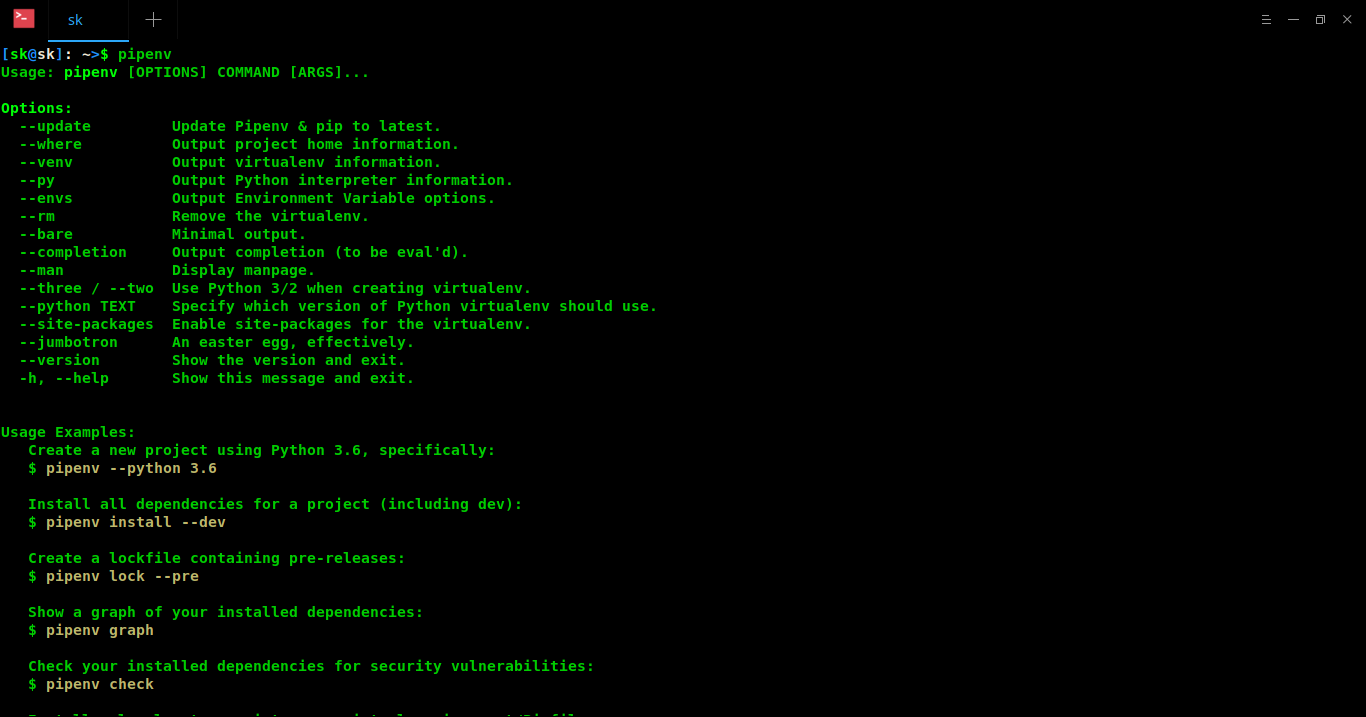 Create a new project or go to the existing project's directory.

Install the packages for your project:

When you ls into your project's directory (i.e myproject in this case), you will see two files namely Pipfile, and Pipfile.lock. The Pipfile contains information of the newly installed package such as name, version etc. You can use this Pipfile to track which dependencies your project needs when you want to re-install or share the project with others. 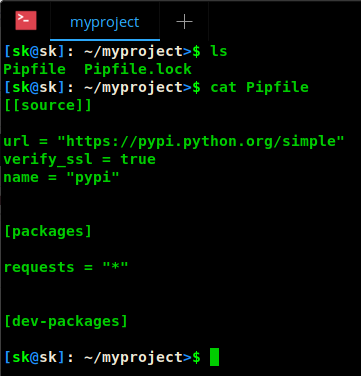 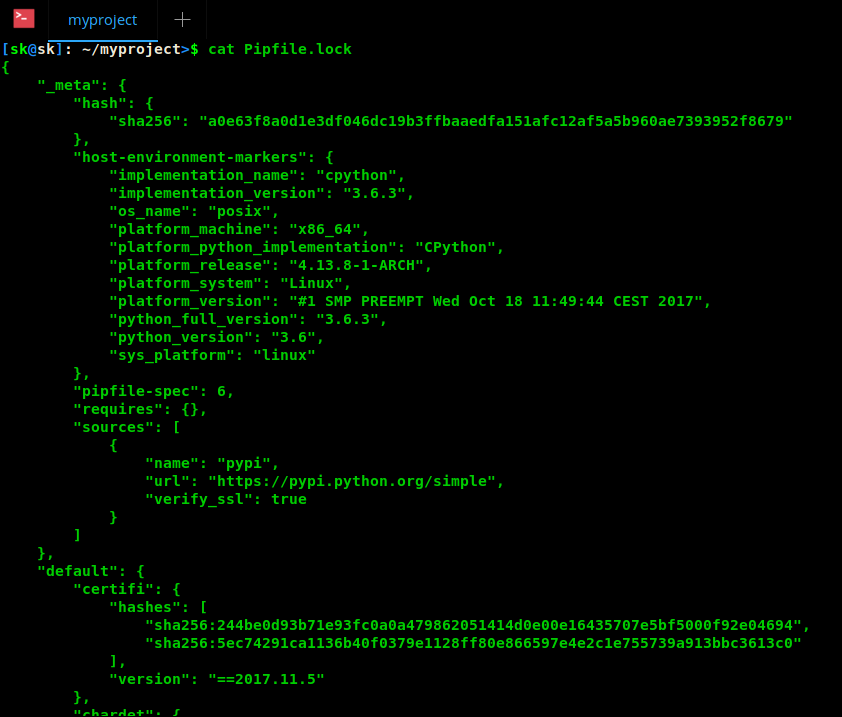 Now install another package and check the contents of the two files again. You will notice that the Pidfile now contains two packages. And, Pidfile.lock contains all the dependencies of the installed packages including their version, and all the hashes for all installed packages and their dependencies. To put this simple, these two files will get updated automatically each time you install a new package.

As you can in the both outputs, "/home/sk/myproject" is my project's home directory and "/home/sk/.local/share/virtualenvs/myproject-x7-2XYPN" is my virtual environment.

You can "ls" into your virtualenv to check what's in there.

To update all packages, run:

This command will uninstall all packages, and re-install package(s) to latest compatible versions. 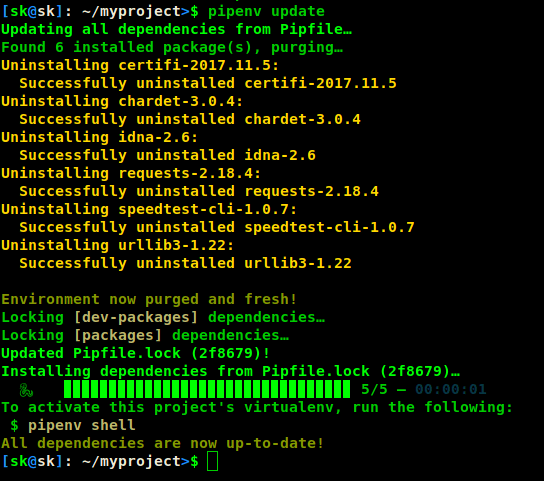 Checking integrity of a package

Are you worrying if there are any security vulnerabilities in the installed packages? No problem! Pipenv got your back. To check the integrity of packages, just run the following command:

The above command checks for security vulnerabilities and against PEP 508 markers provided in the Pipfile.

Let us run 'pipenv graph' and see what happens.

As you can see, this command displays the dependency graph.

To remove a package, run:

To uninstall everything, run:

As far as I tested Pipenv is much easier to use than pip. Since it is officially recommended by Python.org, you can now get-rid of venv and virtualenv altogether when installing Python packages.

How To Fix “pacman: error while loading shared libraries” Error In Arch Linux

Could you post a link to where on python.org they recommend pipenv over virtualenv or python -m venv ?

I read it here. It is mentioned under the “Installing Pipenv” section.

Thanks for this info on pipenv. I could not tell however, from this discussion how pipenv explicitly interacts with a particular python instance (as installed, and in cooperation with “pip”,”pip2″, “pip3”, etc) that may typically be co-installed in my case on CentOS 7.x ,(e.g. python2.7, python3.4, python3.6 etc). I am most interested in assuring that pipenv can be directed to service packages only for python3.6, and avoid any other installed python instance, especially the yum installed python2.7