A Shell Script To Setup Development Environment In Ubuntu

A while ago, we have published a guide that described how to install development tools in popular Linux distributions, such as Arch Linux, CentOS, RHEL, Fedora, Debian, Ubuntu, openSUSE etc. That guide explained how to install all necessary applications, such as GNU GCC C/C++ compilers, make, debuggers, man pages and others which are needed to compile and build new software, and packages. In this guide, we will do the same, but using a script called "Mangi script". This script is used to setup development environment in DEB based systems such as Ubuntu, Linux Mint and other Ubuntu derivatives.

After the Ubuntu fresh installation, grab this script from the GitHub repository (The link is given at the end) and make it executable and start installing the all required tools and packages to setup complete development environment. You don't need to install the tools one by one.

This script will install the following development environments and tools on your Linux system.

The above command will extract the zip file in a folder called mangi-script-master in your current working directory. Change to the directory and make the script as executable using the following commands: 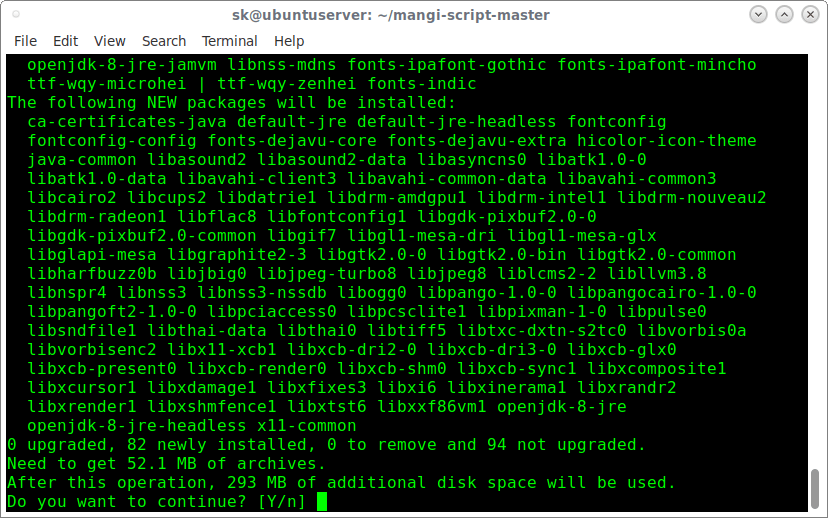 Please be mindful that this script is not fully automated. You need to answer a series of Yes/No questions to install all development tools.

Thank you very much

Please let me know how to uninstall the mangi-scrpt-master?