Today I stumbled upon a fun command line script named Bash-insulter. The Bash-insulter script insults the users when they type a wrong command. Using bash-insulter, you can make the users uncomfortable by displaying funny and insulting words when they run a misspelled command in the Terminal. It will work on any Linux and Unix-like operating systems that contains BASH Shell version 4 and newer and Zsh.

Make sure you have installed Git. If it is not installed already, use your default package manager to install it. For example, you can install GIT using the following command in any DEB based system:

Then, git clone the Bash-insulter repository:

Copy the script to your /etc/ folder.

Press ESC key and type :wq to save and close the file.

Finally, run the following command to update the changes.

Now, type some wrong command to see how it insults you. 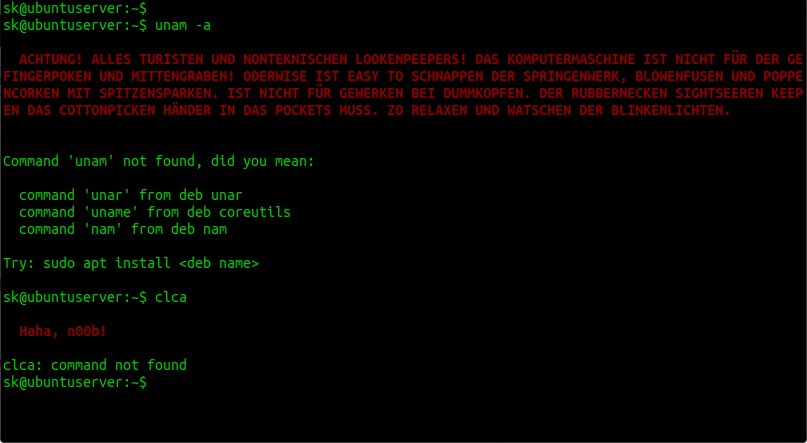 LOL! Funny, isn't? The script author has added the insults that doesn't offend much any one. You can, however, add your own insults as you wish.

To do so, edit /etc/bash.command-not-found file:

Add something as you wish within local insults directive.

I have added some aggressive insults. See yourself in below screenshot. 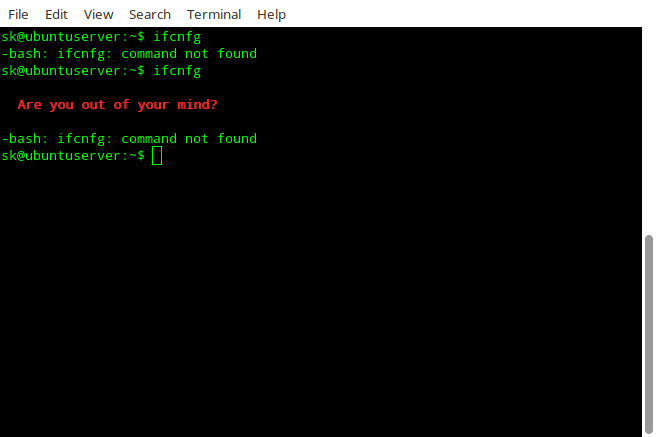 Disclaimer: Neither we nor the author of this script are responsible if you offended someone's feelings either intentionally or accidentally using this script. This script is purely for fun and entertainment purpose. Have fun!

How To Check Disk Space Usage In Linux...

VirtualBox Is Not Opening After Updating Harfbuzz In...

How To Automatically Organize Similar Type Of Files...

NOT A VALID URL
does NOT WORK.

I just checked it. It works for me.