A while ago, we have written about Netdata, a lightweight, real-time performance and health monitoring tool for systems and applications. It monitors almost everything in a system and displays the result in a nice graphical layout in the web browser. Netdata requires no configuration and no dependencies either. It just works out of the box. Today, I stumbled upon a similar utility. Say hello to Doppler, a zero configuration remote monitoring tool for Linux systems. Just like Netdata, Doppler is also lightweight and it doesn't require any additional configuration.

What does actually Doppler monitor?

Doppler is not much feature-rich tool like Netdata. It has a limited set of features and monitors only a handful of things, such as:

It also will display system details, such as;

Download the latest available from the releases page. As of writing this, the latest version was 0.1.0.

Move the downloaded file to your $PATH, for example /usr/local/bin/.

And, then make it executable using command:

Note: Doppler requires lm-sensors to monitor the CPU temperature. If there is no lm-sensors package present on your system, you might encountered with the following error.

To install lm-sensors on your Linux system, refer the following guide.

Done! It is time to monitor the systems!

You might need to allow this port through your firewall or router to access the Doppler web dashboard on remote systems.

On systems that use firewalld, for example RHEL and CentOS, run the following commands one by one to allow the port 3456.

On systems that use UFW, for example Ubuntu, run:

Now, open your web browser and navigate to http://ip-address:3456.

If the port 3456 is already being used, you can simply run Doppler on different port, for example 6543.

Now, you can access the Doppler dashboard by navigating to http://ip-address:6543.

Also, Doppler will run with with a polling interval of 2.5 seconds by default. You can, of course, this value as well.

For example, the following command will run Doppler on port 6543 with a polling interval of 5 seconds.

Here is the sample screenshots from my CentOS 7 and Ubuntu 18.04 LTS systems. 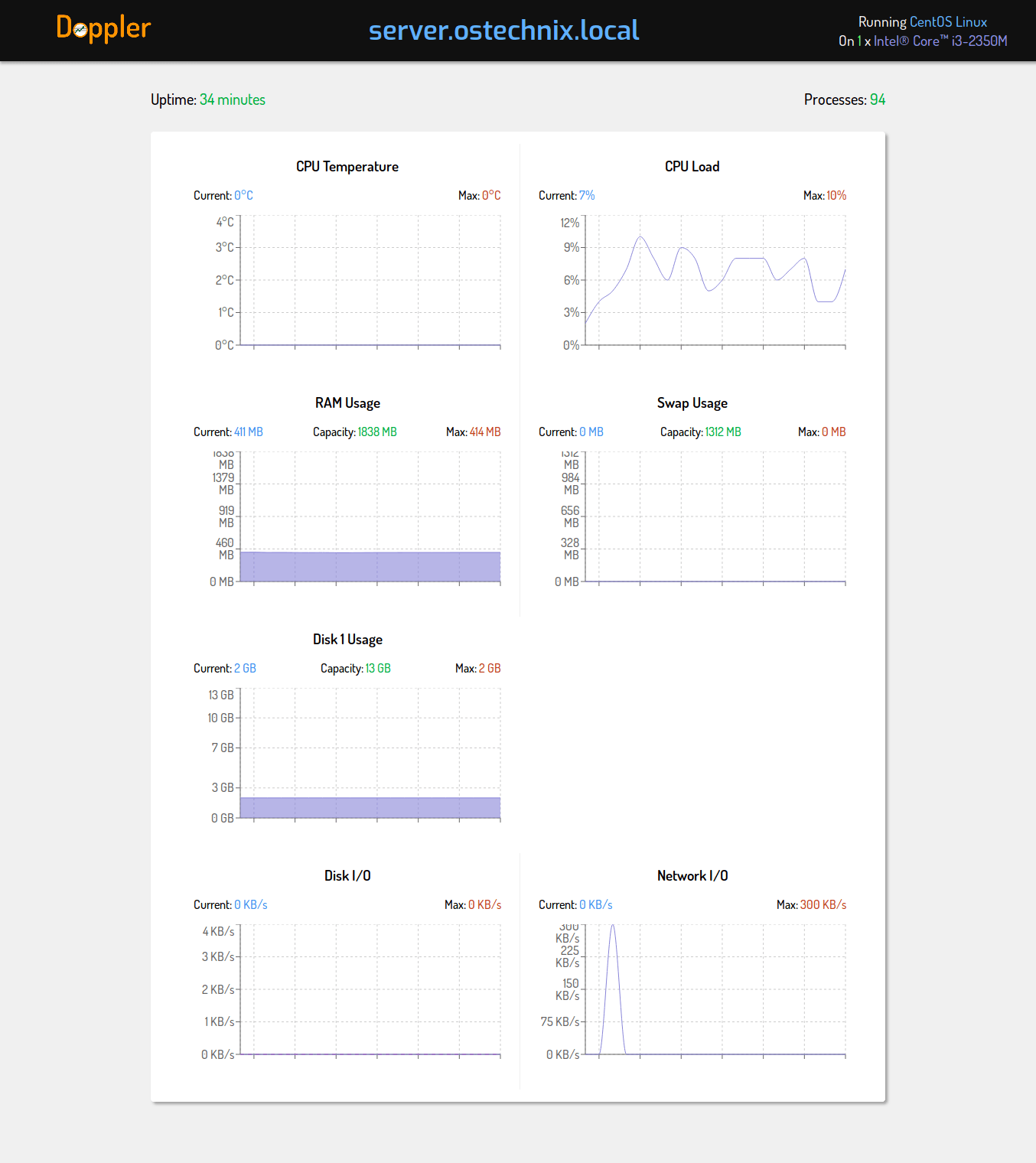 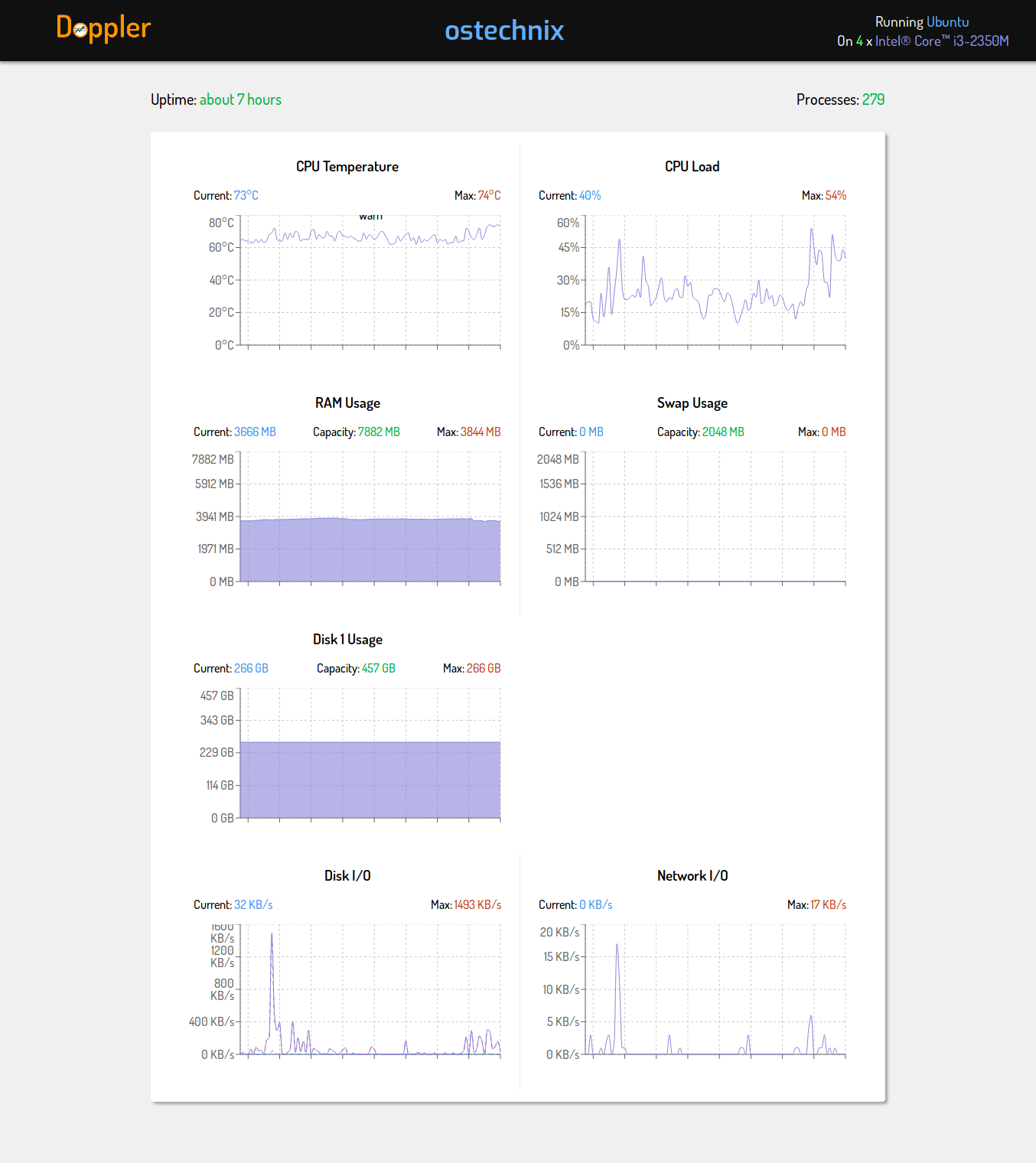 As you can see, Doppler requires absolutely no configuration! It just works out of the box. You need not to be an advanced Linux user to setup a monitoring tool to your remote or local systems. Just download Doppler, movie it to your path, make it executable and run! It is that simple!!

To get help, run:

Just remove the Doppler file from the $PATH.

If you are a newbie Linux user who don't want to spend much time to setup and configure a remote monitoring tool, Doppler might a good choice. Give it a go and see if it helps.

How To Find Default Gateway IP Address In...

How To Find Vagrant Machine IP Address From...

How To Set Or Change Hostname On Linux

Getting Started With Toolbox On Fedora Silverblue