Howdy Cricket enthusiasts! I've got a good news for you. Now, you can get live Cricket updates from commandline. Want to know the score of your favorite team? Want to know the rankings of the ICC Players? You can all details without leaving your Terminal. A fellow Cricket enthusiast and developer has created a simple Python script named "cricket-cli" that displays the live Cricket updates from the Terminal.

Using cricket-cli, we can get the following cricket updates:

It is free and ope source utility. The code is freely available in GitHub, so you can fork it, improve it, add additional features, or fix bugs if there are any.

Cricket-cli can be installed using pip, a package manager to install applications written in Python.

If you haven’t installed pip already, install it as described below depending upon the distribution you use.

On Arch Linux and its derivatives like Antergos, Manjaro Linux, install pip using the following command: 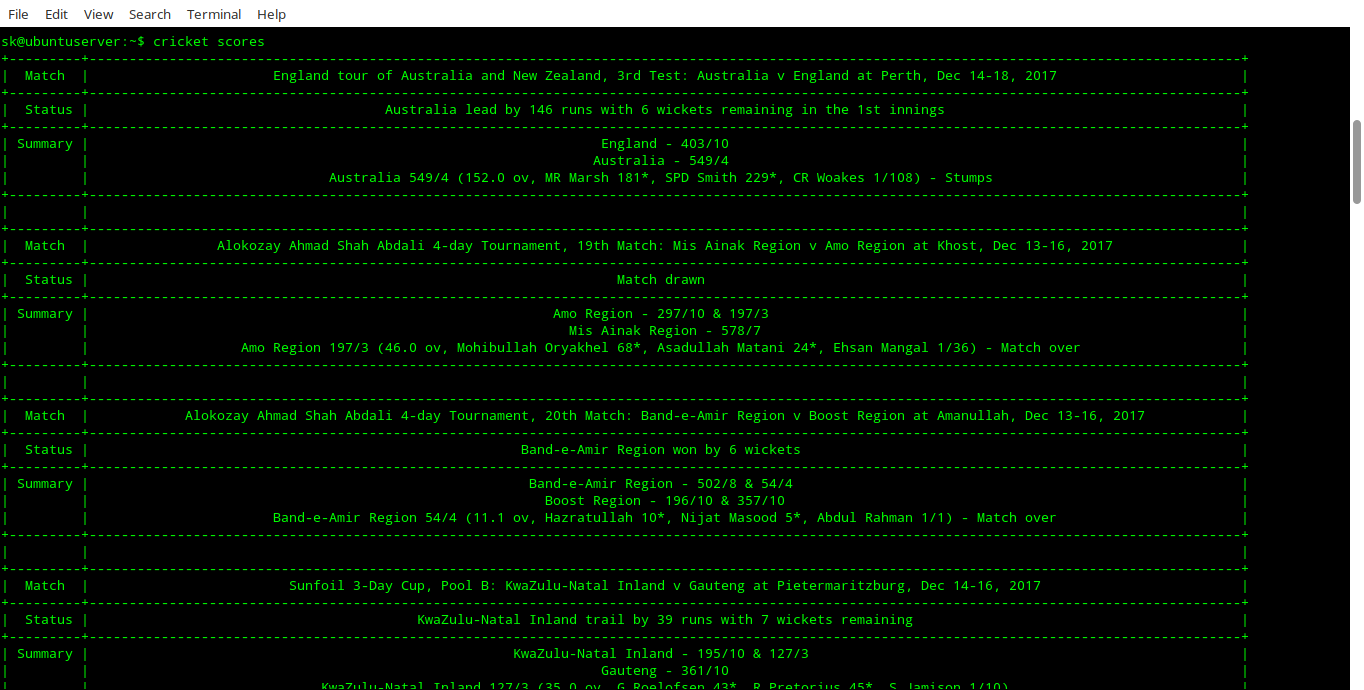 As you see in the above screenshot, cricket-cli displays the list of available matches, and their status and the summary of each match in a nice tabular-column format. In this output, you can view the details such as which team is currently playing, the total score of each team, how many wickets have gone, and the maximum runs of the individual players in the leading team etc.

Let us see the ICC player rankings. To do so, run: 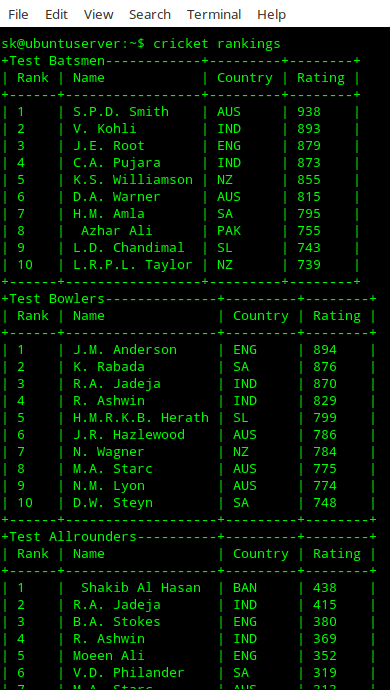 The above command shows the top-ten player's rank, name, country and rating details grouped by role. 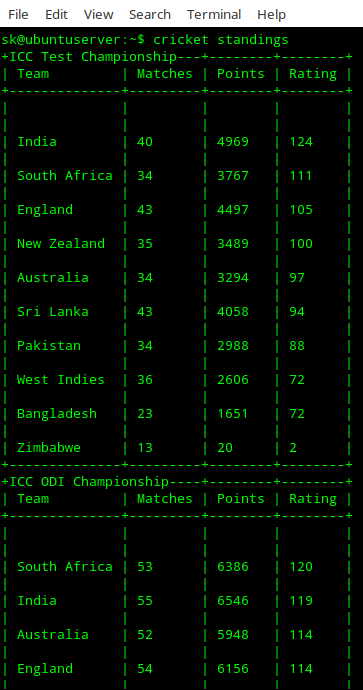 This command shows the top-ten ICC team (men and women) standings based on their championship.

For getting help, run:

Dear, I tried many plugins and tools for live scores. I think this is what I was looking for. Thanks for sharing