Most of us grew up watching movies such as Star Wars, Terminator, and Mighty Morphin Power Rangers. The fictional concept of technology shown in these movies was merely a work of the writer’s creative imagination, but today it has become a reality for many of us. Yes, we are talking about artificial intelligence that has gradually redefined the concept of human-machine interaction.

Take a look at your environment. You will see countless examples of artificial intelligence. Some of them that we use in our everyday lives include:

Siri, Cortana, and Google Assistant are the most popular forms of AI that we interact with on a daily basis. And why wouldn’t we, they are built-in our smartphones which we use for approximately 5 hours per day. The systems are more user-friendly than the ‘traditional’ touch system and are capable of detecting voices and responding accordingly.

As the name suggests, the virtual assistants indeed work like personal helpers and act on our every command such as sending a message, telling directions, and scheduling meetings. They are also able to control the home appliances of one’s smart home.

The on-demand video service boasts over 117.58 million subscribers worldwide. The company utilizes artificial intelligence to detect user’s behavior and offers recommendations based on their interests. Similarly, Amazon and eBay have been using AI for a very long time to analyze user’s interest and provide them with suggestions.

Moreover, the Amazon company is working on advancing their artificial intelligence techniques that will deliver products to customers before they even request them or even know that they needed it.

Facebook doesn't need any introduction. The popular social media platform accounts for 2.13 billion users worldwide. If you are also a regular user of Facebook, you must have noticed different content on your newsfeed that are according to your preferences. Well, that’s AI at work which analyzes your behavior and shows you material related to your interest.

Google Maps is another example of AI at work that has made navigation across city and countries reasonably easy. The app uses algorithms to suggest the most convenient routes for the travelers while also notifying them of high-traffic areas. The best thing about the app is that it is suitable for everyone. Whether you are driving, walking, or cycling – the Google map will assist you in the transport of your choice.

From the above examples, one can readily recognize that artificial intelligence reacts and works just like humans. The technique improves personalization with the users, which thus enhances their customer’s experience with the brand. Take another example of Gmail. The email service provider uses artificial intelligence to detect suspicious emails and automatically sends them to the spam folder. The technique saves a lot of time for the users who would be wary of deleting so many unwanted emails that would also make them vulnerable to viruses and security breaches.

Simply put, the need of artificial intelligence is apparent for the customers of today. According to data statistics, only 0.01% of apps manage to see financial success. Furthermore, 77% of users uninstalled apps within a week of downloading them. The main reason for this is that most apps fail to meet the demands of the customers that include factors like security glitches, slow speed, spam, and reduced user’s experience.

Along with the demands of the customers, the competition in the industry has also escalated. The Apple app store that started with a mere 500 apps in 2008 has expanded to over 2.2 million apps. The Google Play Store is also not behind and boasts more than 3.5 million apps. Since so many companies are offering similar apps and services, the app developers are putting their prime focus towards improving customer’s experience and boost engagement.

With the integration of artificial intelligence, app development is changing rapidly and in the future is predicted to grow further. In fact, 41% of consumers agree that AI has made their lives better by providing:

Coffee lovers are well-aware of the mobile app My Starbucks Barista. The personal assistant app takes the order of customers through voice messages. Another innovation, the Tacobot provides menu recommendations based on past orders of the users.

Today 78% of internet users agree that personalized content increases their purchase intent while 88% of marketers agree to see significant improvements due to personalization techniques.

AI infused apps gain the insights of user's behavior and offer them purchase recommendations accordingly. As evident from the above stats, providing personalized and relevant content to the customer's through AI techniques is helpful in increasing engagement, retention, and of course - ROI.

Let's retake the example of Gmail. The email service provider recently initiated the Smart Reply service which auto-generates answers to emails that require short responses. The AI feature analyzes the content of each email and recommends quick responses that you may want to send. The feature not only speeds up the emailing process but also makes the experience of the customer more valuable.

According to ComScore, 50% of searches in 2020 will be conducted via voice. Moreover, 47% of voice search users anticipate their usage to increase in the coming years. With the help of assistants like Siri, Alexa, and Cortana users don't even have to waste their energy in typing out their commands. The personal assistants can comprehend voice commands and act based on their intelligence. The technology will increase in the coming years giving the market an opportunity to accumulate over $50 billion per year.

Did you know that Saudia Arabia made Sophia - the robot - a citizen of their country? Amazon also inaugurated their first 'cashier-free' grocery store recently.

The world is changing and so is mobile technology. The innovative approach to lessen human effort in the real world is rapidly becoming more substantial. The mobile app ecosystem, one of the largest in the world, is also embracing the innovative technology and integrating artificial intelligence into its products/services. The growth of AI in software products will not only open up new possibilities for the industry but also ensure that they continue to dominate the app market like before. 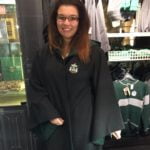 Alma Causey is a Freelance writer by day and sports fan by night. She writes about tech education and health related issues. Live simply, give generously, watch football and a technology lover.

Safeguard Your Android Device From Malware Threat Via...