How To Quickly Serve Files And Folders Over HTTP In Linux

Today, I came across a whole bunch of methods to serve a single file or entire directory with other systems in our local area network via a web browser. I tested a couple methods in my Ubuntu test machine and all of them worked just fine as described below. If you ever wondered how to easily and quickly serve files and folders over HTTP in Linux, one of the following methods will definitely help.

Serve Files And Folders Over HTTP In Linux

Disclaimer: All the methods given here are meant to be used within a secure local area network. Since these methods doesn't have any security mechanism, it is not recommended to use them in production. You have been warned!

We already have written a brief guide to setup a simple http server to share files and directories instantly in the following link. If you have a system with Python installed, this method is quite handy.

This method is specifically for Arch Linux and its variants. Check the following link for more details.


In this method, we use Ruby to serve files and folders over HTTP in Unix-like systems. Install Ruby and Rails as described in the following link.

Once Ruby installed, go to the directory, for example ostechnix, that you want to share over the network:

And, run the following command:

Make sure the port 8000 is opened in your router or firewall . If the port has already been used by some other services use different port.

You can now access the contents of this folder from any remote system using URL - http://<IP-address>:8000/. 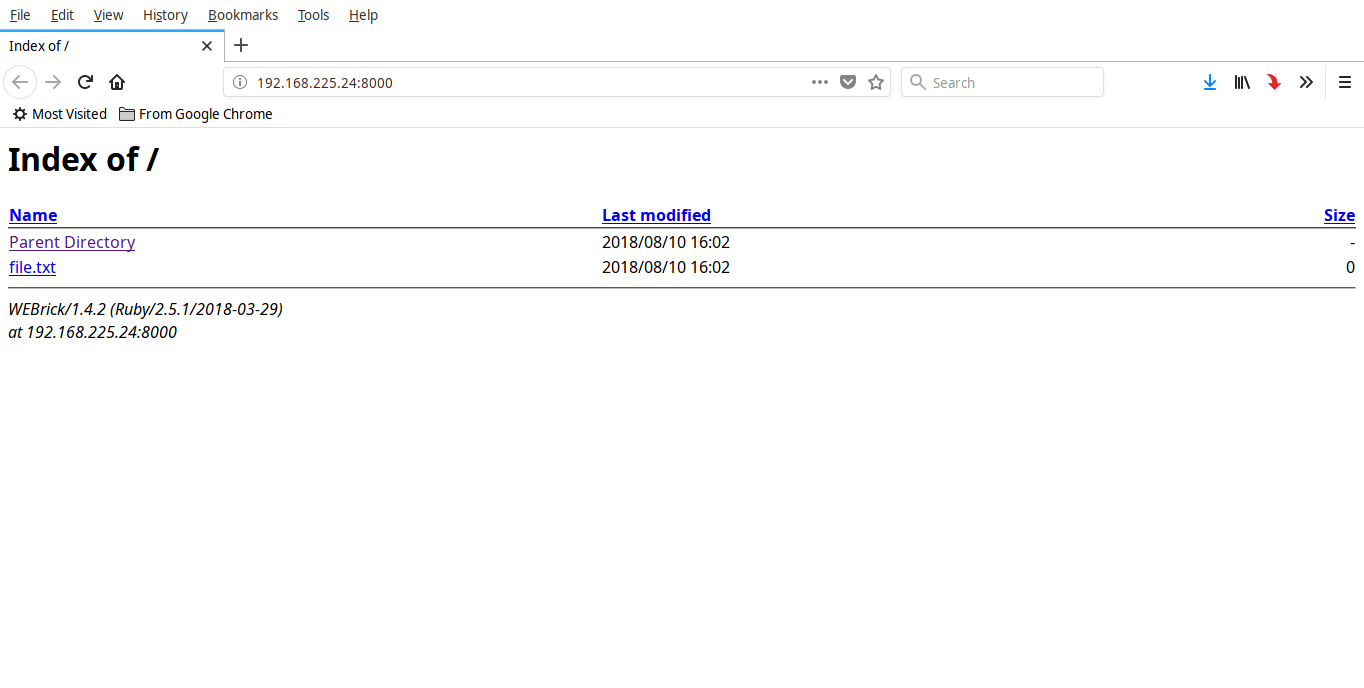 Http-server is a simple, production ready command line http-server written in NodeJS. It requires zero configuration and can be used to instantly share files and directories via web browser.

Install NodeJS as described below.

Once NodeJS installed, run the following command to install http-server.

Now, go to any directory and share its contents over HTTP as shown below.

Now, you can access the contents of this directory from local or remote systems in the network using URL - http://<ip-address>:8000. 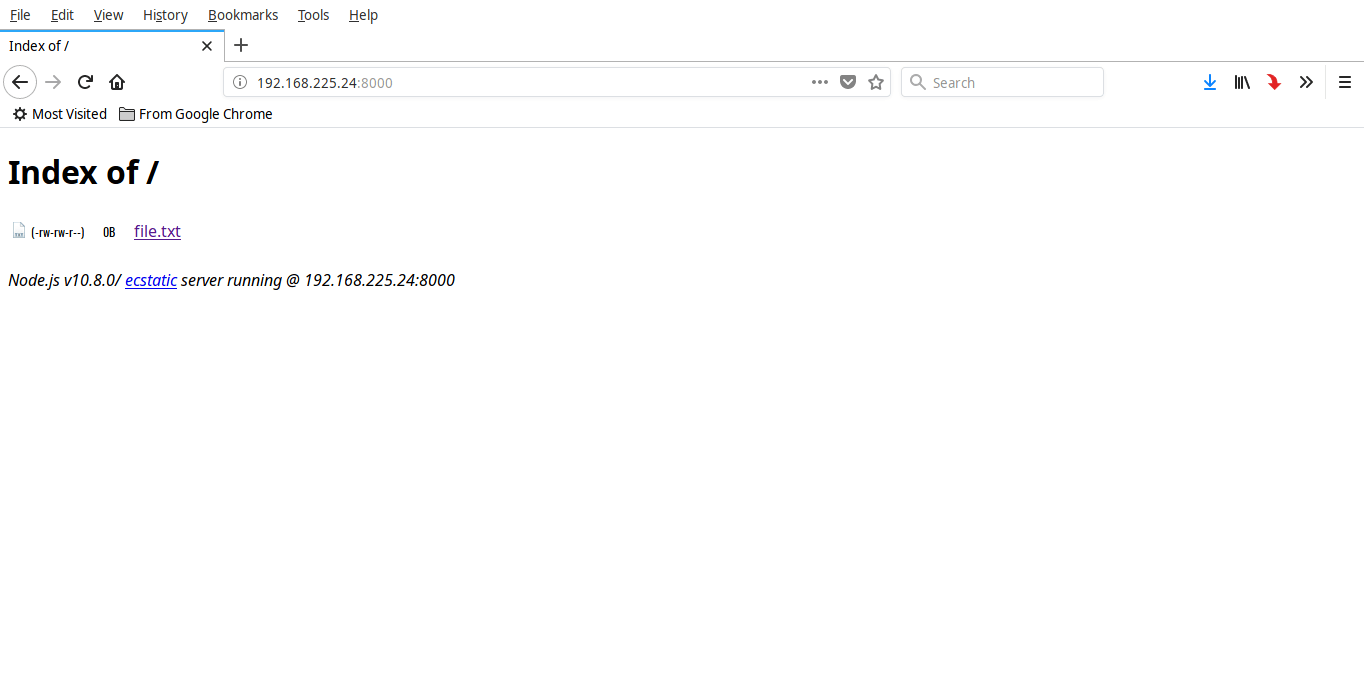 Miniserve is yet another command line utility that allows you to quickly serve files over HTTP. It is very fast, easy-to-use, and cross-platform utility written in Rust programming language. Unlike the above utilities/methods, it provides authentication support, so you can setup username and password to the shares.

Install Rust in your Linux system as described in the following link.

After installing Rust, run the following command to install miniserve:

Alternatively, you can download the binaries from the releases page and make it executable.

And, then you can run it using command (assuming miniserve binary file is downloaded in the current working directory):

To serve a directory:

Now, you can access the share from local system itself using URL - http://localhost:8080 and/or from remote system with URL - http://<ip-address>:8080.

To serve a single file:

As you can see, I have given only 5 methods. But, there are few more methods given in the link attached at the end of this guide. Go and test them as well. Also, bookmark and revisit it from time to time to check if there are any new additions to the list in future.

How To Switch Between Multiple PHP Versions In Ubuntu

How To Switch Between Different Versions Of Commands In Linux

How To Instantly Setup Static File Server In...

How to Setup A Basic File server Using...

Almost all of the examples uses shitty scrips so you need to download and install their engines too.. Why not suggest simple native programs that can be installed and used right away?

I couldn’t find any native programs that does this job quickly and easily. Even though NFS and SAMBA will share files over network, they require atleast some intermediate Linux skills to set them up. But the aforementioned tools doesn’t require such skills. Even a newbie user can easily set up them easily. Besides, all tools are open source, so I don’t think they are crap. If you know any native programs, let us know. I will check and update the guide accordingly.

Nice spread of examples for a quick and easy setup. Well done.