How To Ping Multiple Hosts At Once In Linux

We all know about PING (Packet INternet Groper) network commandline utility, right? Yeah, it is used to verify a host can able to communicate over the Network with another Computer or Network devices. Using Ping command, we can send ICMP Echo request to our target host, and test whether the destination host is alive or not. We can ping systems in LAN and WAN. The ping utility was originally written by Mike Muuss in December 1983 for troubleshooting problems in the network.

A typical usage of ping command is given below.

To ping an IP address in a LAN, run: 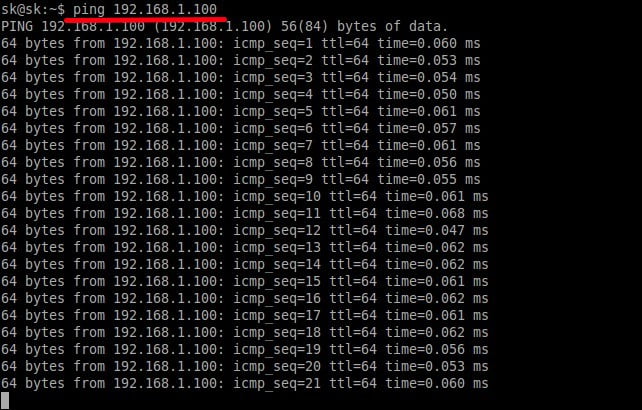 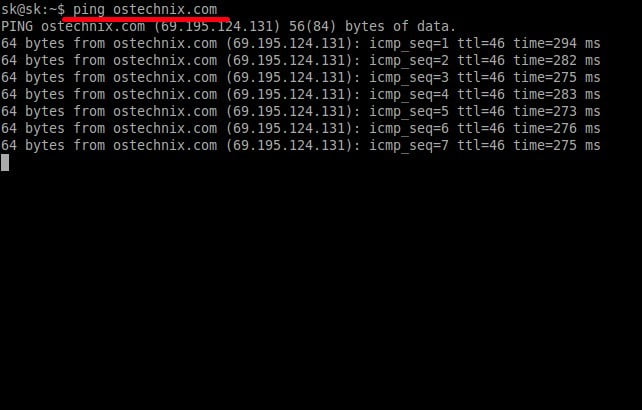 As you see in the above outputs, both hosts are alive, and we can able to communicate with them.

The one problem with PING command is we can't ping multiple hosts at a time. We can only ping one system at a time.  If you ping to multiple hosts (or ping multiple IP addresses), the PING utility will wait for one host's timeout or reply, and try to communicate with the another. If one host doesn't go down, the PING utility will keep showing a particular host's connectivity, and It will not show whether the other hosts are up or down.

Let me show you an example. I am going to ping the following hosts. 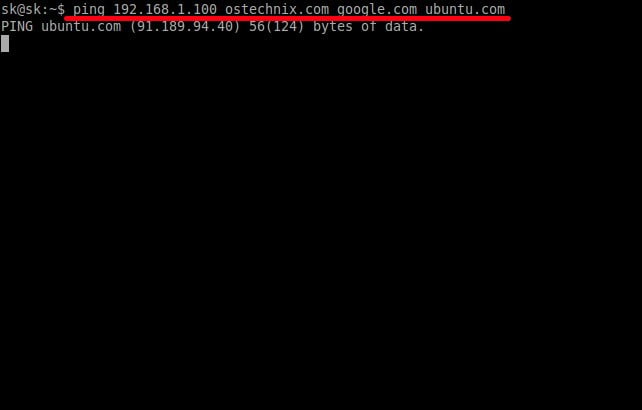 As you see in the above output, the PING utility shows only one host's connectivity (ubuntu.com), and it doesn't show the results of other hosts. No worries! Here is where fping utility comes in handy. Using fping utility, we can ping any number of hosts at once.

fping is similar to PING utility that can used to test the connectivity of computers and network devices in LAN and WAN. Unlike PING command, fping will send a ICMP Echo request to one host, and move to the another host in a round-robin fashion.

Using fping, we can ping multiple hosts or multiple IP addresses at once.

Ping Multiple Hosts At Once Using fping In Linux

fping usage is simple and very similar to PING command.

For example, let us ping an IP address in a LAN: 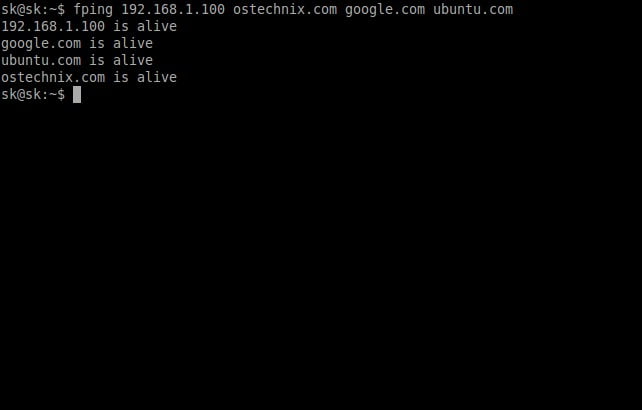 Ping Multiple Hosts At Once Using fping In Linux

Also, you can put the hosts that you want to ping in a text file, and ping them all at once.

That's enough. Save and close the file.

Now, run the following command to ping all hosts which we mentioned in the text file as shown below. 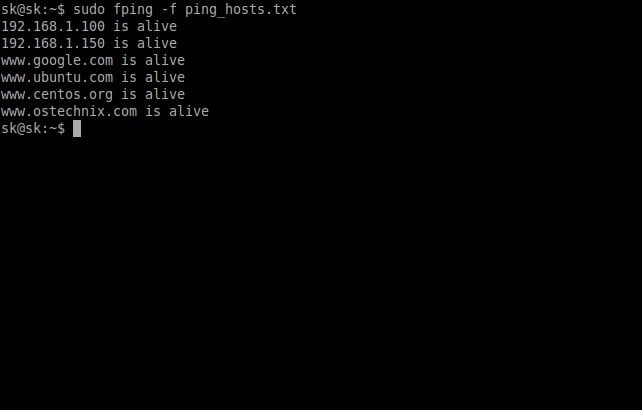 Ping Multiple Hosts At Once With fping In Linux

How To Find The IP Address Of A...

How To Limit Network Bandwidth In Linux Using...

fping functionality is not the same as ping. fping doesn’t show any details of ICMP pinging instead of ping.

Yes. The usage is same.

we can also use the traditional ping command as ping -c5 8.8.8.8 && ping -c5 ostechnix.com to ping multiple addresses

Excelent thank you very much