Portainer is a lightweight, cross-platform, and open source management UI for Docker. Portainer provides a detailed overview of Docker and allows you to manage containers, images, networks and volumes via simple web-based dashboard. It was originally the fork of Docker UI. However, the developer has rewritten pretty much all of the Docker UI original code now. He also has revamped the UX completely and added some more functionality in the recent version. As of now, It caught the user attention tremendously and it has now had over 1 million downloads and counting! It will support GNU/Linux, Microsoft Windows, and Mac OS X.

In this tutorial, I will show you how to install Portainer and how to manage docker containers using Portainer in Linux.

Portainer installation is pretty easy and it will take less than a minute. Portainer has full support for Docker version 1.10 and higher versions. To install Docker, refer the following links.

After installing Docker, run the following command to pull the latest Portainer image:

Let us check whether the Portainer image has been pulled or not.

As you see in the above output, Portainer image size is less than 10 MB, which is very small so that I won't consume more RAM and Hdd space.

We have now installed Portainer in our local Ubuntu system. Let us start the container using command:

Now, Portainer is running! Let us go ahead and access the Portainer UI. To do so, open your wbe browser and point it to - http://localhost:9000/ or http://IP_Address:9000/. You will be presented with a screen like below that asks to setup a password for the admin user. 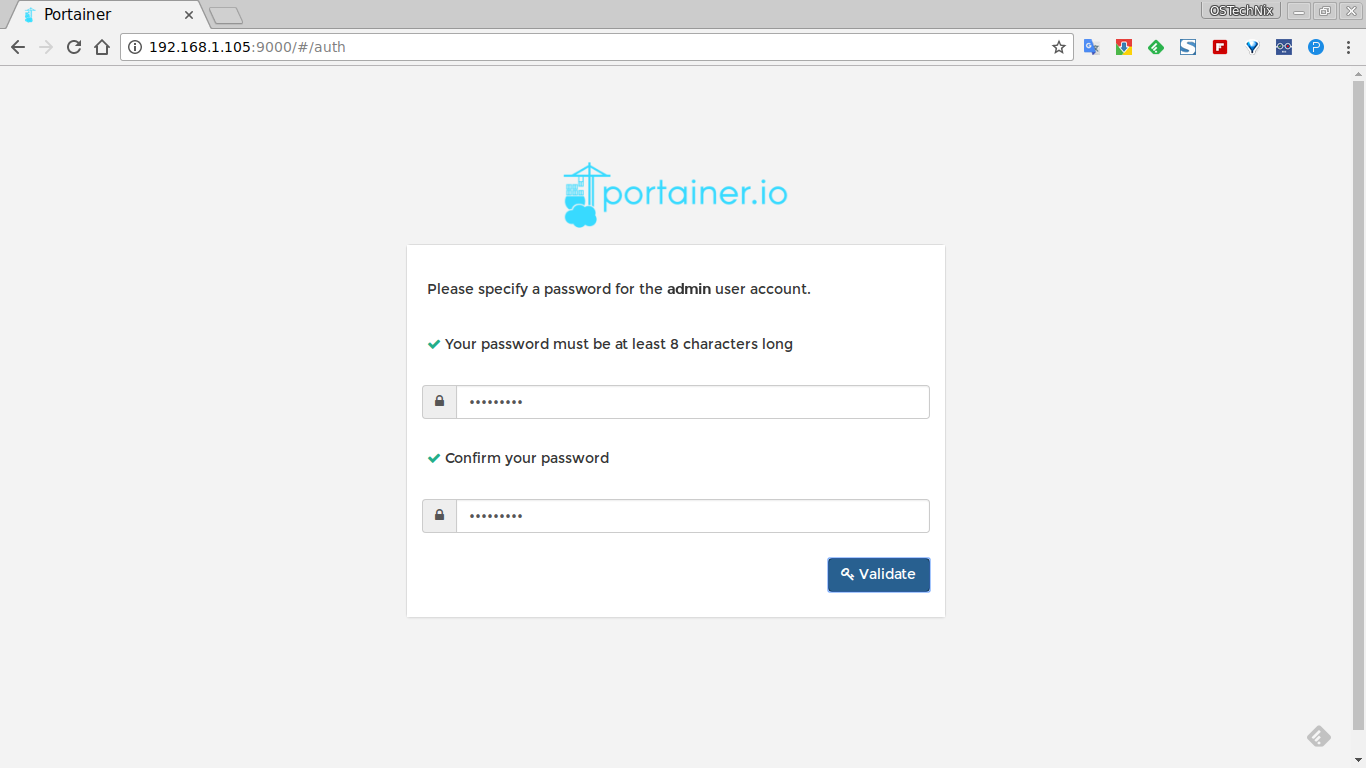 In the next screen, enter the admin user which you just created in the previous step. 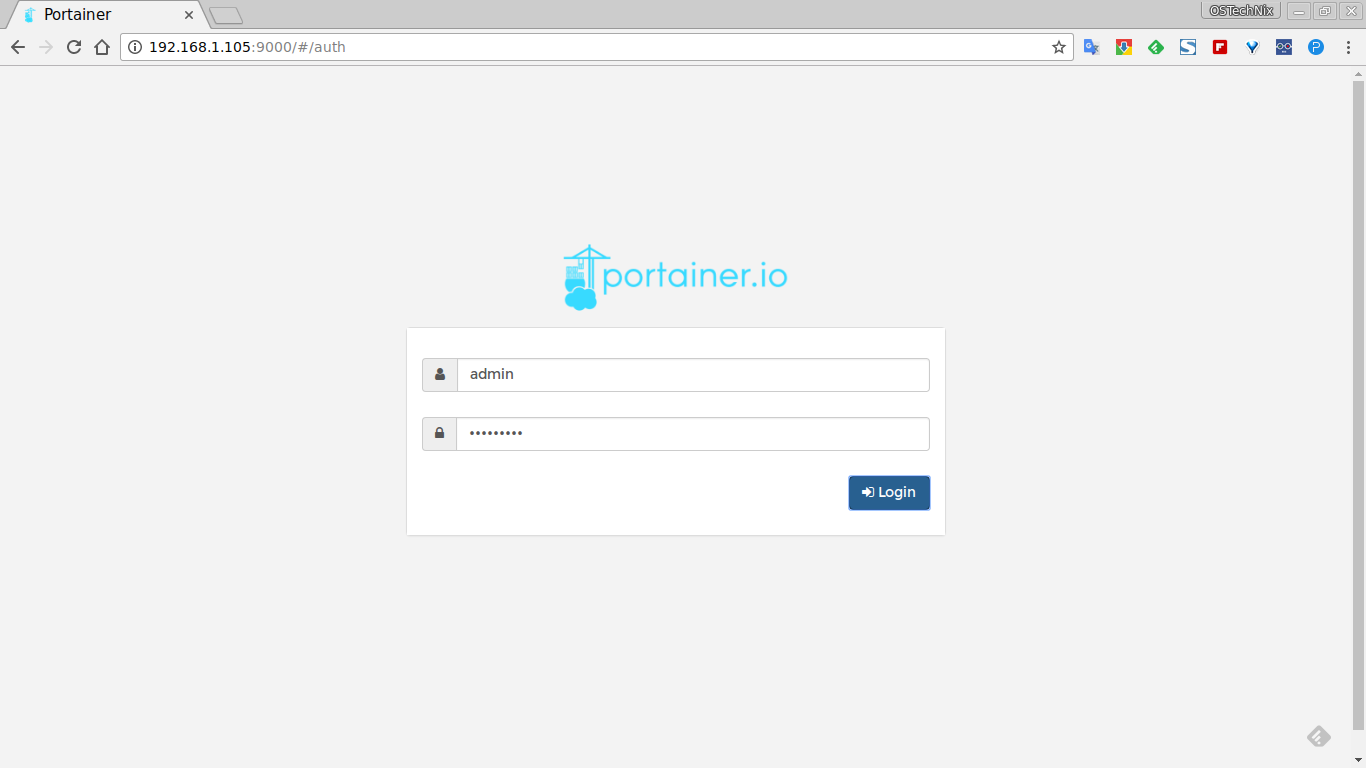 Next, Connect Portainer to a Docker engine or Swarm cluster endpoint. We don't have any running remote docker instances. So I chose "Manage the Docker instance where Portainer is running" option. 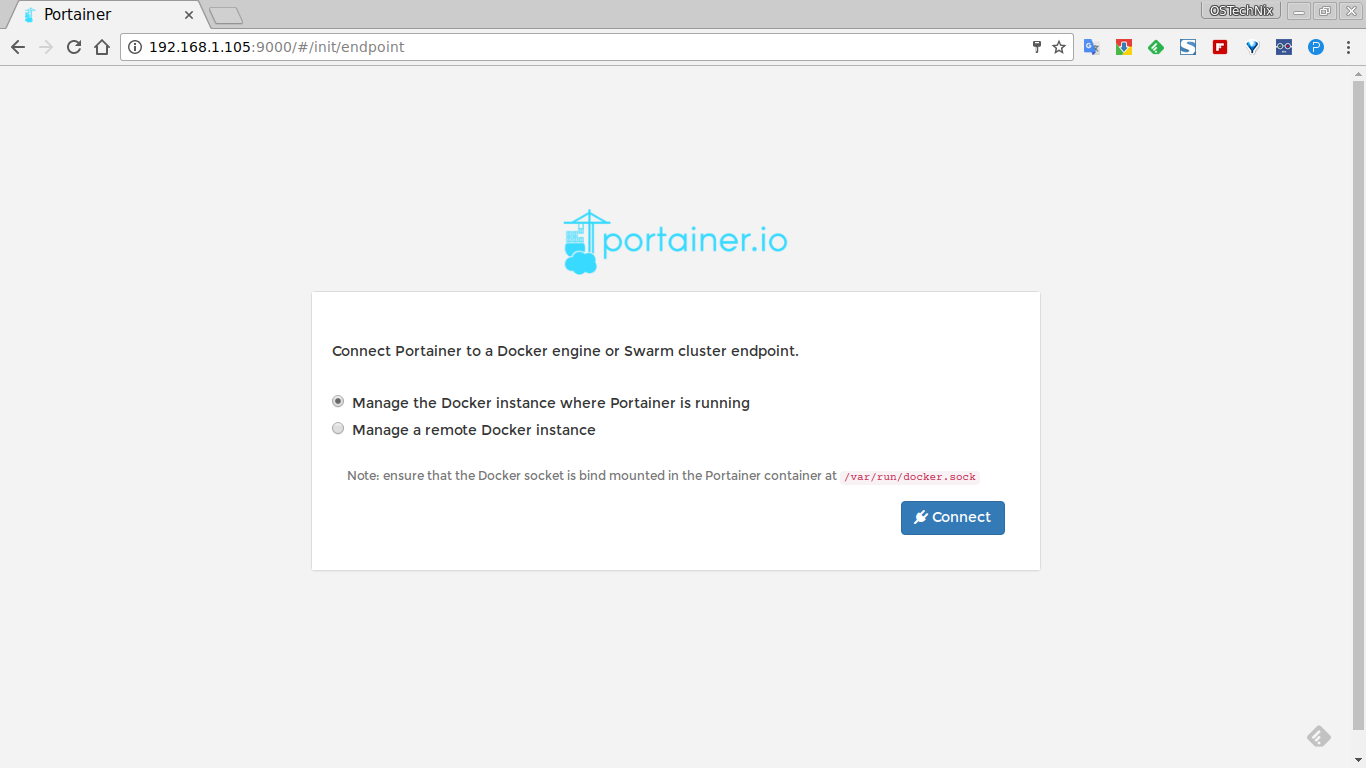 Once connected, you will be pleased with Portainer dashboard like below. 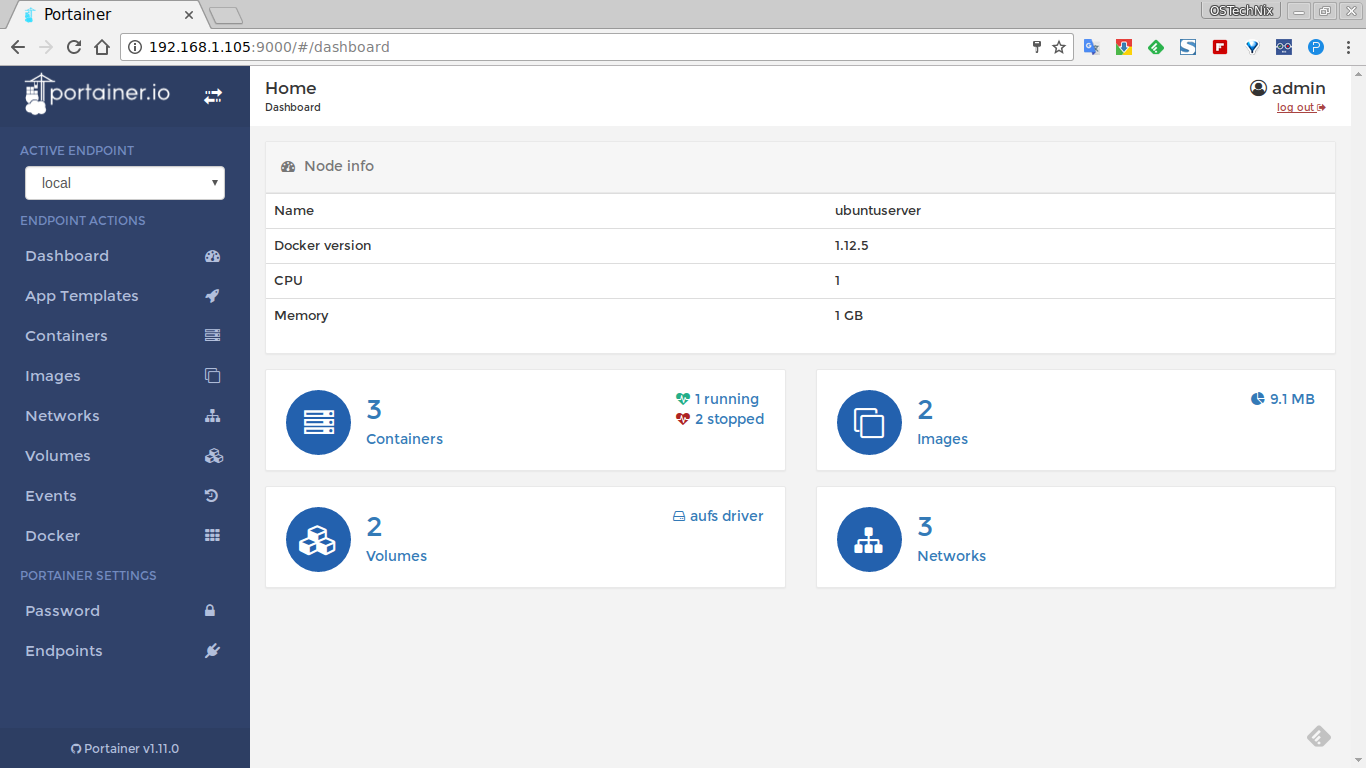 The dashboard home screen displays the running and stopped containers, number of downloaded docker images, number of volumes and networks. You don't have memorize docker commands. Everything can be done from the Dashboard itself.

Let us go ahead and create some containers.

Click on the App Templates button on the left. This will show some ready-made available templates such as Docker image registry, Nginx, Httpd, MySQl, Wordpress and few more. 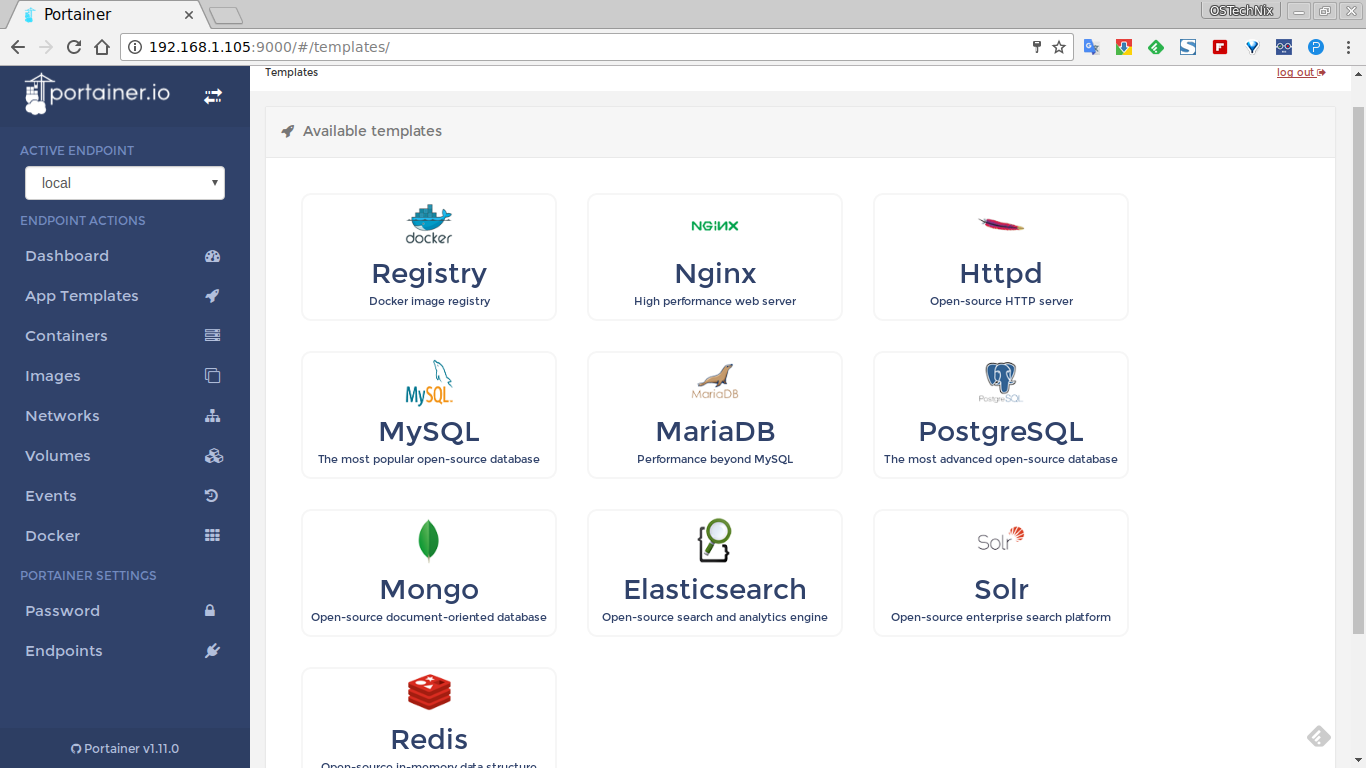 To deploy a Container, just click on the respective template. 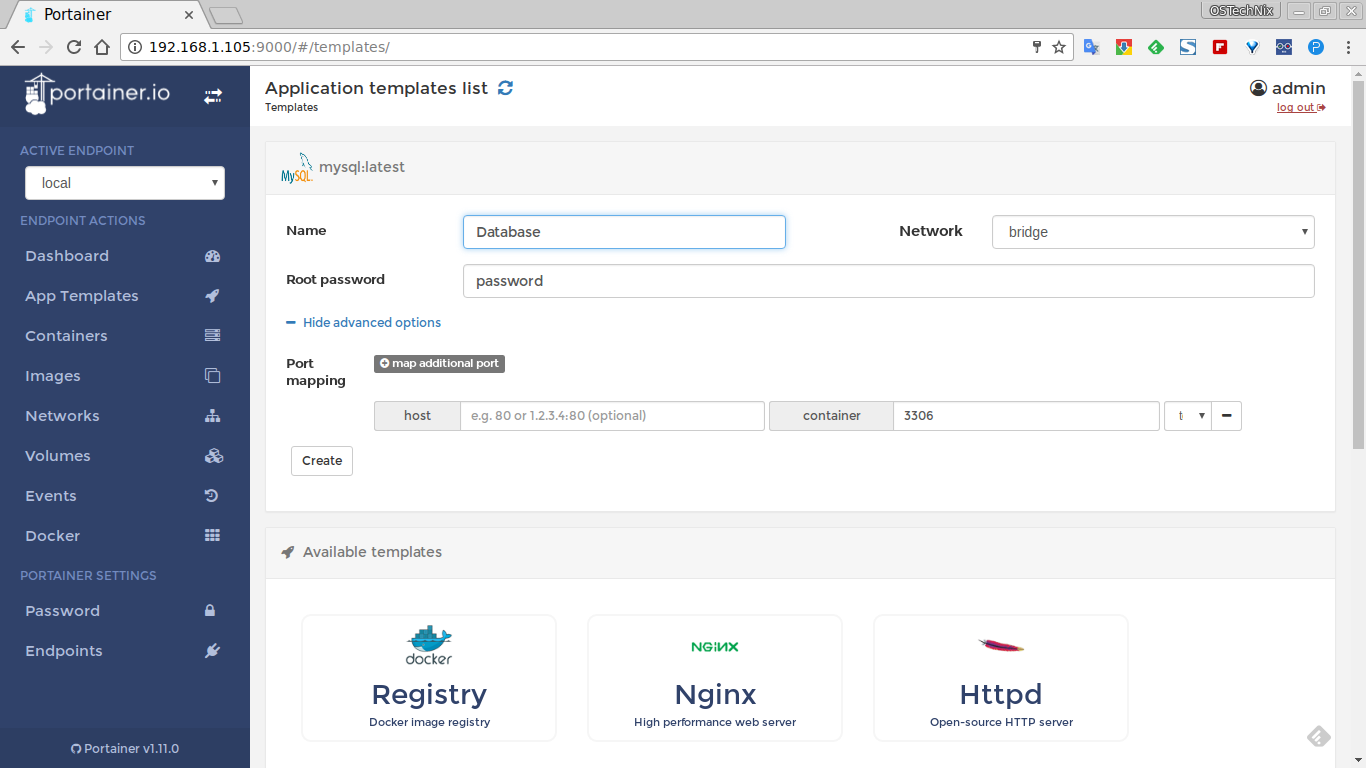 Once the container created, you will be redirected to the Containers page that shows the list of running containers. 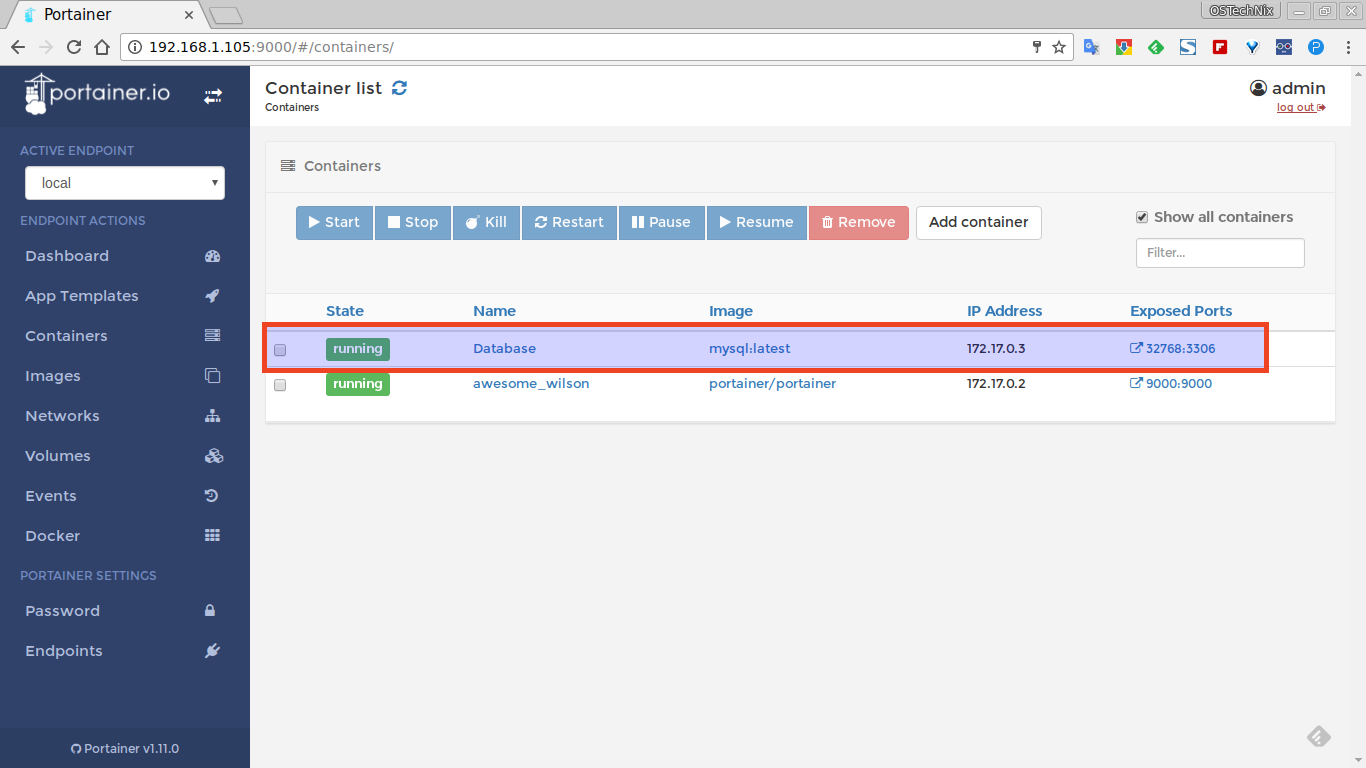 To start a newly created container, just select it and hit Start button on the top. You can restart, stop, pause, and remove any Containers from this section.

To view the complete overview of any container, just click on the name of the container. 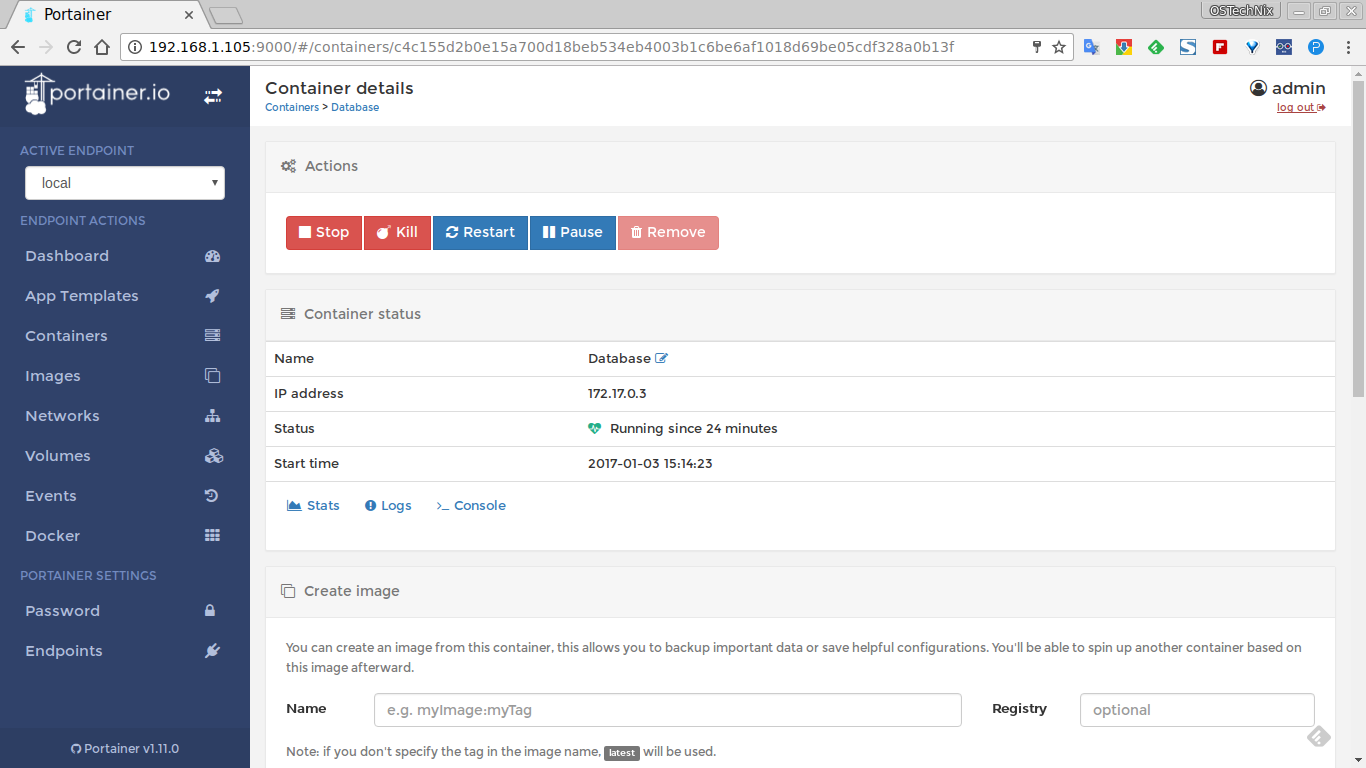 Click on the Stats button to view what's happening in the newly launched Container. 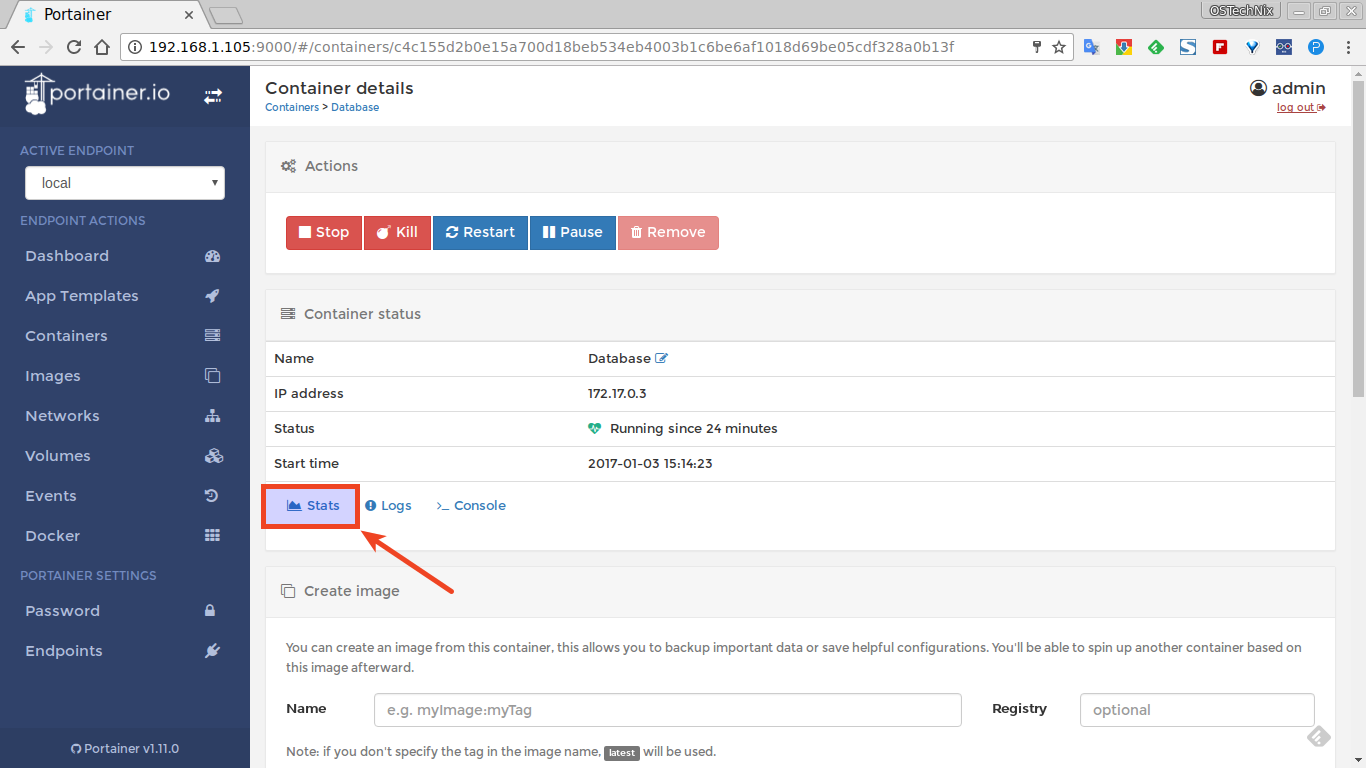 Here is the Stats of my Database container. 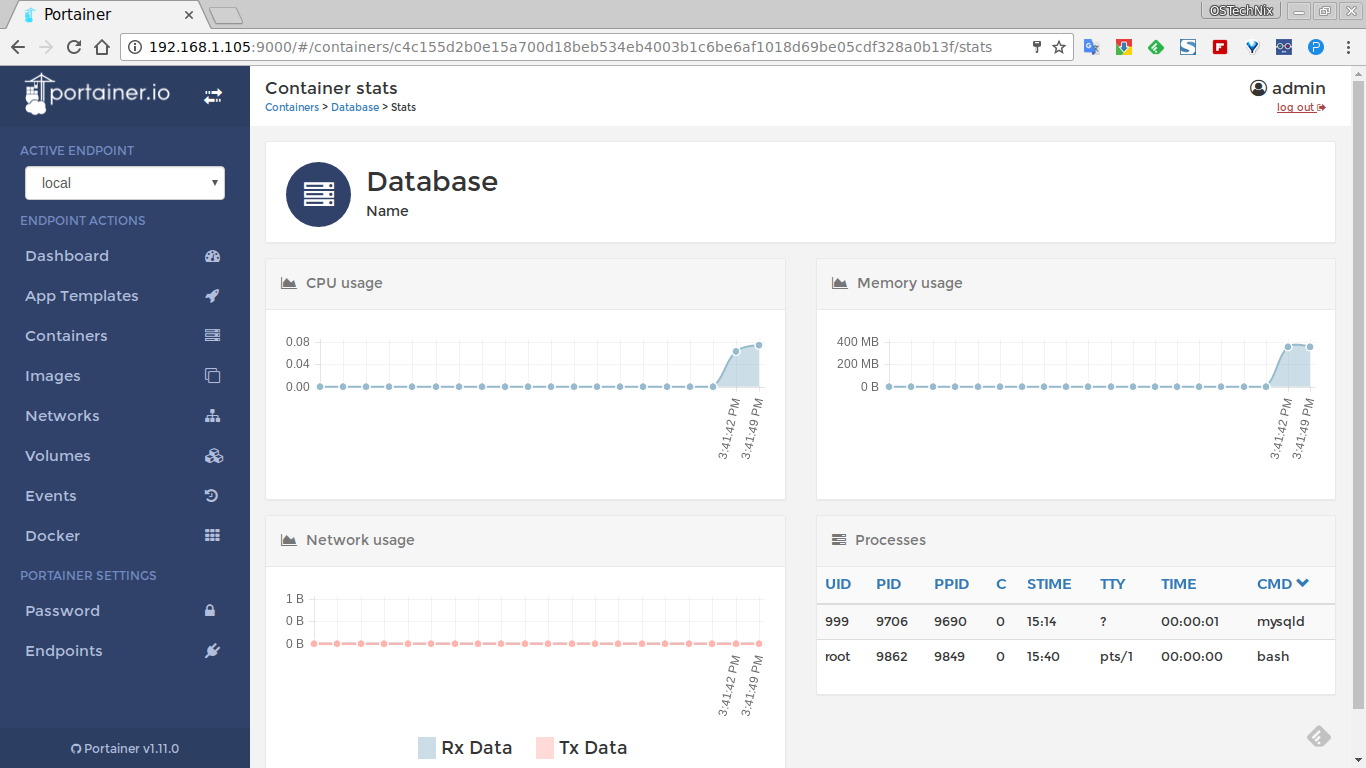 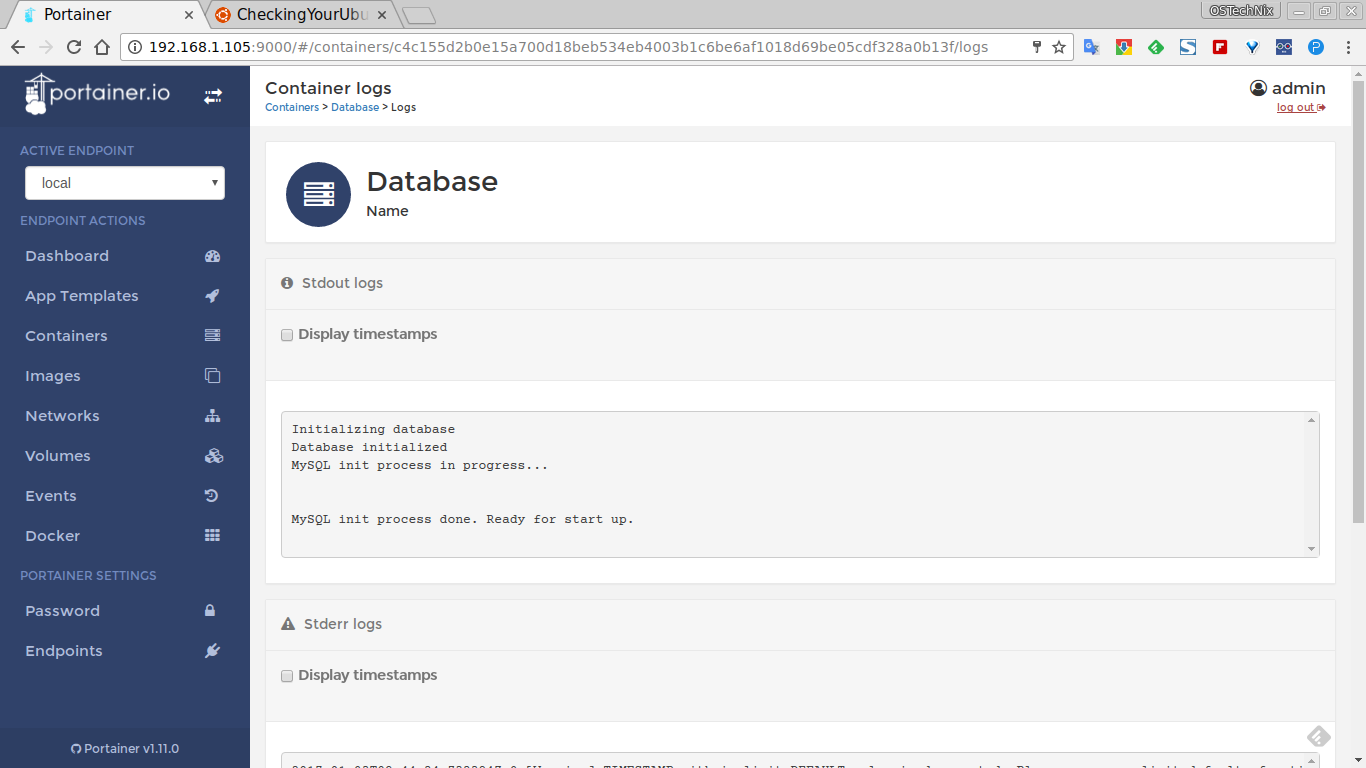 Another notable feature is you can easily connect to the console of your Container by clicking on the Console button. 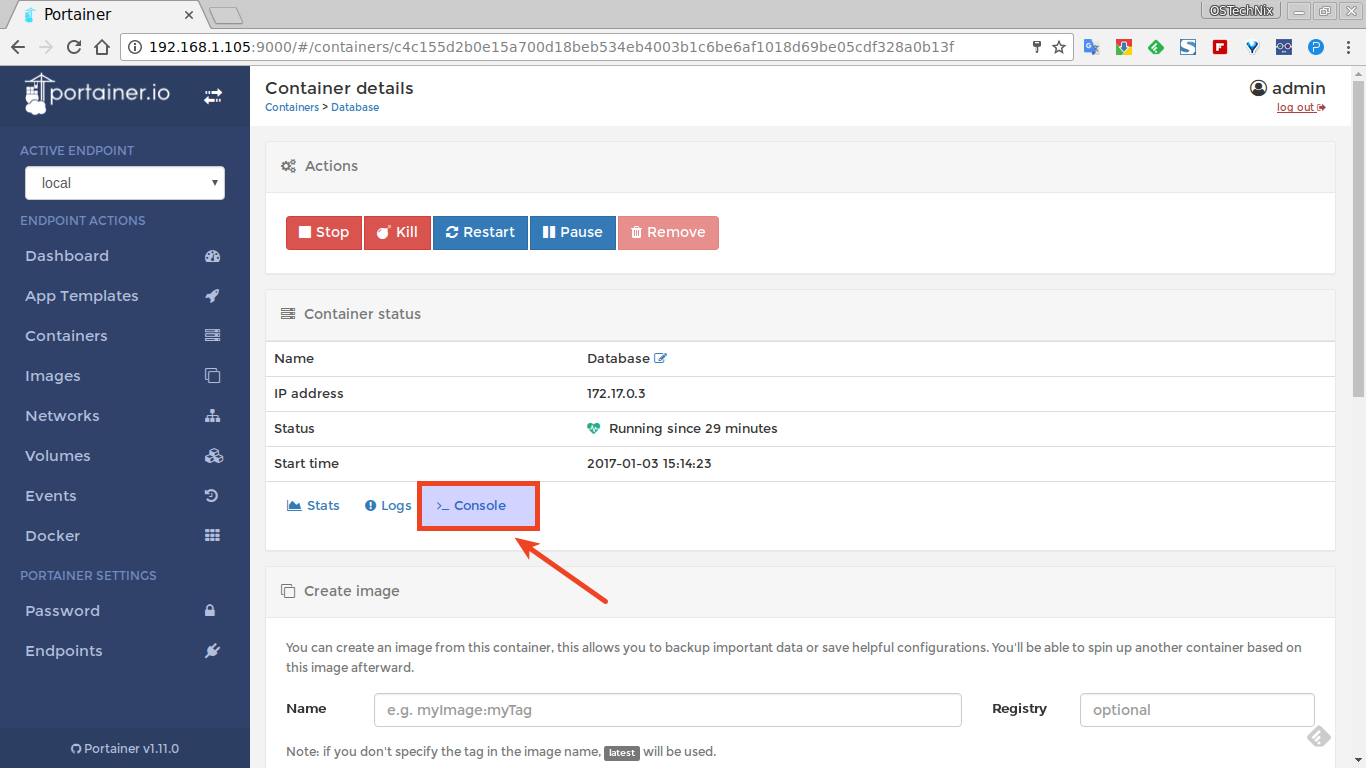 Select the Shell (BASH or SH), and hit Connect button. 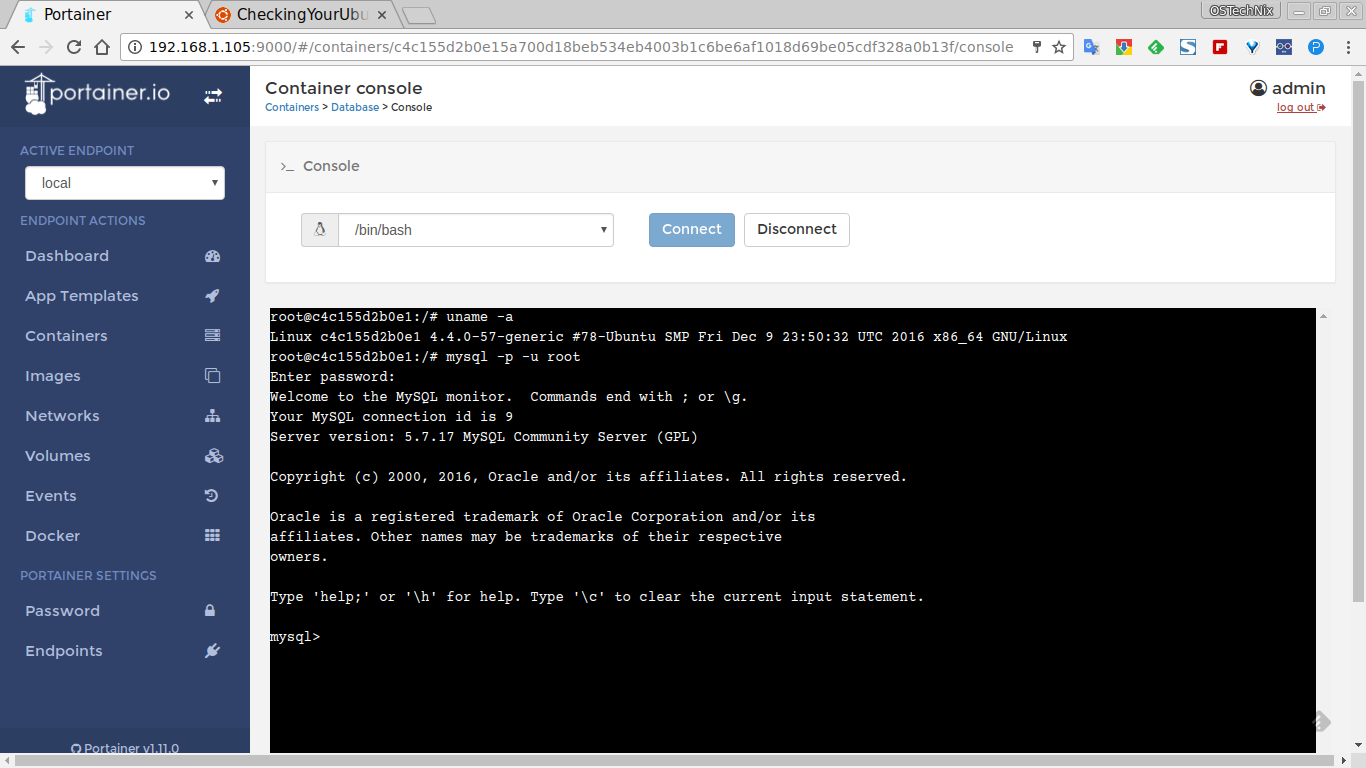 In this section, you can view the list of downloaded docker images. 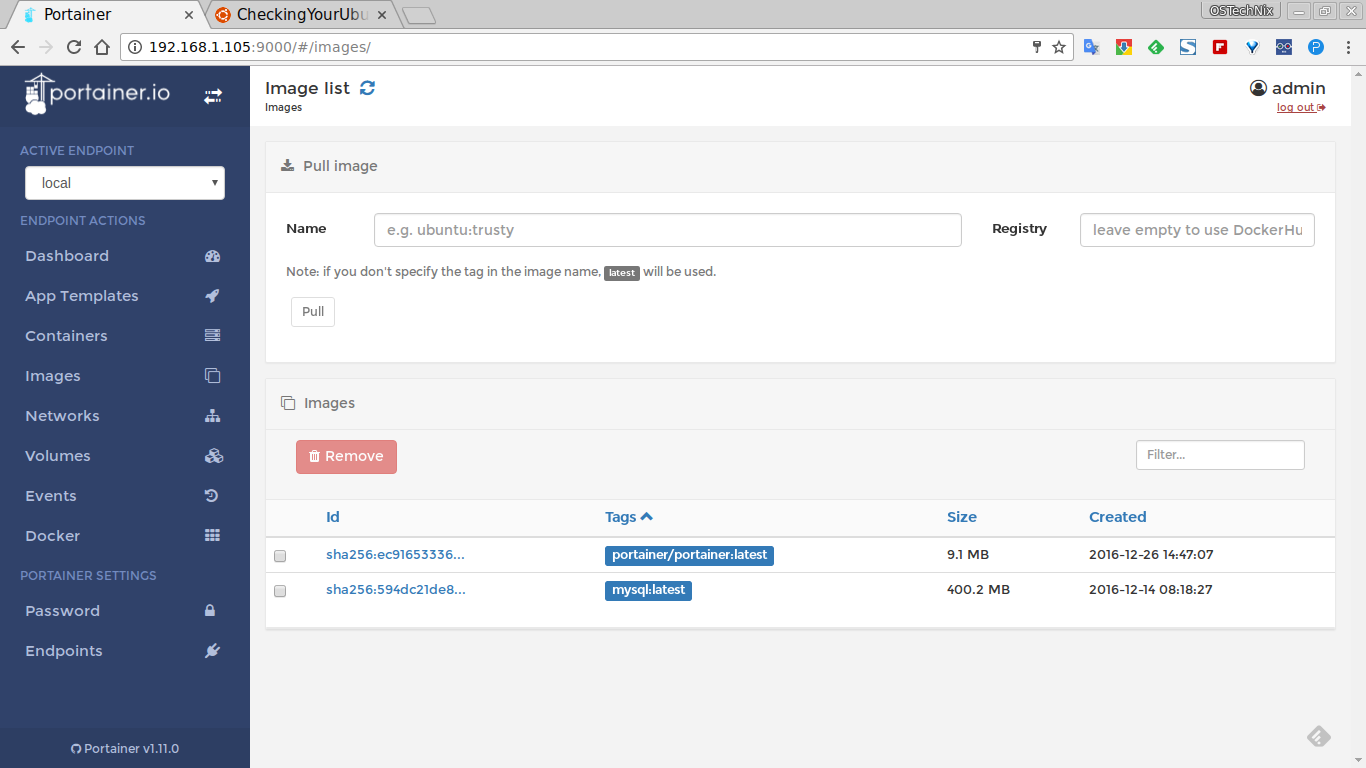 To remove any image, just select it and click Remove. The selected image will be gone. 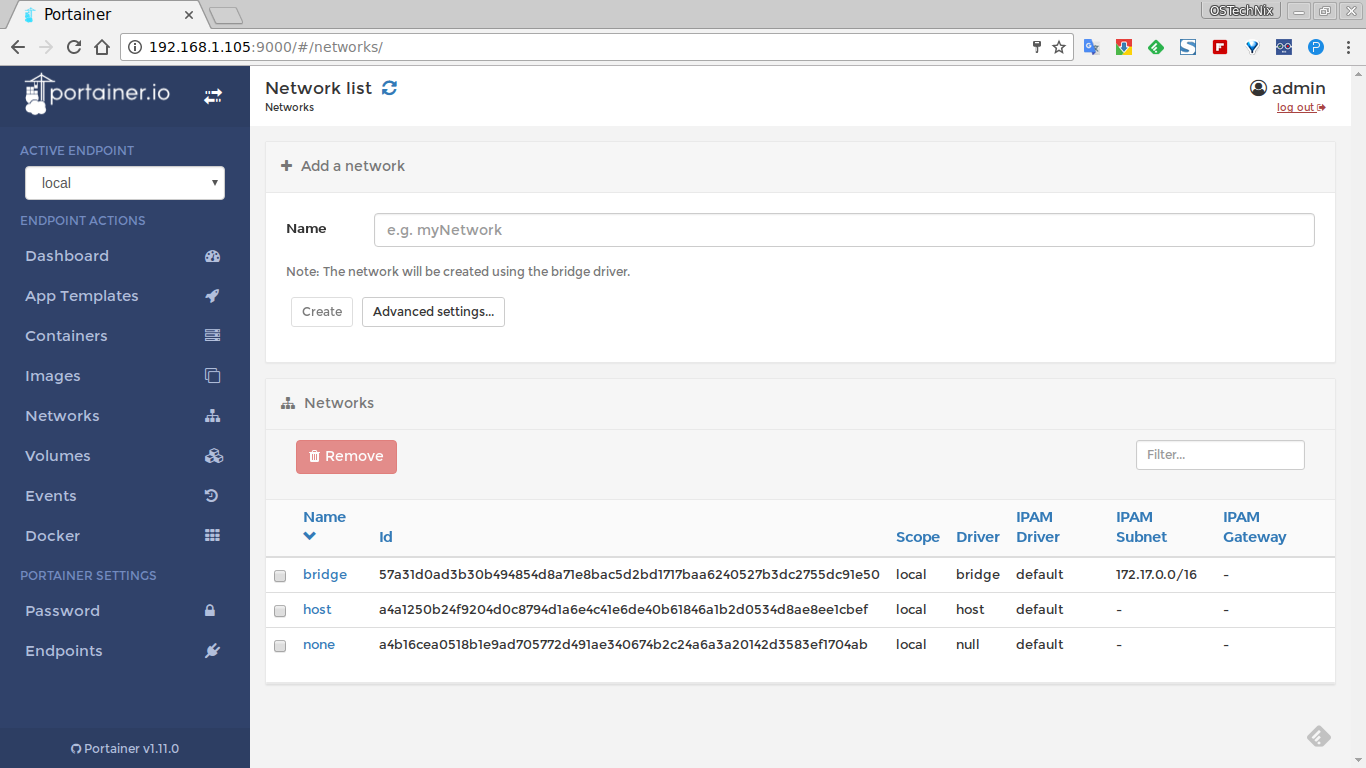 Here you can view existing docker volumes, create new one, delete them if you no longer need them. 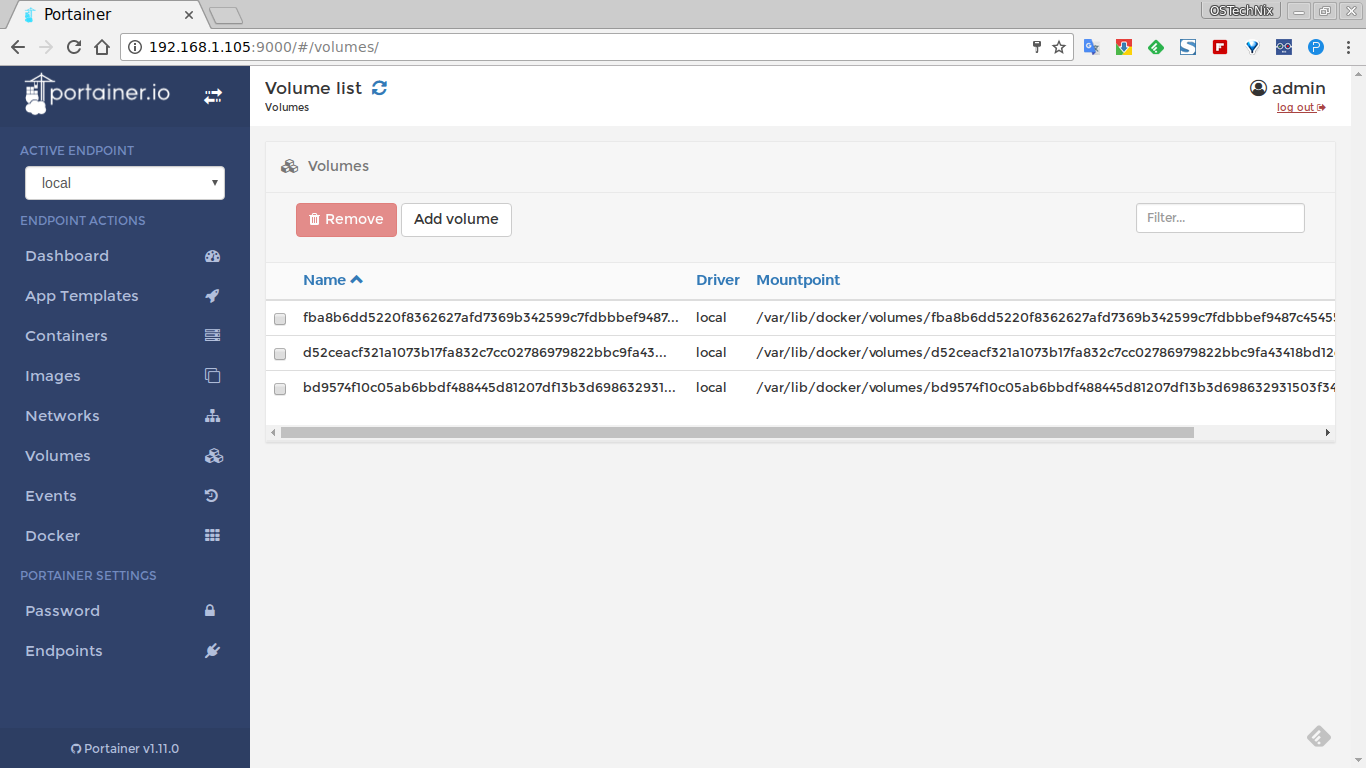 Here we can view what we have been doing so far, such as creating a new instance, network, volume etc. 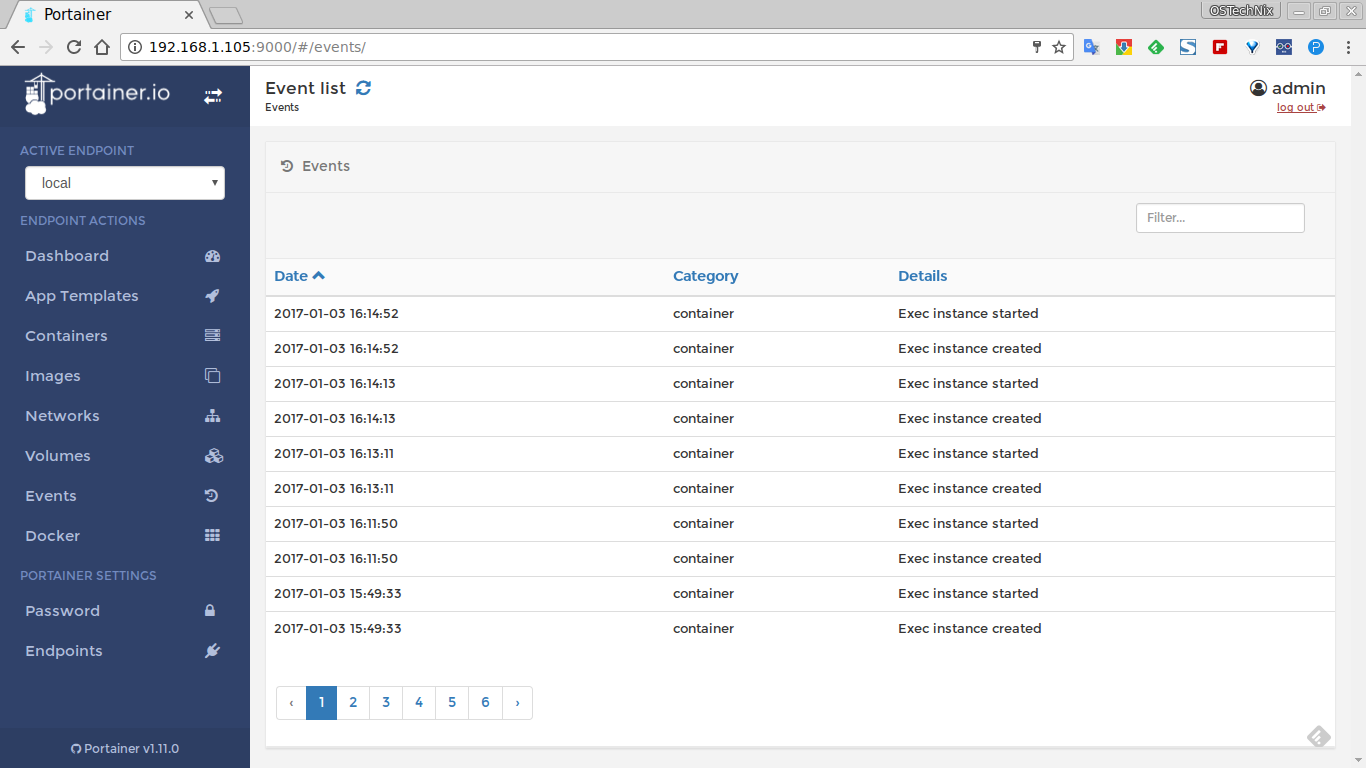 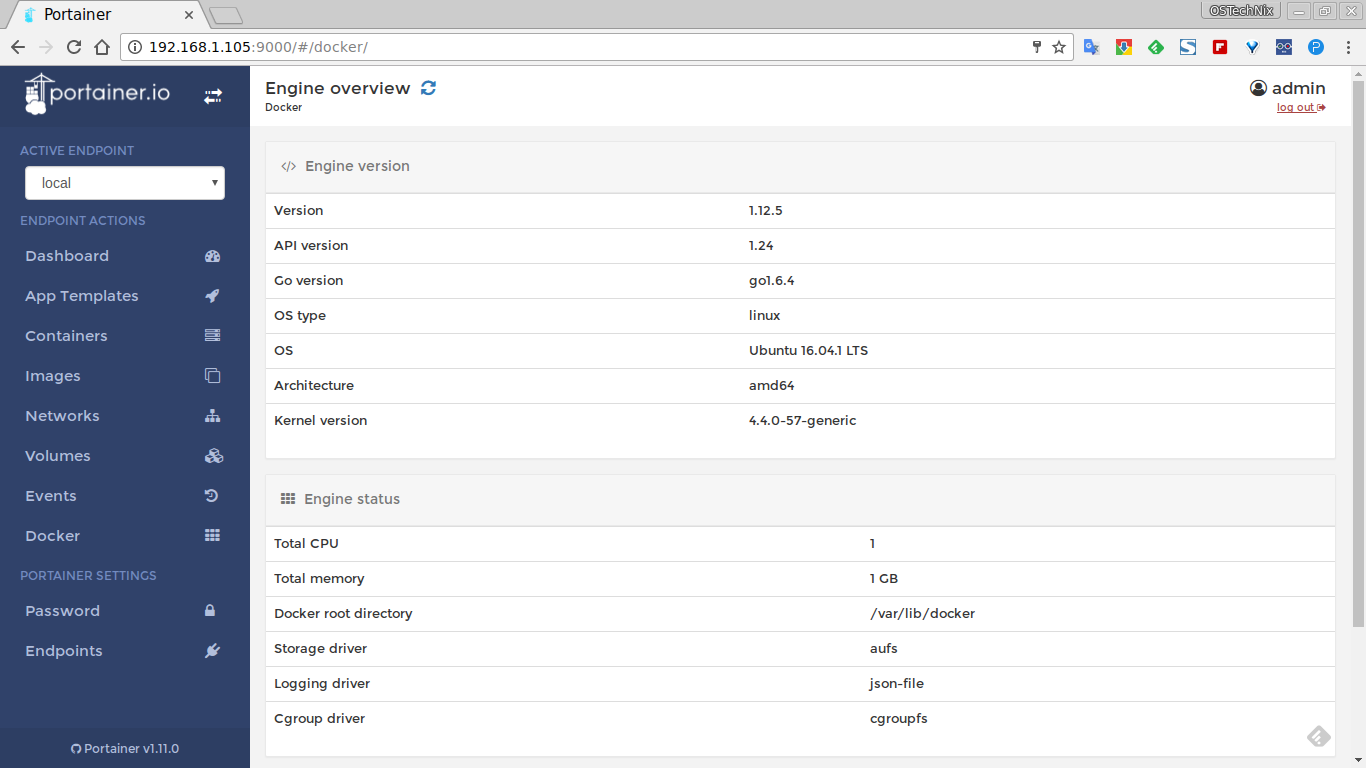 In a nutshell, using Portainer, you can do complete docker management either from the local system itself or a remote system. As far as I tested, it worked pretty good for me. I don't even get single issue while testing it. If you want a feature rich, yet simple to use centralized Docker management solution, you should give Portainer a try. It worked perfectly as advertised in its official website.

For more details, check the official site. Any thoughts about Portainer? Have you already tried it? Great! Let us know them in the comment section below.

ShellCheck – A Free Utility To Find Bugs In Your Shell Scripts

Find And Remove Conflicting Files Not Owned By...

This is awesome on so many levels …

This looks really nice, thanks for the post. i’m curious to know how Portainer differs from Rancher Server. At first glance it seems to mirror Rancher Server very, very closely. I’m not sure what Portainer is offering, unless it’s optimized for single instance use rather than production use-cases, i.e. Docker for Mac vs. Production Docker workloads.