Reptyr is a command line tool for moving running processes between ptys. Just start a process that takes long time to complete on your remote system via SSH session from your local Desktop or Laptop, and close the SSH session, go home, and re-attach the running process on the next day. Also, You can easily migrate/move a long running process from one Terminal to another Terminal instantly without having to terminate it. Sounds useful? Of course, it is!

This brief tutorial describes how to move a running process to a new terminal using Reptyr command.

Install Reptyr on your remote systems

Note: Your remote system should have tmux or screen installed in-order to move running process.

In Arch Linux and its derivatives, run:

In DEB based systems, run the following command to install Reptyr:

To install screen or tmux, run:

On RHEL / CentOS / Scieintific Linux / Fedora, reptyr is not available in the repositories. So, you can compile and install it as shown below.

Go to the reptyr directory:

Run the following commands to compile and install it.

I compiled and installed Reptyr from source in CentOS 7 64 bit server edition, and it worked pretty good as described above.

Usually, we connect to the remote server from any local system via SSH as shown below.

After you connected to the remote system, start a long running process. For example, I am going to download Ubuntu 16.04 desktop ISO using wget command. 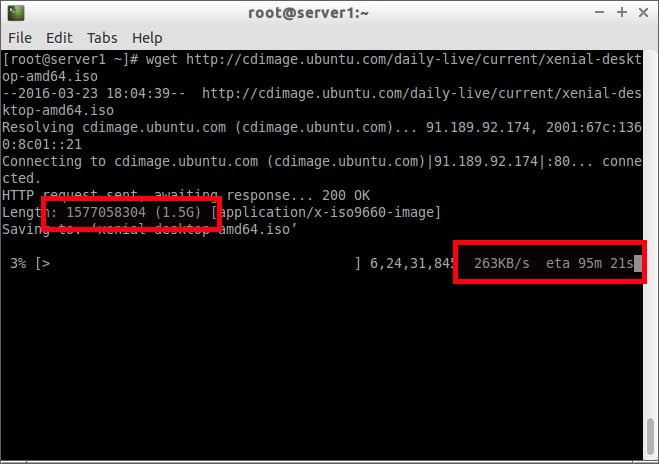 As you see in the above screenshot, the total download size is 1.5GB, and it will take more than 90 minutes to complete. 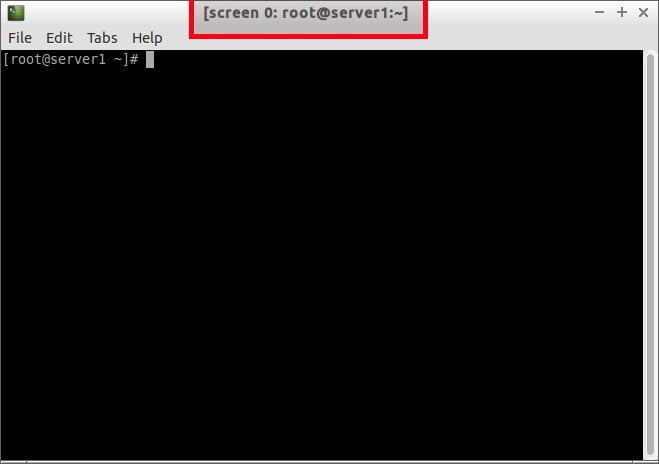 As you see in the above screenshot, the screen session has been started and it is running.

Now, let us find the the running processes from the new Terminal by using the following command:

Note down the PID for the wget process, and attach the running process inside screen session using command: 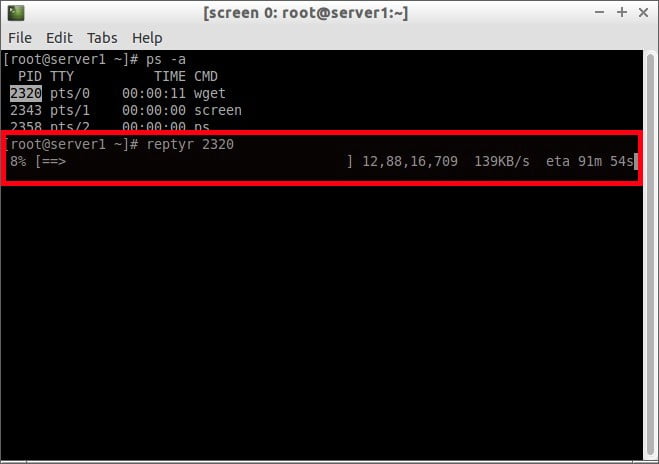 Done! As you see in the above screenshot, wget process has been moved (migrated) from old Terminal to the new Terminal window (the one running with screen session).

Once you moved the running process from the original Terminal, it will be closed immediately, and start to continue where we left it off in the new Terminal. 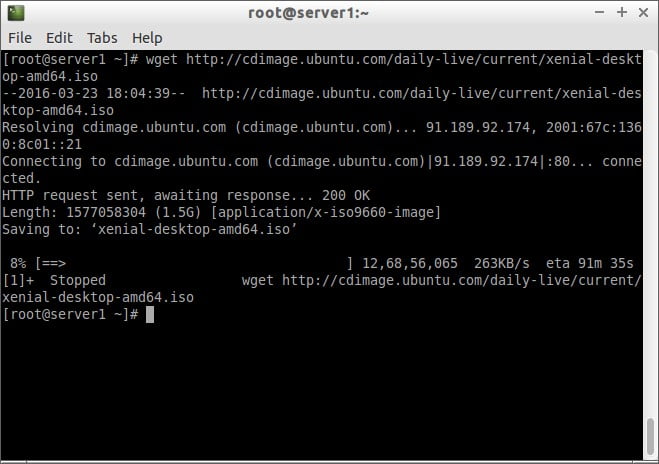 Now, you can safely detach or close the terminal and the job will continue running on your remote server.

To detach from screen or tmux session, press CTRL+A+D.

After you detached from screen session, the following message will appear.

To reattach the running process, SSH to your remote system:

And run the following if you use screen session:

Voila! The running process has been reattached again, and you'll see there that the process is still running.

As you see in the above screenshot, wget job isn't interrupted or terminated, and is still running. It will continue to run as long as your remote system is up and running.

To summing up, Reptyr is very very important and useful tool for a Linux system administrators of any level. In case you fed up with a process that took a really long time to complete, Reptyr will definitely be helpful. Just open a new Terminal window, SSH to your remote server, find the running processes ID, and safely move them inside the screen or tmux sessions, and exit from the SSH session. For further details, refer the links attached at the end of this tutorial.

That's all for now folks. Well then, I leave you to get acquainted with this useful tool. Give it a try, and you won't be disappointed.

How To Install Fish, The Friendly Interactive Shell,...

How To Launch Fish Shell In Private Mode...

Thank you very much! This is a very useful command. Thanks for sharing.

You need to use – sudo reptyr -T #pid – if the process has subprocesses like when running MAKE, which is always the one that I forget to Screen