Home FAQ How To Setup Multilingual Input Method On Ubuntu

For those who don't know, there are hundreds of spoken languages in India and 22 languages are listed as official languages in Indian constitution. I am not a native English speaker, so I often use Google translate if I ever needed to type and/or translate something from English to my native language, which is Tamil. Well, I guess I don't need to rely on Google translate anymore. I just found way to type in Indian languages on Ubuntu. This guide explains how to setup multilingual input method. It has been exclusively written for Ubuntu 18.04 LTS, however it might work on other Ubuntu variants like Linux mint, Elementary OS.

We can add languages in System Settings section. Click the drop down arrow on the top right corner of your Ubuntu desktop and choose Settings icon in the bottom left corner. 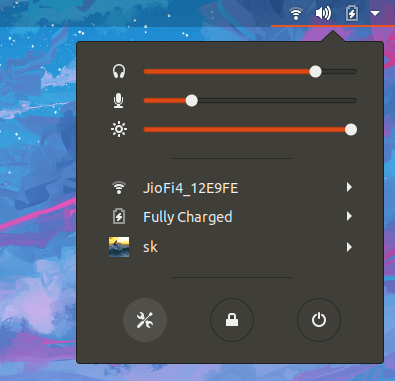 From the Settings section, click on Region & Language option in the left pane. Then click the + (plus) sign button on the right side under Input Sources tab. 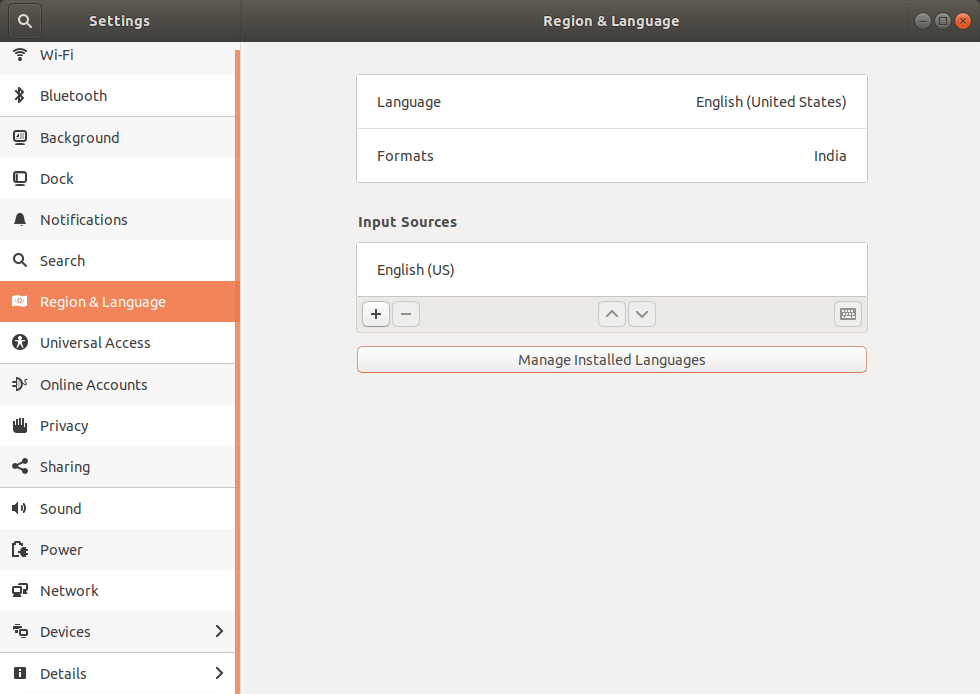 In the next window, click on the three vertical dots button.

For the purpose of this guide, I am going to add Tamil language. After choosing the language, click Add button.

Now the selected input source has been added. You will see it in Region & Language section under Input Sources tab. 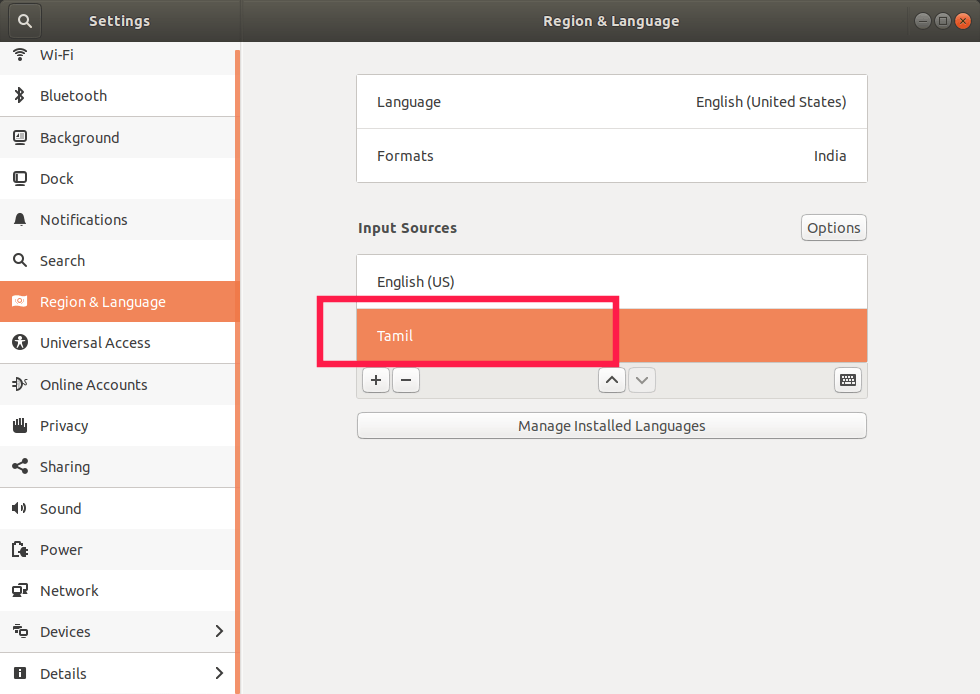 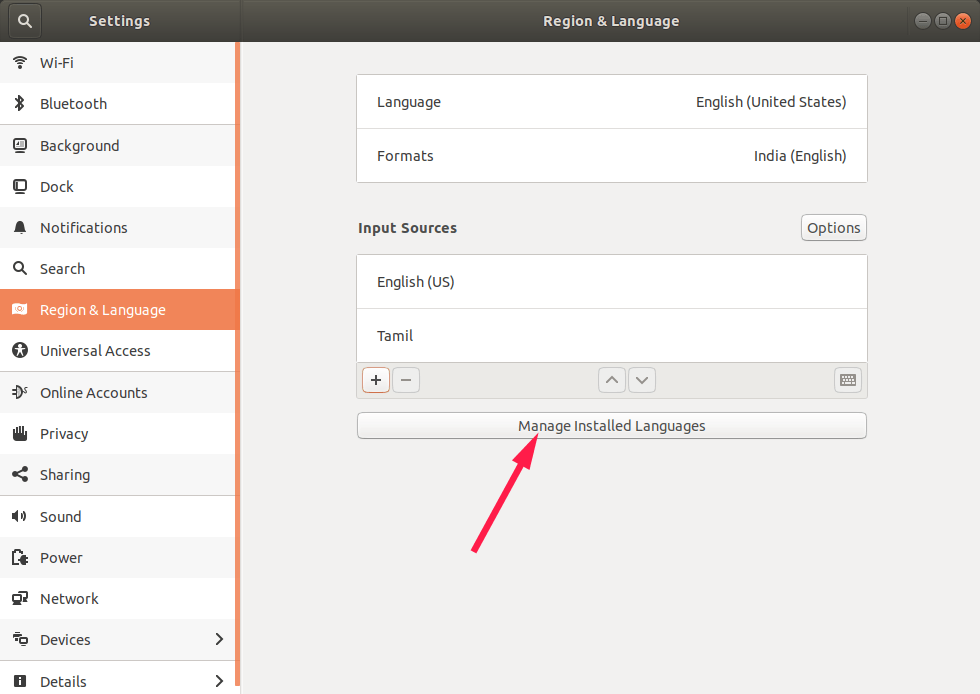 Next you will be asked whether you want to install translation packs for the chosen language. You can install them if you want. Or, simply choose "Remind Me Later" button. You will be notified when you open this next time. 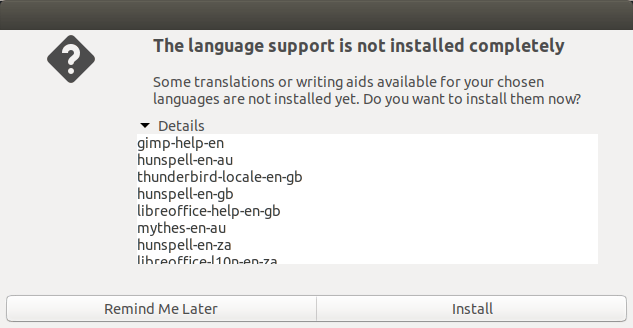 The language support is not installed completely 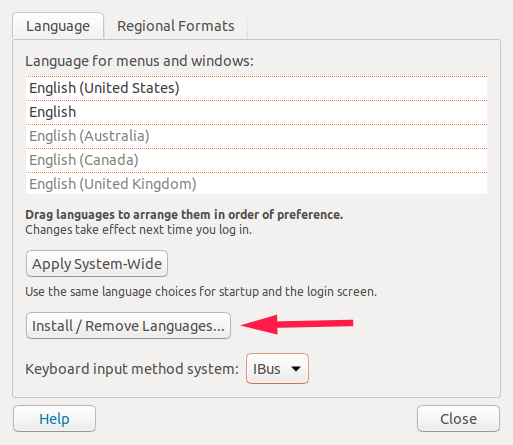 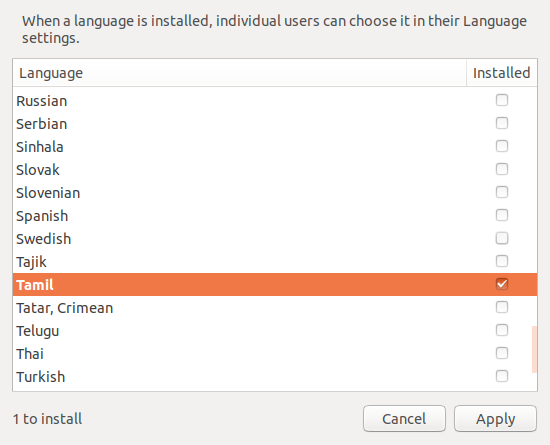 That's it. That's we have successfully setup multilingual input method on Ubuntu 18.04 desktop. Similarly, add as many as input languages you want.

Type In Indian languages and/or your preferred languages

Once you have added all languages, you will see them from the drop download on the top bar of your Ubuntu desktop. 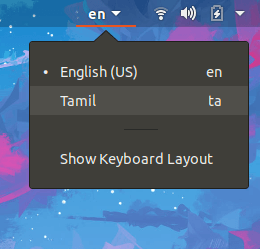 Alternatively, you can use SUPER+SPACE keys from the Keyboard to switch between input languages. 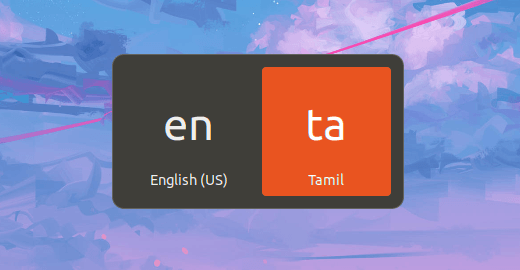 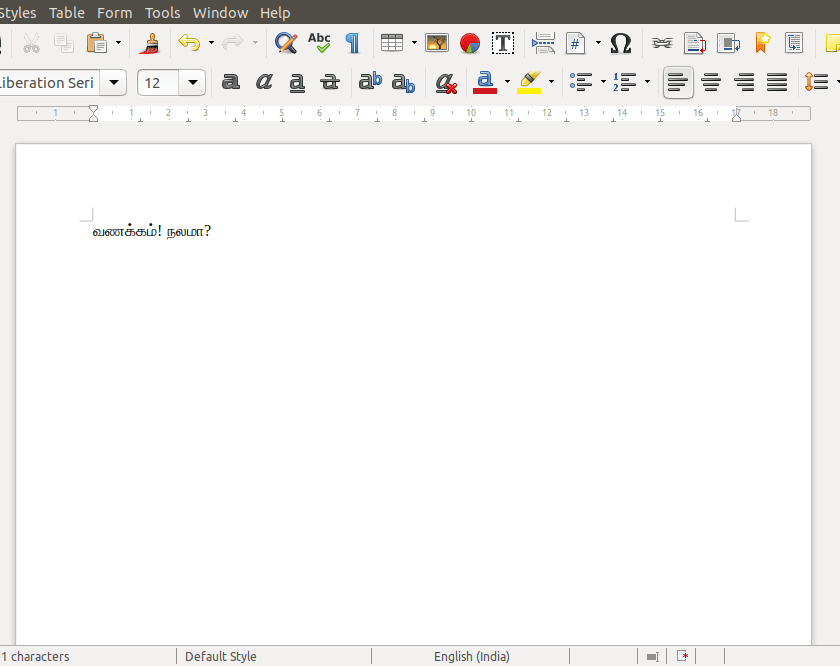 Type in Indian languages in Ubuntu

We need let IBus to start automatically on every reboot, so you need not to start it manually whenever you want to type in your preferred language.

To do so, simply type "startup applications" in the dash and click on Startup Applications option.

In the next window, click Add, type "Ibus" in the name field and "ibus-daemon" in the Command field and then click Add button. 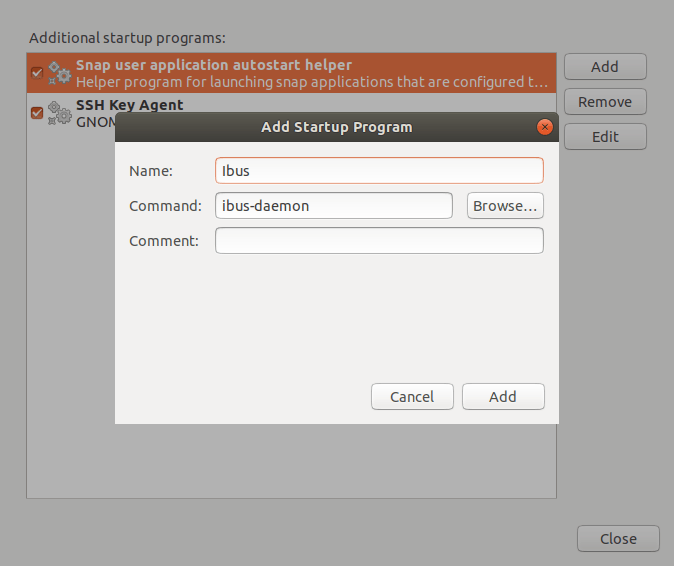 From now IBus will automatically start on system startup.

So, it is your turn now. What application/tool you're using to type in local Indian languages? Let us know them in the comment section below.

How To Type Indian Rupee Sign (₹) In Linux

I have all this working for a romanized keyboard for Lao language, under Ubuntu 18.04
But I am using a national keyboard (Swiss french), and ibus-m17n engine uses the US layout.
So I have to modify the mim table accordingly (and it becomes very complicated with friends using the French keyboard).
ibus-setup has an option for this, but Ubuntu is using ibus in another way and does not “listen” to what is setup with ibus-setup.

this method is good for many languages, such german language, but no use for chinese language input.

any idea how to do Chinese language input using ibus ?

I don’t know why this method is no use for Chinese. I will check and update the guide if I find any workaround. Thanks for letting me know.